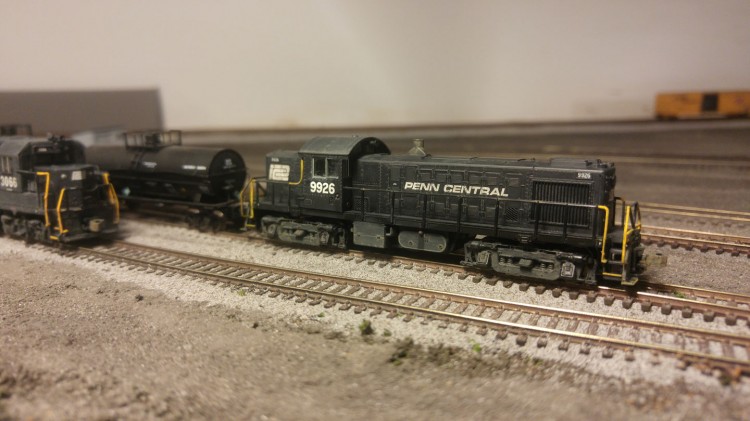 A few years ago, I purchased a model of one of the Black River and Western’s RS1. I have a soft spot in my heart for the BR&W, since it was one of my first train rides, but I found I barely ran the locomotive. When Atlas had a sale on decorated shells, I knew it was time to make it something I’d run much more frequently.

Modeling 9926 was a basic job of doing some detail painting and weathering. The engine is essentially a “stock” RS1 (although, the PC shell on the chassis that came from my BR&W unit).

Weathering black locomotives is much more difficult than most other colors, because you have to lighten everything (but not too much). The majority of the weathering on 9926 is thinned “grimy black” and “dirt” paint from Poly Scale. 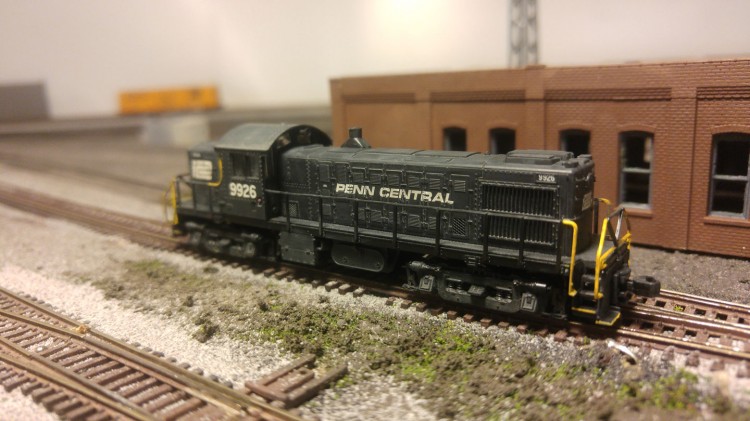 The weathering was applied in two sessions. With the photo above showing the end of the first session with just grimy black. The photos below demonstrate what was achieved by adding “dirt” into the mix. I also used a little plain black to simulate fuel and oil spills. The weathered metal exhaust stack was also done by drybrushing some “dirt” paint on the stack itself. 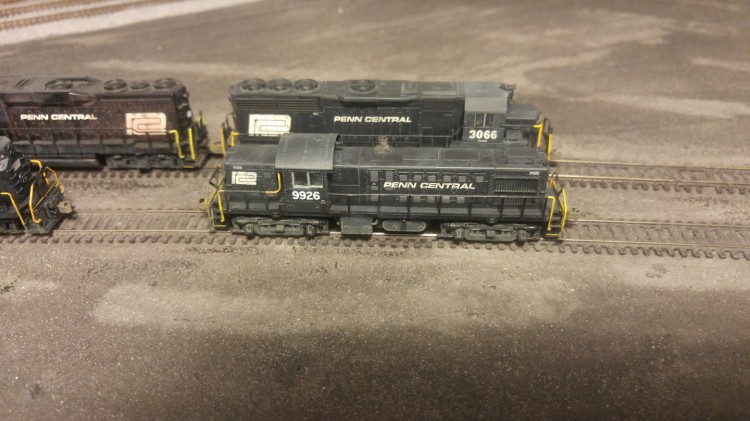 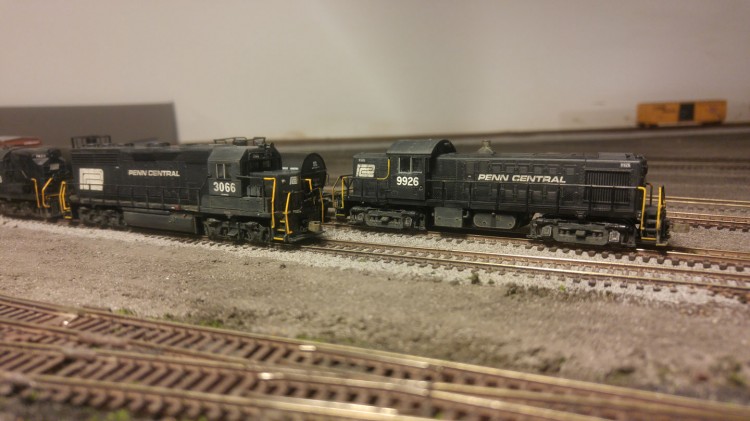 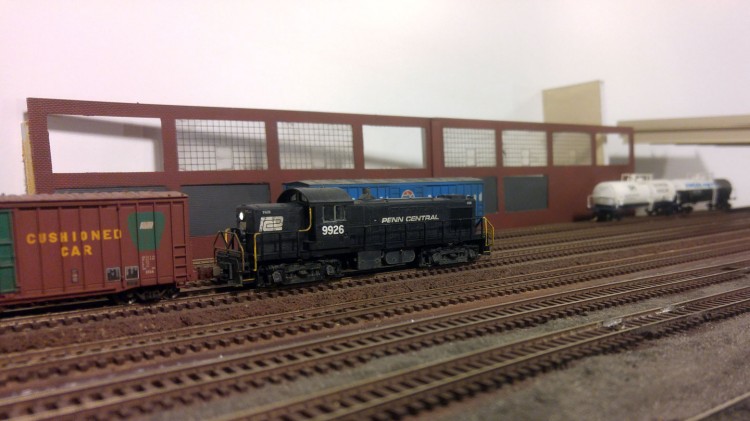