The annual BANTRAK Festival of Trains show at the B&O museum is coming up, which means I’m going to have an opportunity to show off a bunch of my rolling stock. However, I realized my stockpile of cars needing weathering has grown significantly, so it was time to do something about that.

My general freight car weathering approach isn’t to make each car a masterpiece, but to try and get all cars up to a general sense of acceptability and realism. To that end, I’ve developed a process where I an rapidly move through cars, and do them in batches.

I use a wash technique, with either model or craft paints thinned with 70% rubbing alcohol.

Here are the cars I did using this technique in the last “binge weathering session”.

Some cars turned out better than others. I may come back to the ones I’m not thrilled with and try cleaning them up. That’s one of the great advantages of this weathering approach. 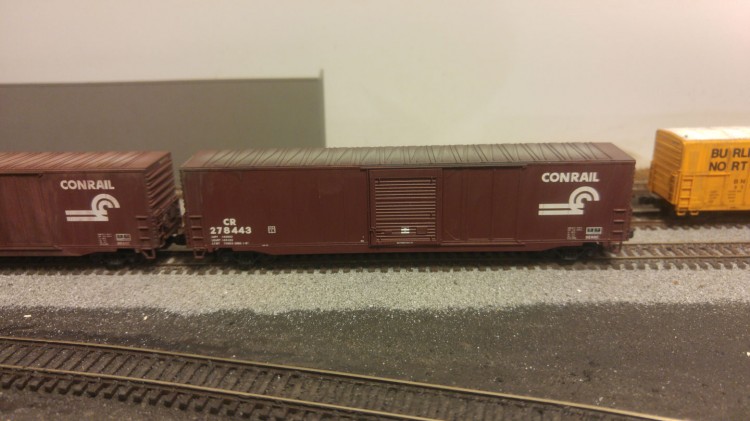 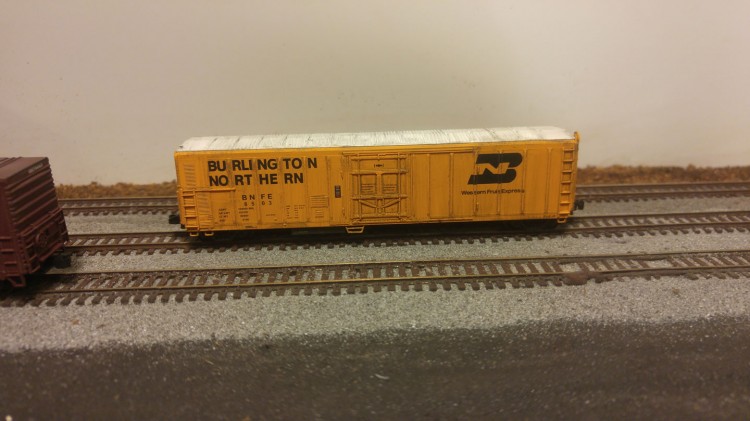