My model of Conrail B23-7 1928 had a frame that “disintegrated”, and I finally got around to replacing it.

Last year, I made a terrible discovery about the sole B23-7 on my roster: it had developed a crack through the back of the walkway/frame on one side. On disassembly, I discovered that the entire frame was crumbling. I’m guessing it was a bad batch of plastic, because, as I tried to fix one crack, two more would pop up. Eventually, the entire area was too far gone to try and patch back together. 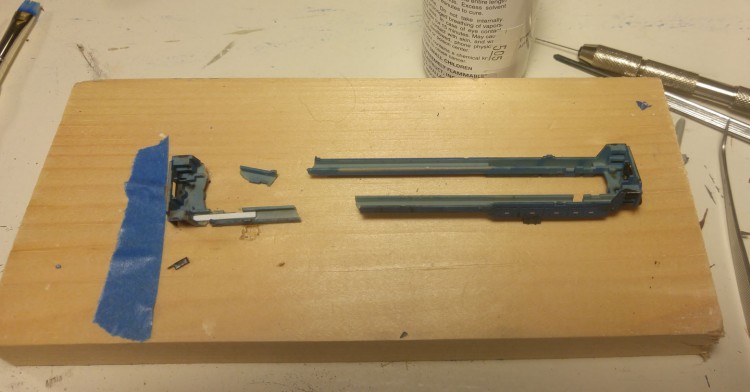 The only real solution was to get a new frame and paint it to match. I was a bit dubious about this, since my existing frame had been factory decorated, then weathered. However, using Poly Scale D&H Avon Blue, I was able to match the paint closely enough. A coat of paint, reattaching the handrails, and things look good as new. 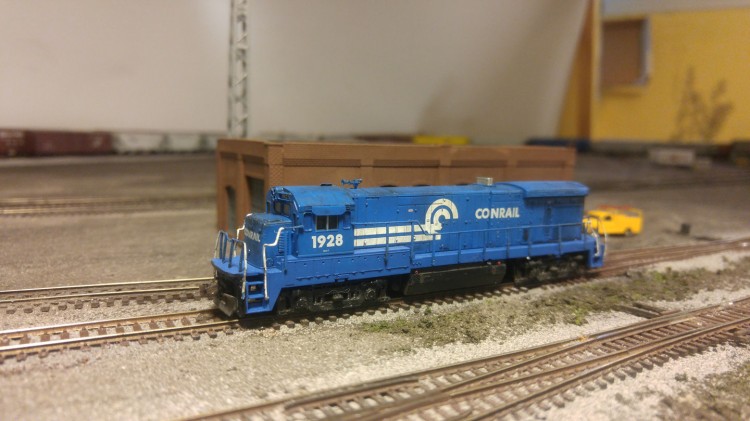