Last night I finished removing the push pins from the final yard track in my Windsor St yard. That meant it was finally time to run some trains in it.

Getting this track in was a rather laborious process but, I think, worth it.

And there were a few hiccups discovered along the way. I’ll have to fix this since a civil engineer friend informed me that this isn’t prototypical. 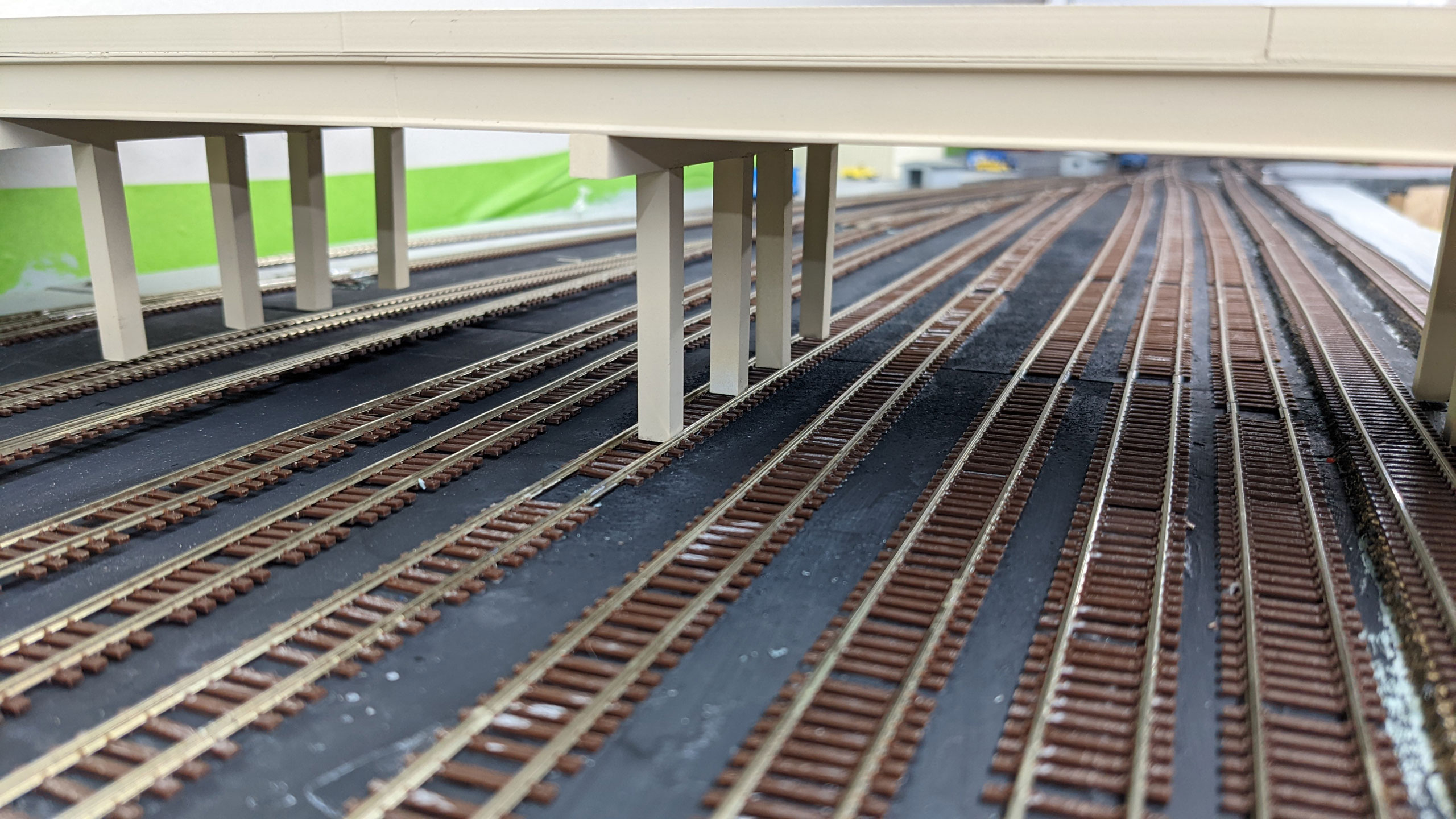 Luckily, that’s a lot easier of a problem to solve in the model world than in the real one. The one thing that I did have some concerns about was the track spacing in the first three tracks, but I tested my widest equipment and it looks fine. 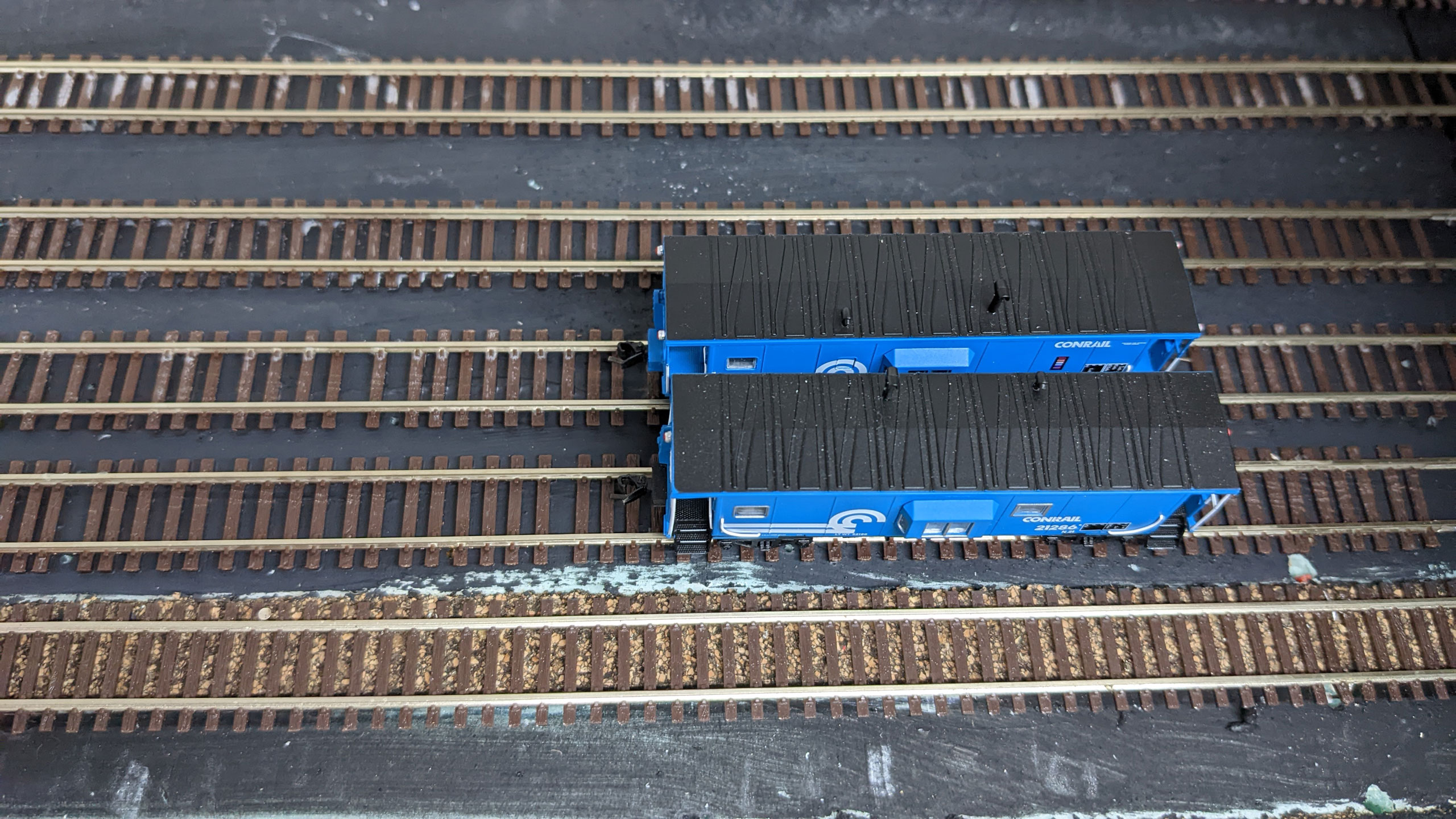 My process was generally using a “Tracksetta” to get things reasonably straight, pin it in place, then flood it with some diluted white glue to secure it. This approach works nicely and allows for solid attachment and ease of adjustment.

I was generally able to abuse the ties and glue down one longer track a night, but yesterday was able to get the final three “short rows” in and done.

Once that dried, I removed the pins and I was ready to JFRTM. Since I had my test train on the layout I started sorting some cars. 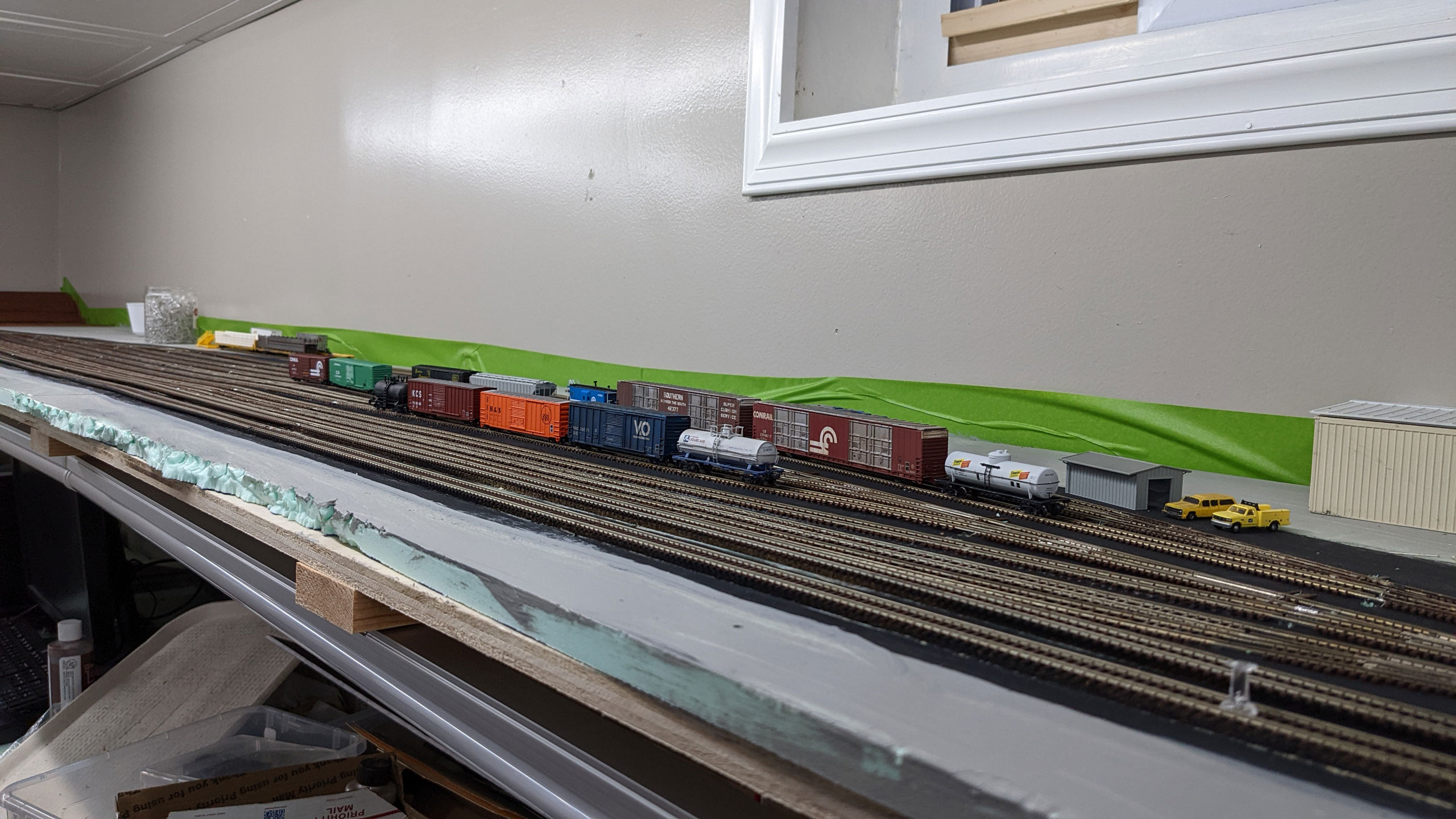 My favorite part, however, was this shot, where I caught my friend Adam sitting at the Windsor Street crossing being stuck by a train as he often was in real life. I’m sure his 1:160 version was thinking “Dammit, back to this again?”. 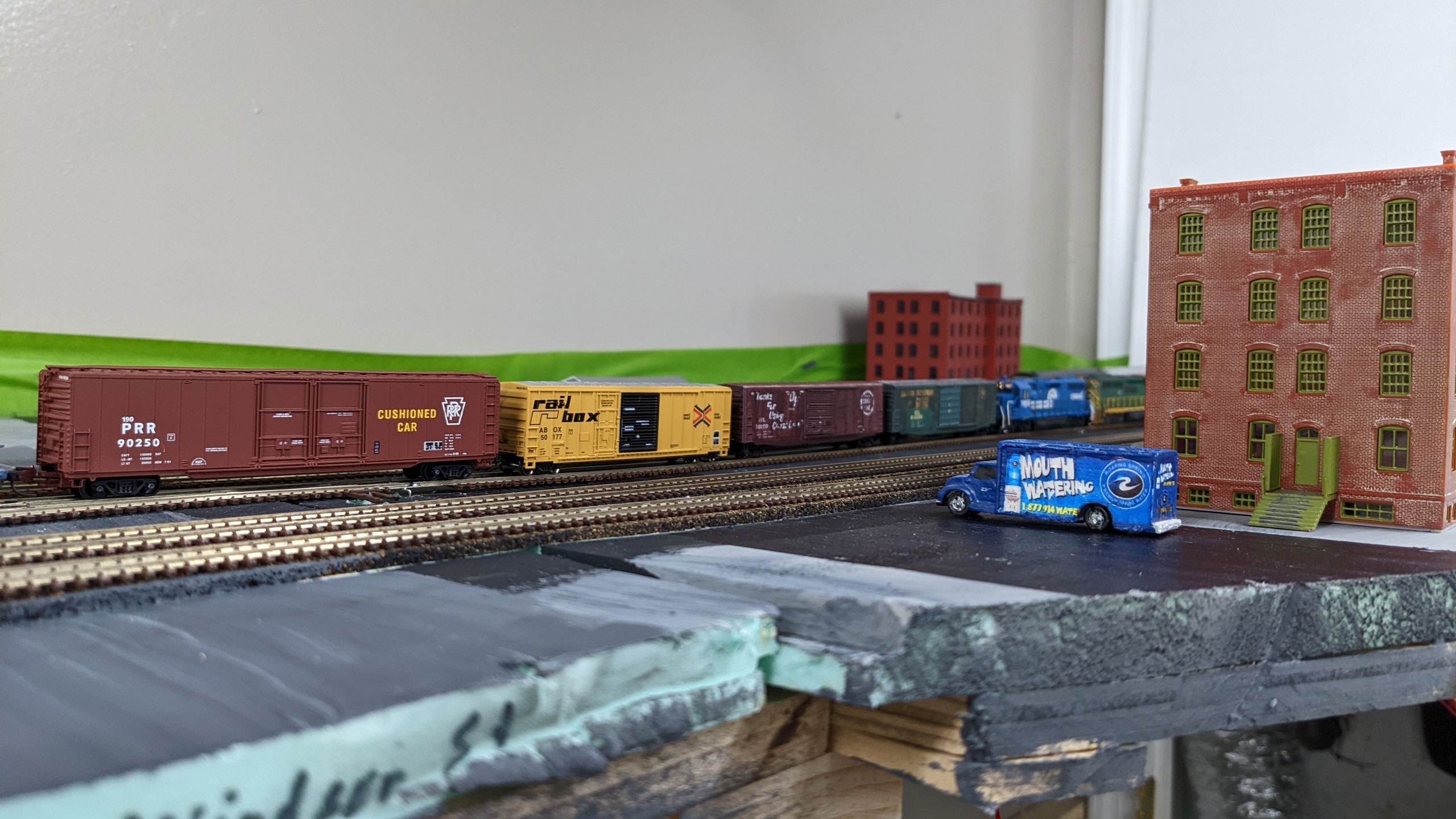