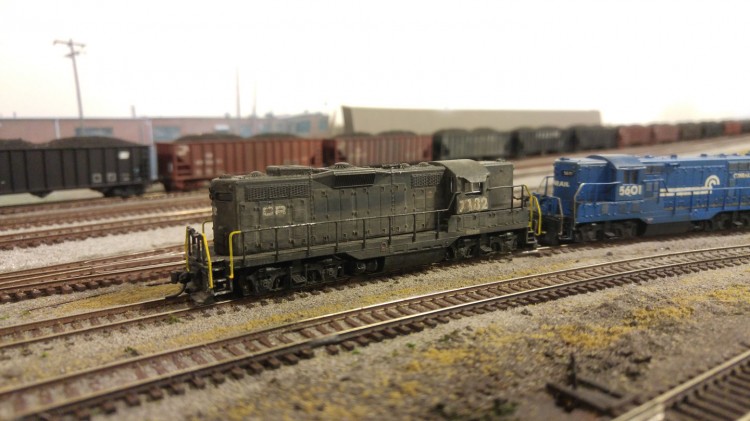 Conrail inherited a large number of early GPs from its predecessors. 7182 is a GP that is an ex-Penn Central unit that hasn’t been given its coat of blue yet.

This engine has suffered from PC’s mediocre, at best, maintenance programs and is wearing a very simple CR stencil and painted out areas where the Penn Central lettering used to be.

This engine was always a bit of a stretch for me being PC black but with a winterization hatch. However, I recently found a prototype photo of a very similar engine, and I now feel like it’s a much more accurate model: http://www.railpictures.net/viewphoto.php?id=340912.