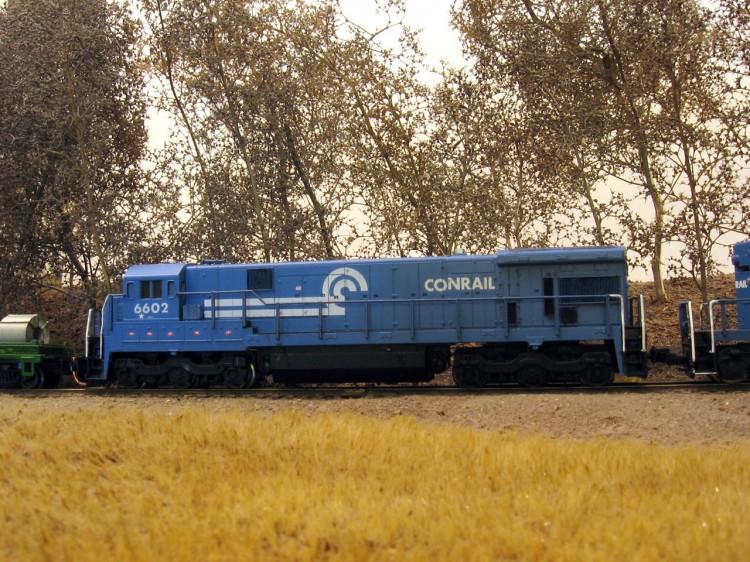 My first step was to add the add-on detail parts to make the unit look like a Conrail locomotive.

A sunrise enterprises cab signal box was placed on the conductor’s side walkway directly behind the cab. A BLMA Sinclair radio antenna then was added to the cab roof.

The difficult part of the job was the front pilot. The stock Kato C30-7 pilot was fashioned after an early production unit with a flat pilot. Conrail’s locomotives had an anticlimber flush with the front deck. I worked from prototype photos and fashioned one out of sheet styrene to fit the model.

The final step was adding a plow from a Kato SD70MAC. I really like the 70mac plows, as they have MU hoses cast on, and for the environment that I expect 6602 to live in (NTRAK and other traveling venues), the cast on hoses are a much safer option than separately applied pieces.

It’s amazing the advances that manufacturers have made in painting and printing since 1994. This locomotive came with the horns, walkways and handrails in unpainted black plastic. Warning labels and additional paint details? Forget it…

The next step was to fix the unpainted areas and detail parts. I used Poly Scale Conrail Blue, since it’s a pretty close match to the Kato blue. While I had the blue out, I also used it to blank out the outer two cab windows, as was done to all CR units in the early 80s. This was to cut down on the amount of expensive FRA Part 223 compliant glass that would have to be maintained. Initially the plating was applied in a way to preserve the outline of the windows. As time went on, however, the plating was changed to the outside of the cabs and the outlines of the windows disappeared completely.

Black detail parts items were given a coat of black, as was the entire unpainted undercarriage: the trucks and the fuel tank. I also did the walkways and stairwells. I also applied black paint to the number boards.

Some silver paint to replicate the unpainted exhaust stack and some light gray was touched to the class lamps on the nose and rear to highlight these parts.

At this time I also applied a number of warning labels. One of the things that really stuck out on photos of these locomotives were the plethora of warning decals on the various doors, especially the battery boxes directly below the cab. I used lots of items off ofMicroscale’s Diesel Data (Item #60-48).

I also applied a number of CR specific detail decals: the C30-7 model designation and the star that identified 6602 as a unit participating in a fuel consumption survey. These stars and model designations came from Microscale’s 60-628 CR Diesel Data sheet.

The unit was finished with a light coat of weathering, mostly using a black wash to age the paint on the main carbody, and a thicker one applied multiple times to darken the grills. I then used a very dark gray wash on the trucks and fuel tank to slightly soften and fade the black. 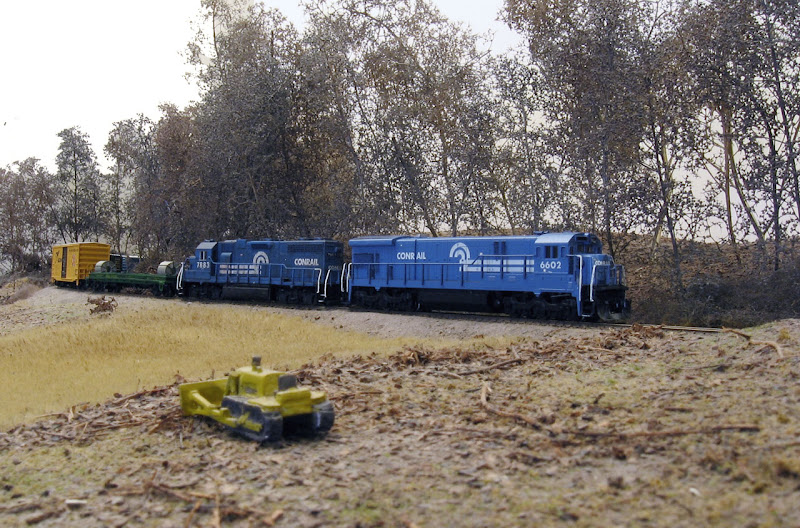