What I’ve been up to: More TTRAK stuff

I was starting to get burned out on messing with Atlas Code 55 track so I decided to take a break from working on my Coal Country plan and spend some time with my TTRAK modules.

Last year I started building some TTRAK modules based on the chemical plant that my Grandfather worked at in Philly: Rohm & Haas. 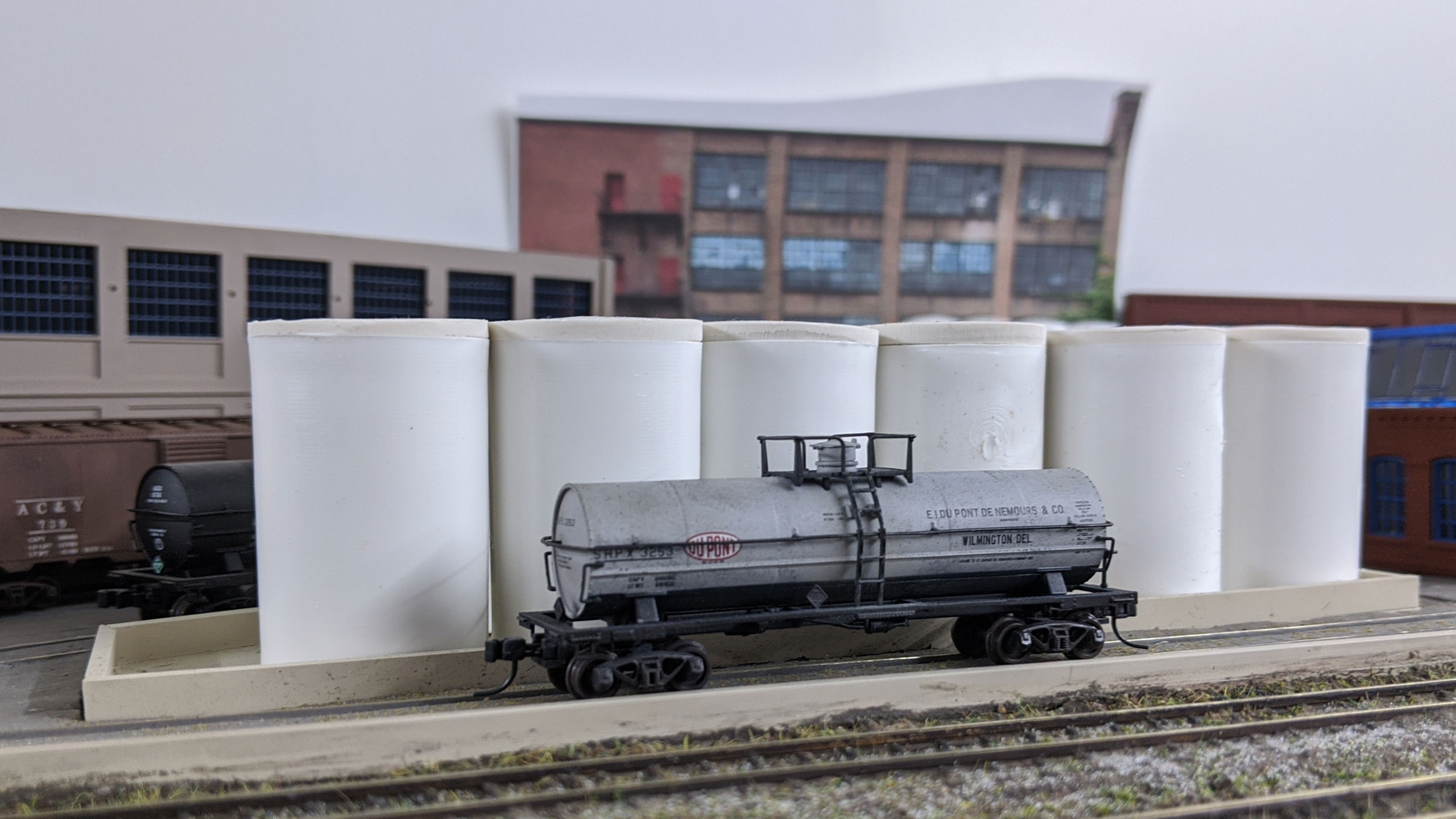 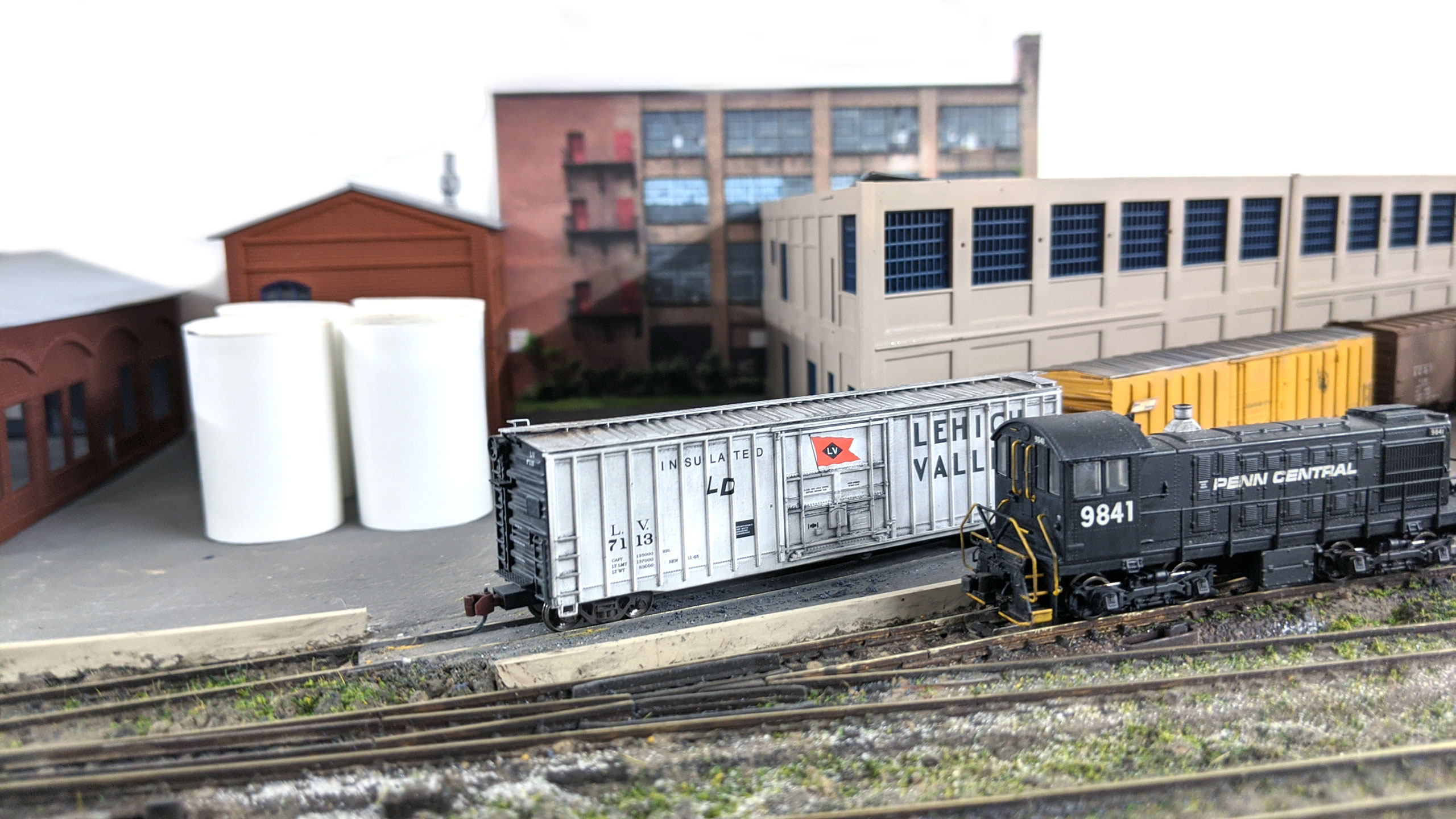 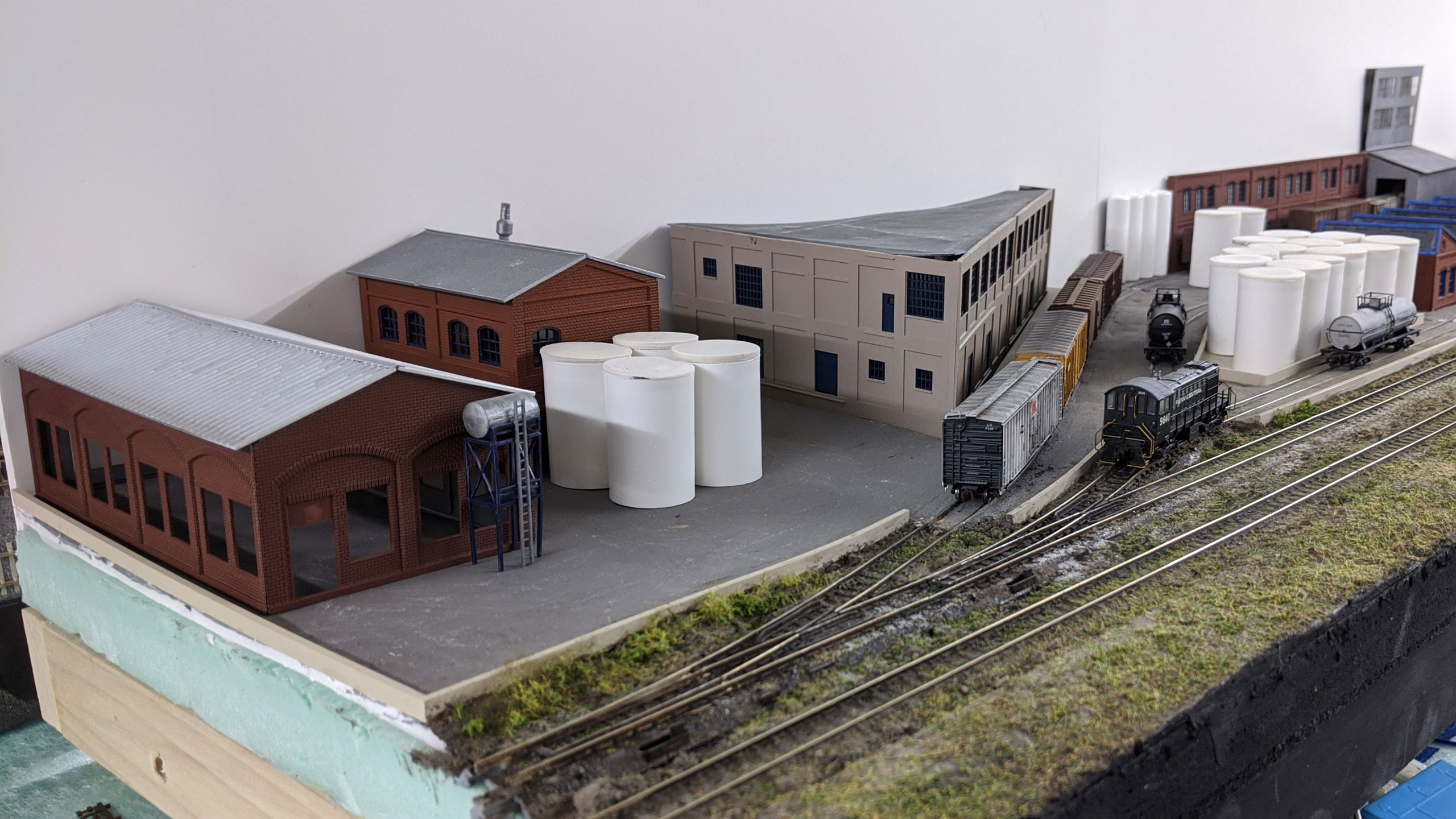 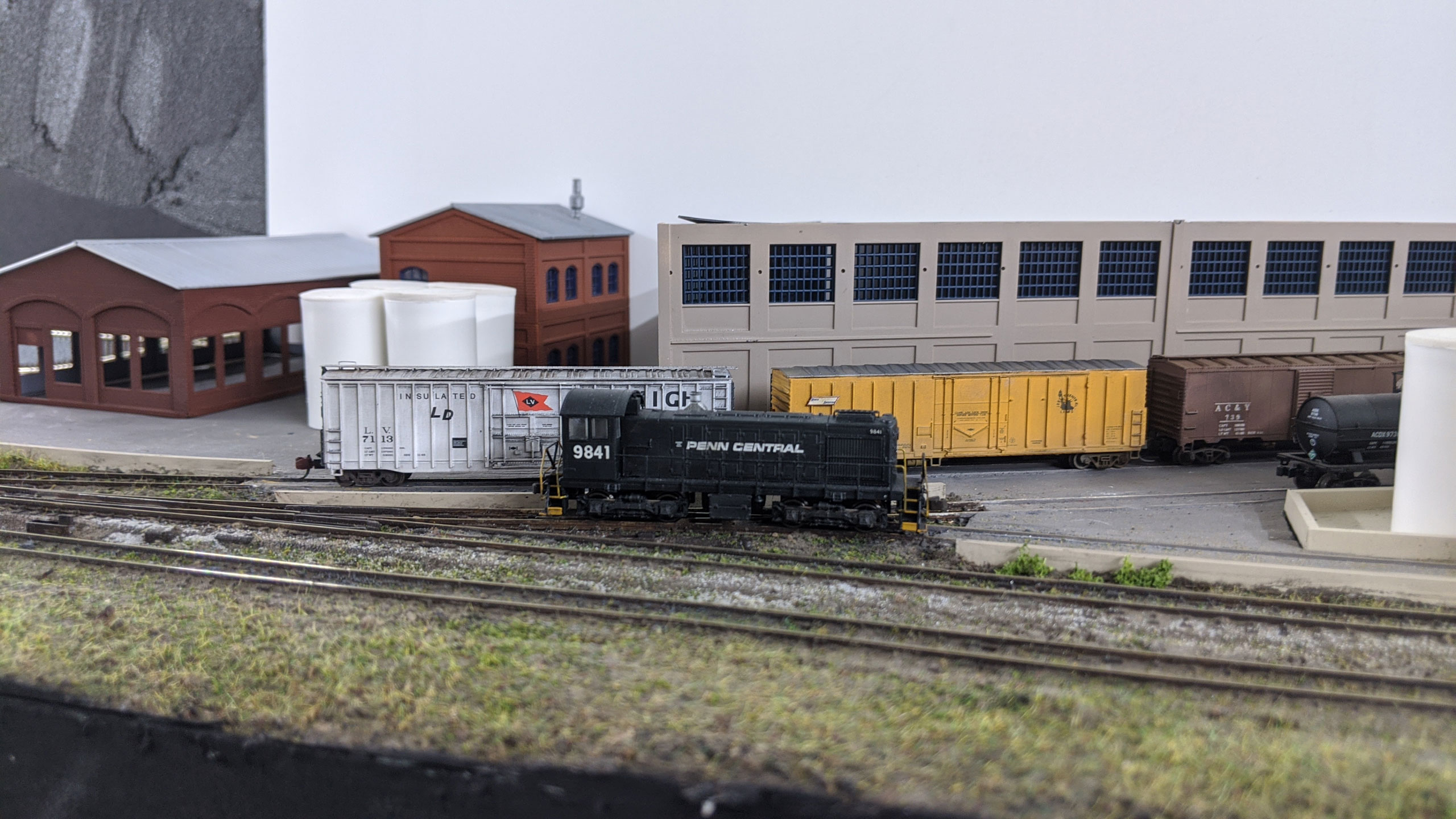 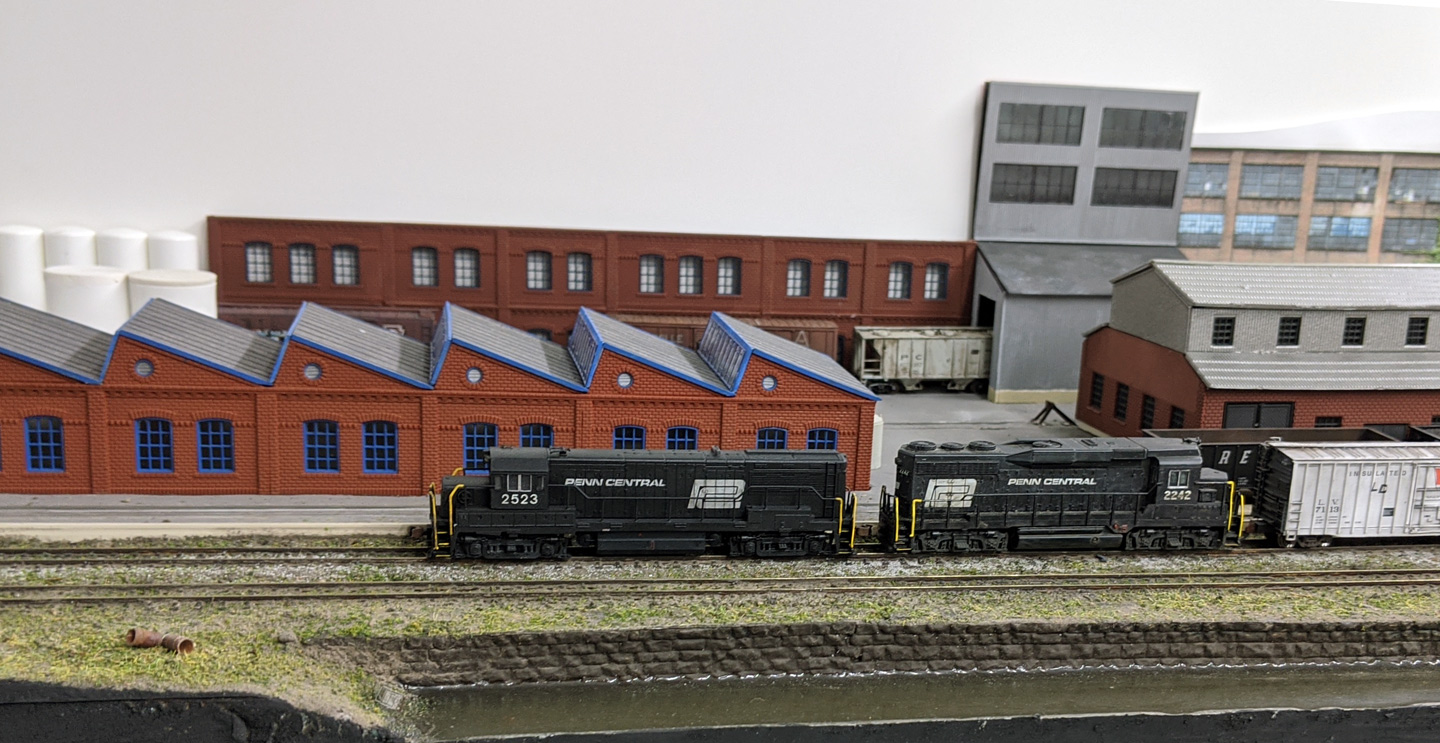 Those modules have been coming along well (although I’m still struggling with piping and tanks), and so I decided to expand what I was doing a bit further out from the plant to include some slices of the Bridesburg neighborhood I remember from growing up.

The first stop was the corner across the street from Rohm and Haas that has a 7-11, a Chinese joint and a good bit of Bridesburg character. I decided to infuse the spot with a bit of influence from Marcus Hook where I have also enjoyed railfanning and where the trains run in close proximity to the residents 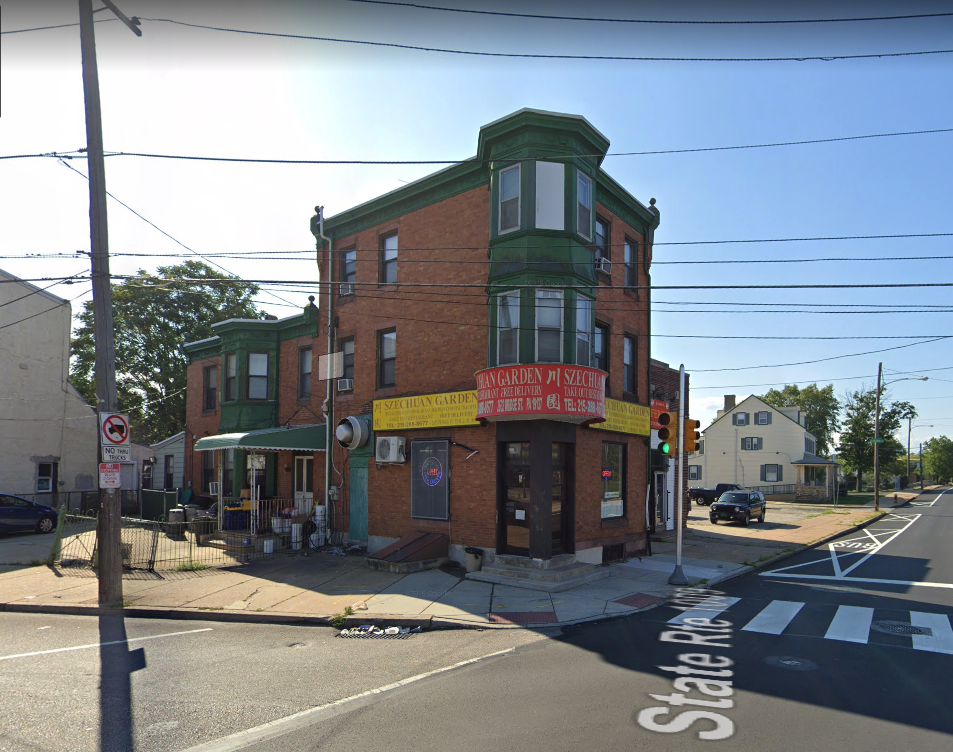 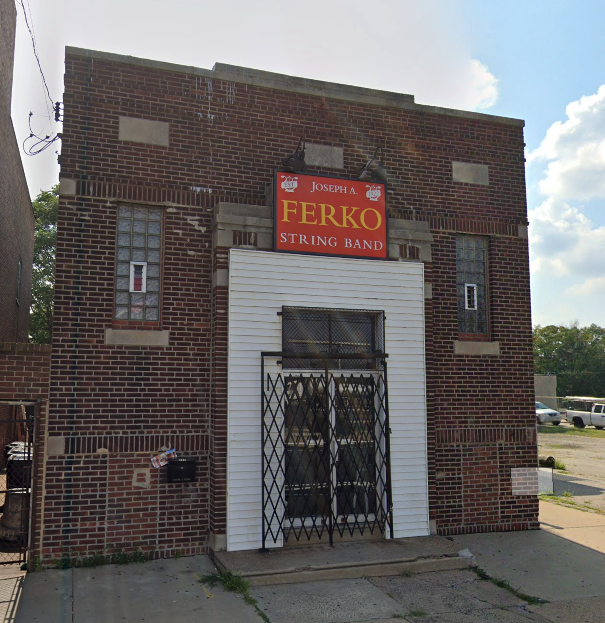 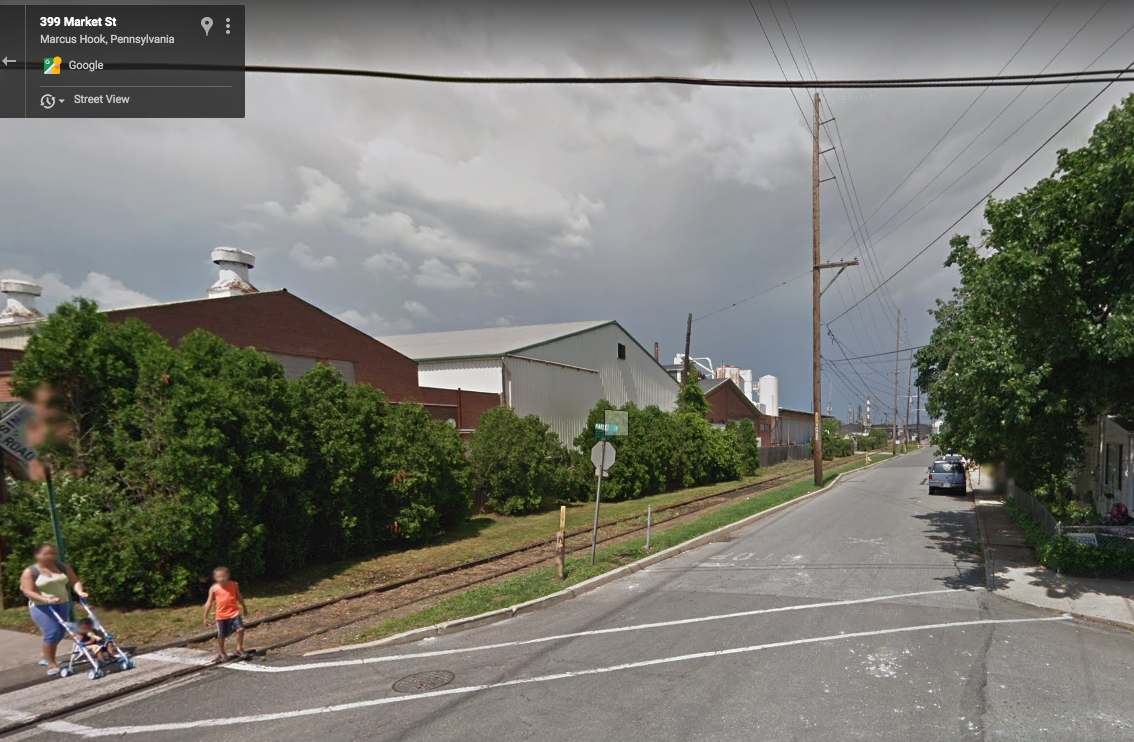 Those influences yielded my general plan. 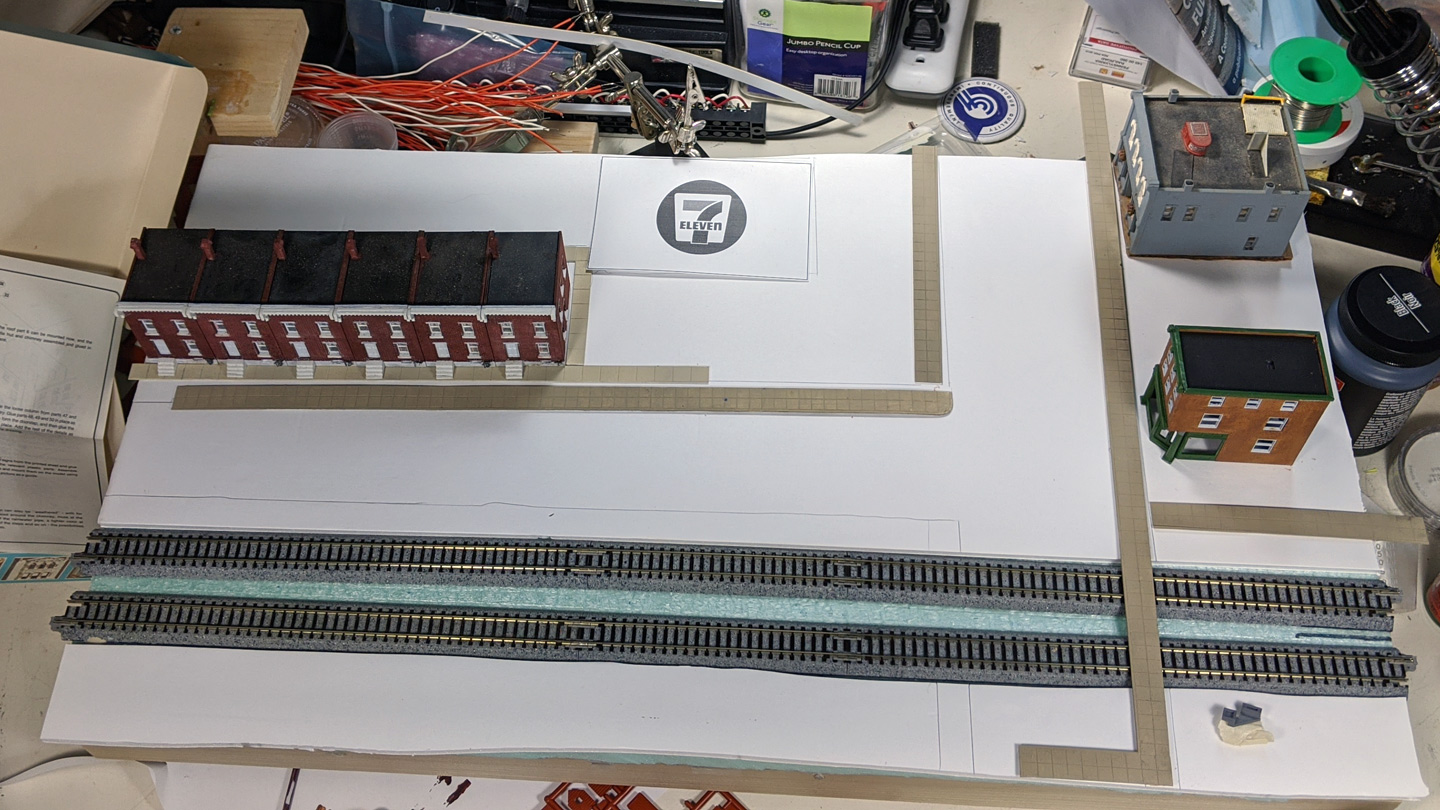 That plan has since been moving along nicely. 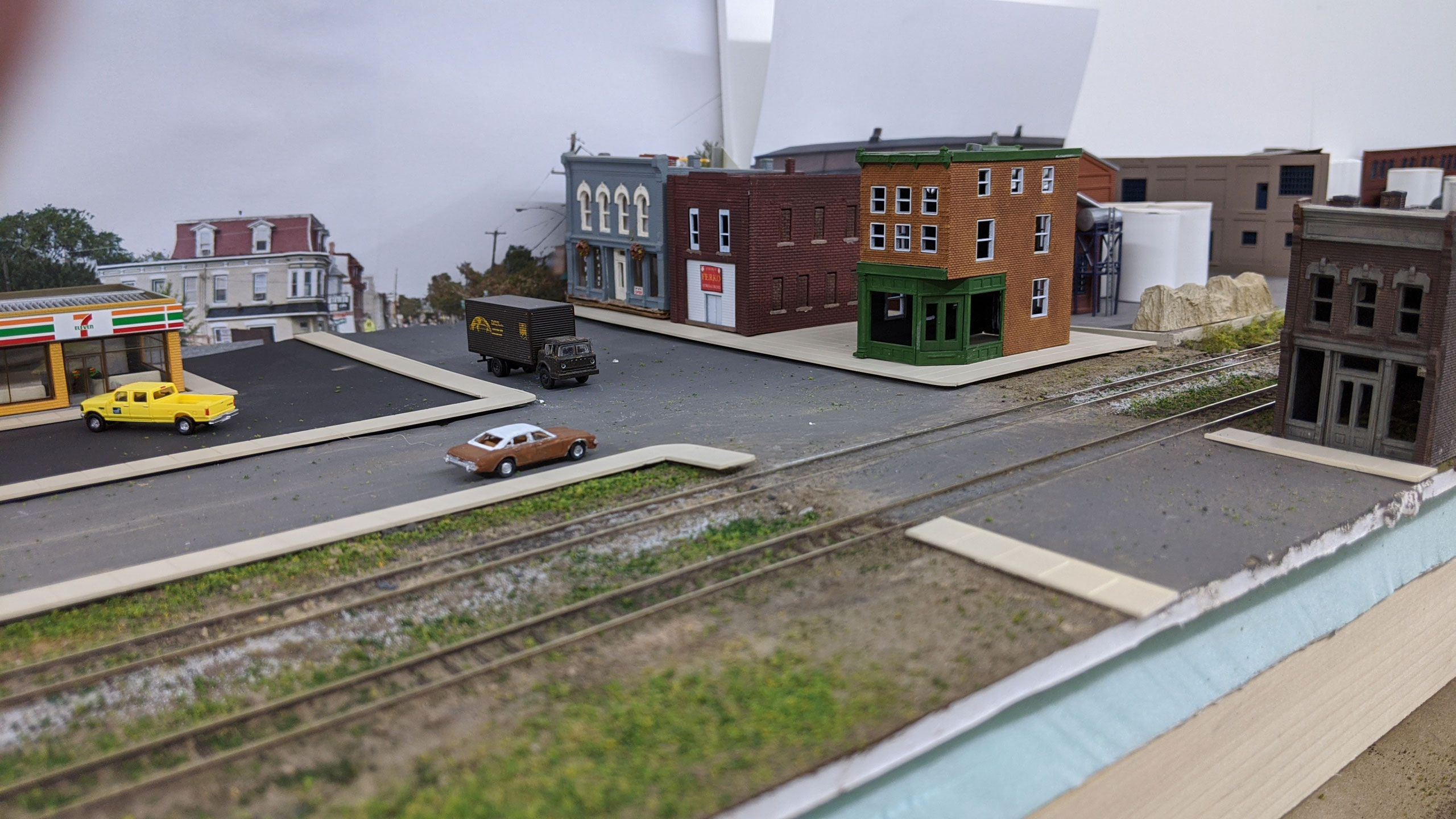 With the Bridge Street module coming along, I needed to do a set of end cap corners so I could JFRTM. The first corner became an extension of the same scene but also included a kitbashed building that is an amalgam of a number of houses I remember from my childhood. 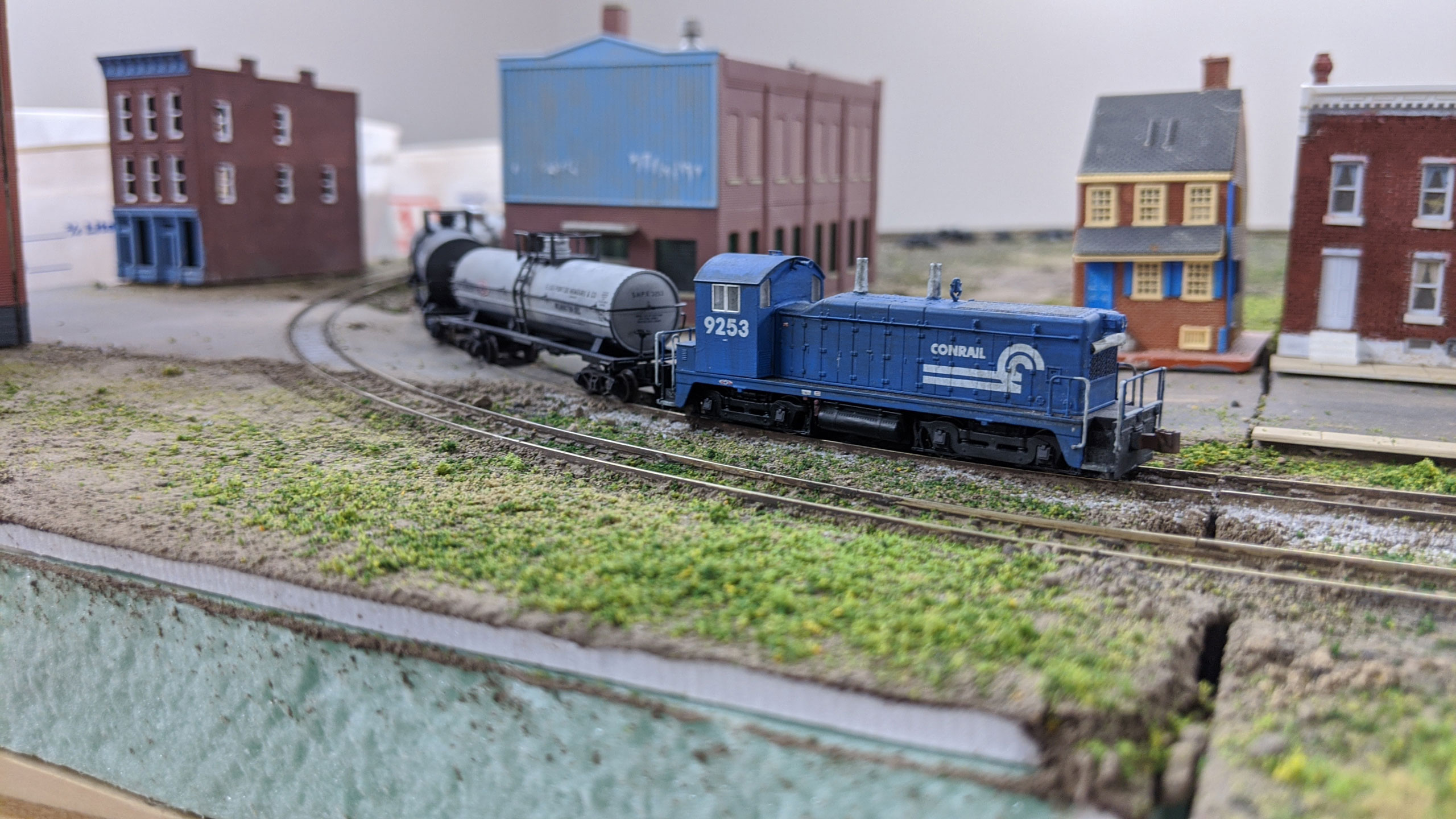 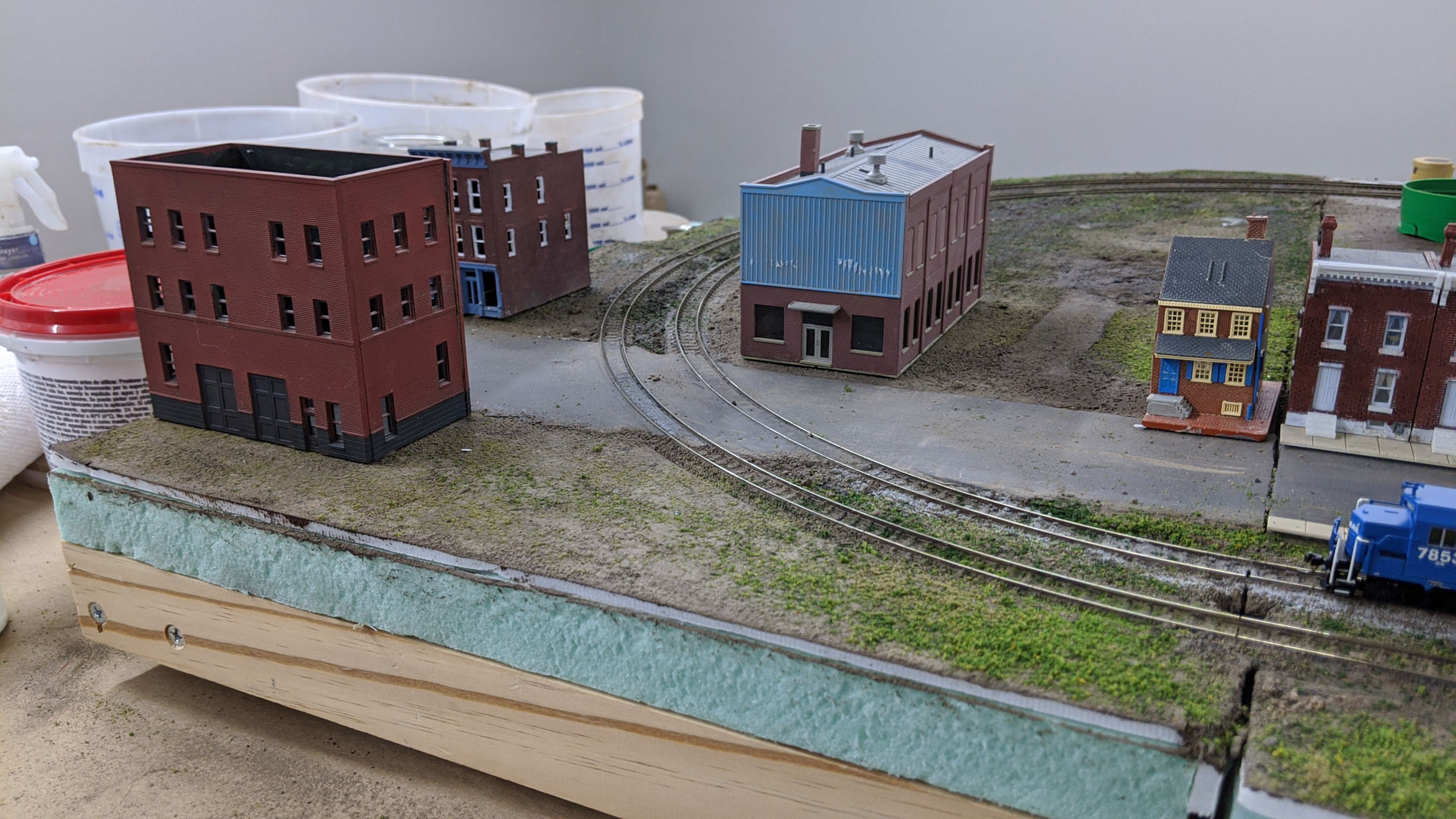 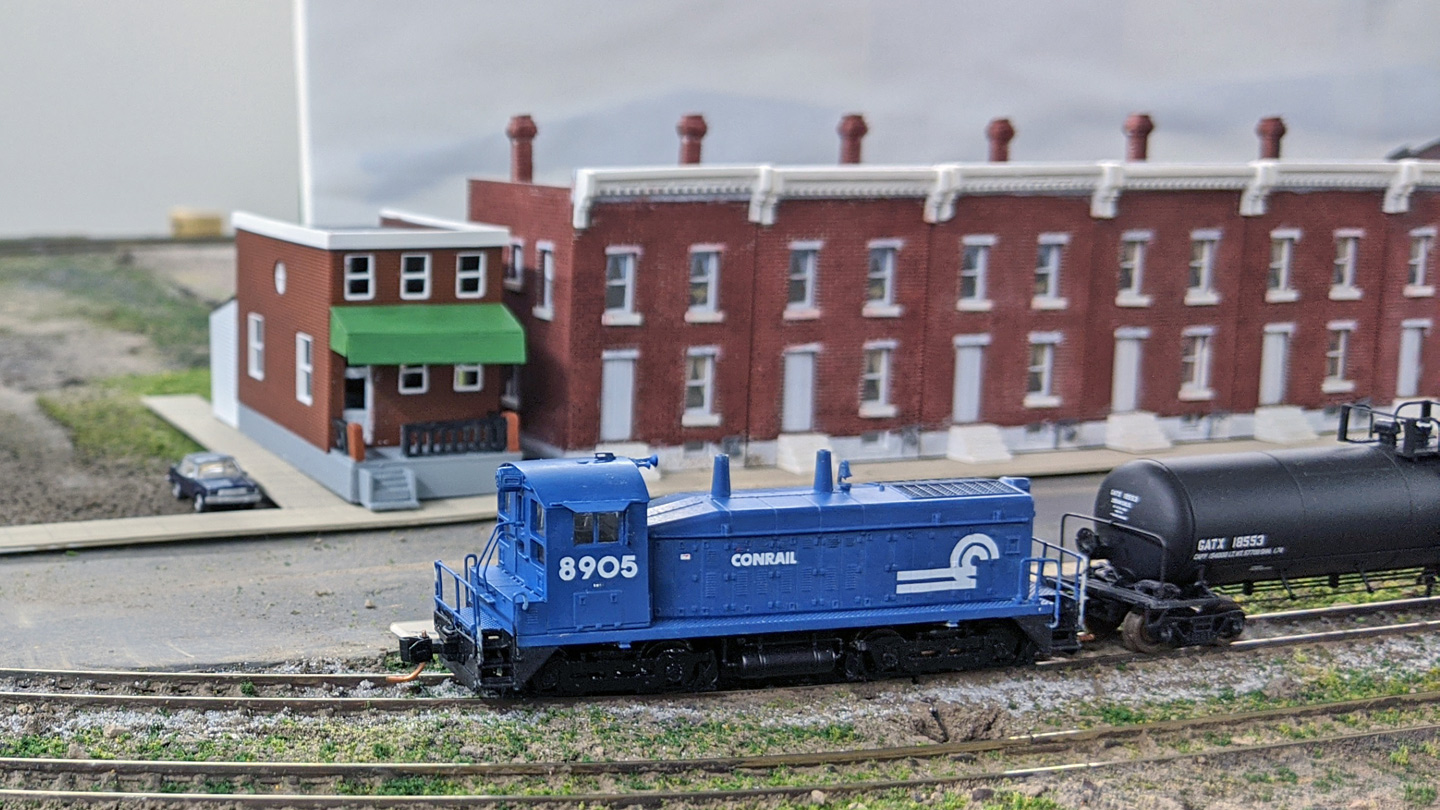 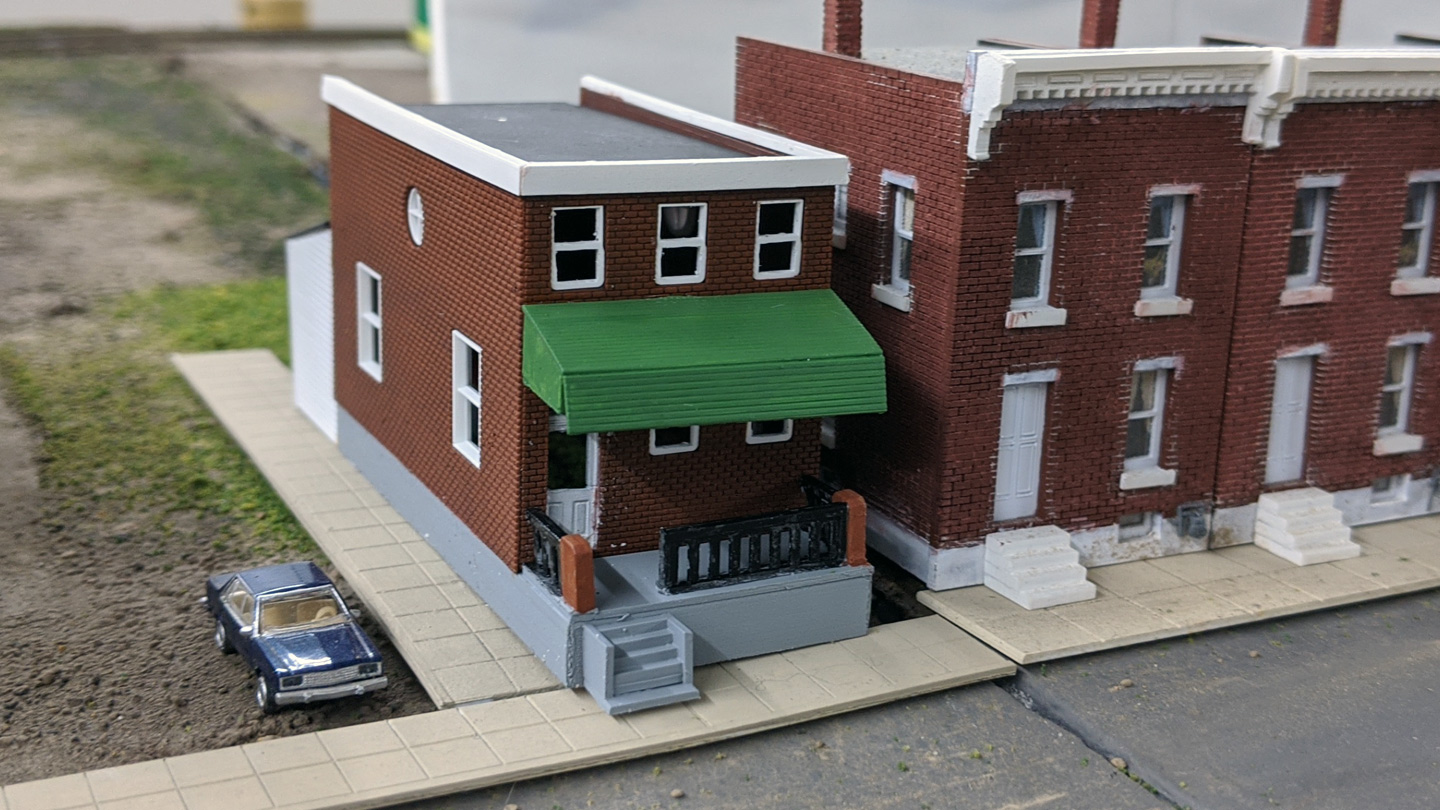 Behind/next to that corner is another scene that’s in progress. It’s a bit more infamous in Philly history: a tire dump named “The Philadelphia Tire Disposal Company” after the one that caught fire and melted Interstate 95.

This module has required and is requiring the creation of thousands of N scale tires. I’m using slices of old wire insulation. There’s a thread on the Railwire with my process. Here are a few current progress pics. 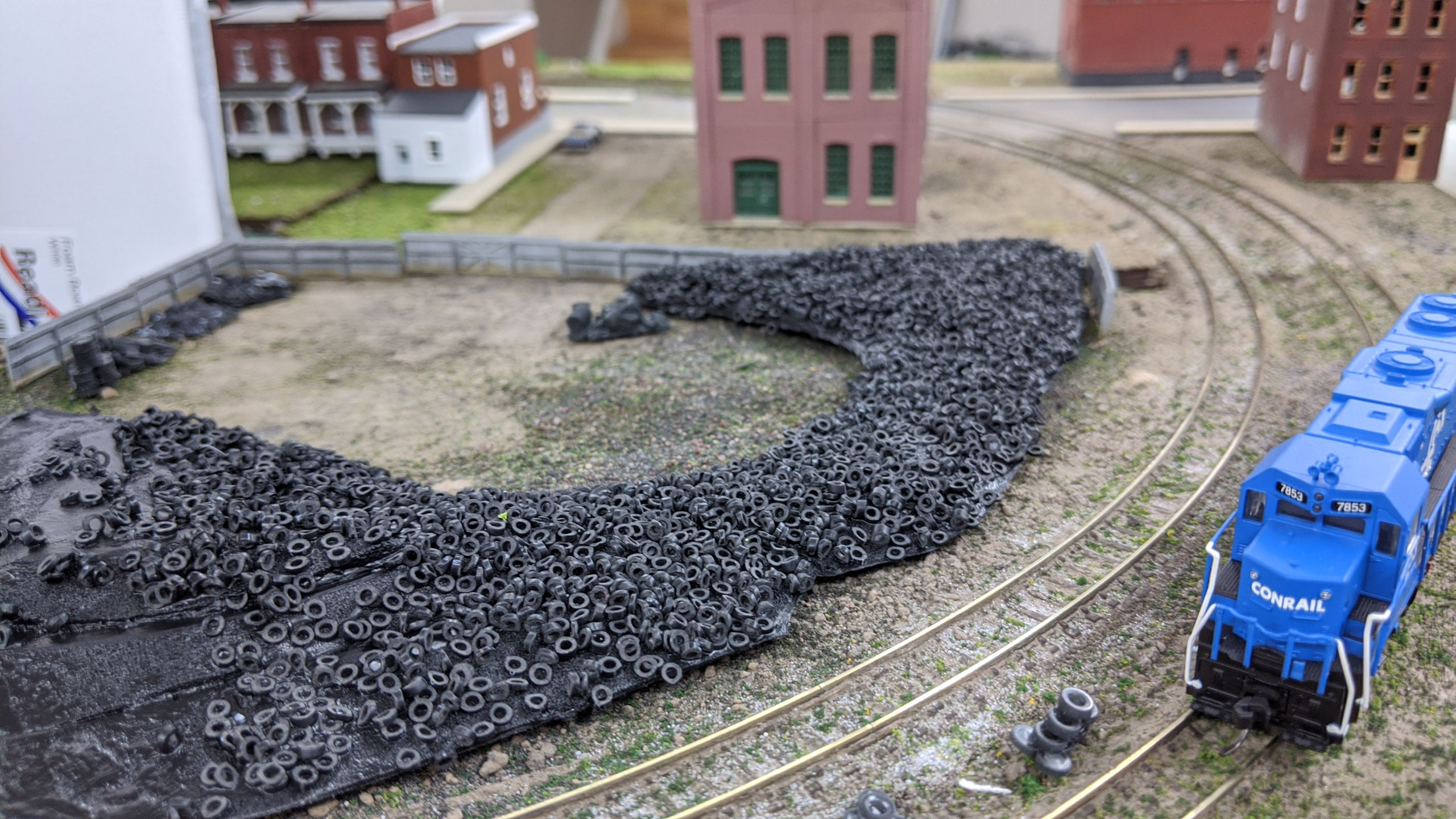 I have a few more ideas for other modules to come, but this has been a lot of fun and a great way to combine my current modeling sensibilities with nostalgia for my youth.

If you’re interested, you can keep up on my progress on this project with the Railwire thread all about it.