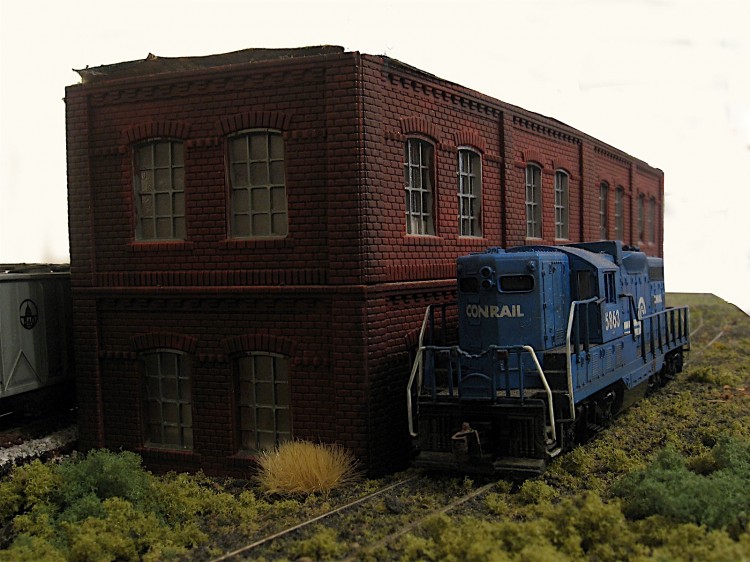 OneTRAK is an extension of the NTRAK specs that allows modelers to build interoperable modules with a single track. This allows us to model scenes where the NTRAK three track spec would not be realistic. It also allows us to build shallower pieces (1′ as opposed to the NTRAK standard of 2′). This makes them easier to move and store.

I initially built this module as part of a planned home switching layout, but always with the OneTRAK spec in mind for future use with others. As BANTRAK (Baltimore Area NTRAK) got interested in starting a Onetrak section for our layout, I was glad to have this pretty far along and was able to use it to demonstrate some of the concepts and possibilities of what the format could do.

The module represents a generic urban area with manufacturing and a scrap yard. I was heavily influenced by two specific Baltimore locations, the area along CSX in West Baltimore and the remains of Conrail in the Canton area. I also looked at a scrap yard in Northeast Philly near where I grew up for a better idea of what these looked like.

Microsoft’s Maps.Live.Com really help give you an idea of the scenery I’m talking about. Their map webapp is probably the best thing that company has ever done.

The module itself was designed to be very versatile. The BANTRAK OneTRAK effort is still in its nascent stages, and being able to accommodate many situations was one of my goals. The track plan allows for four major uses.

I originally drew the plan for this module in Atlas’s Right Track Software to make sure everything would fit as I wanted.

The module uses Atlas’s Code 55 track products exclusively. You can read more about my thoughts about track in my track techniques article. It is also where I developed my trick for hiding Caboose Industries ground throws.

I hate soldering. As a result, this module utilizes four technologies to make wiring quick and easy.

The module contains two major and one minor industries. 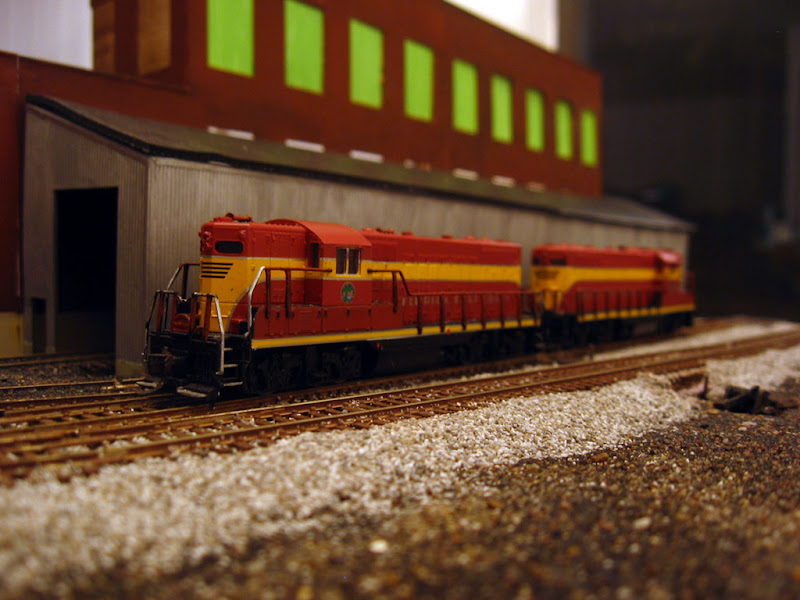 The first one is a generic factory. I’m still working on exactly what it does, but it’s got an enclosed loading dock that holds up to three 50′ cars. I’m still trying to figure out exactly what to call it.

The structure was kitbashed from two kits, a Walthers paper mill kit’s brick building, and a Bachmann car shop building. One of the most stand-out features of this structure are the green fiberglass window inserts. These window inserts are staples of many post-industrial structures which have needed translucent window coverings that weren’t prone to breakage and vandalism like glass.

This industry is located in the upper right on the image above. 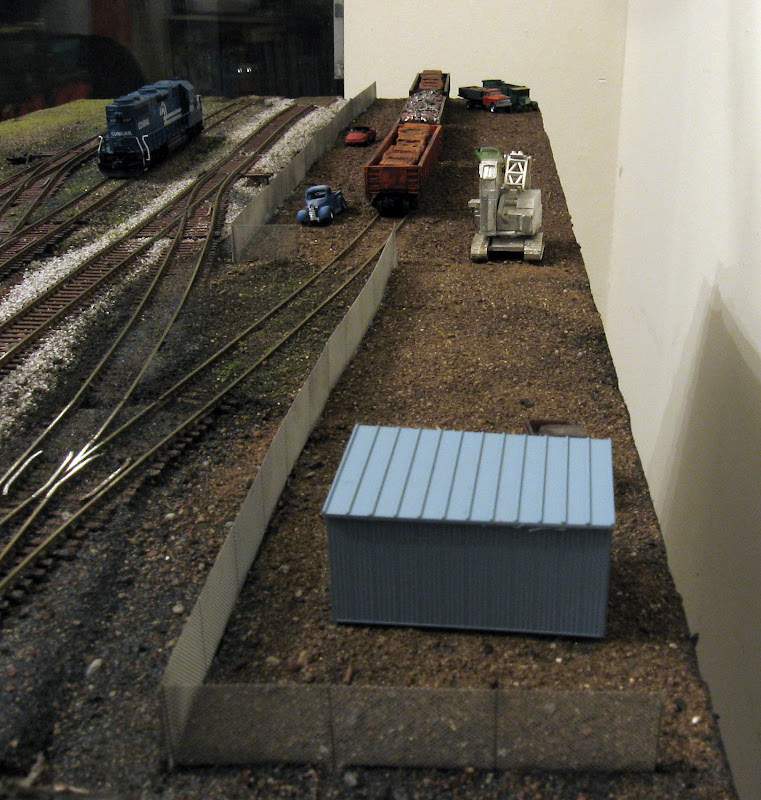 The second major industry is the one patterned after the scrap yards in Philly and Baltimore. It has space for three 50′ or two 70′ gondolas. I’ve built a Railway Express Miniatures High-cab American crane with an electromagnet to demonstrate the purpose of this spot. It’s surrounded by a BLMA chain link fence and has a number of hand painted Fine N Scale scrapped car piles.

This scrap yard is designed to represent a yard that aggregates local scrap and ships it to another location where it is to be shredded.

This industry is not shown in the trackplan photo above, as that photo was taken before I replaced the industry visible there with the current scrap yard. The scrap yard is located in the upper left of the photo above. 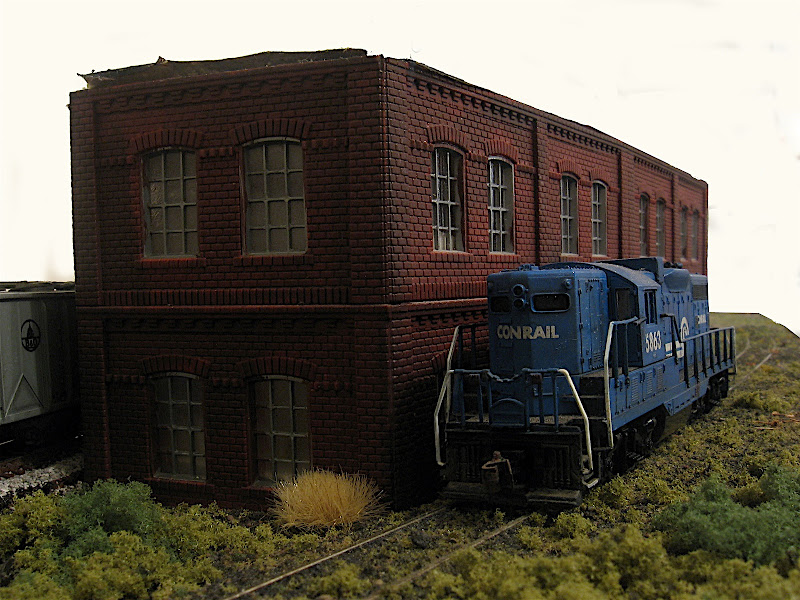 I hadn’t initially planned to have a third structure dead-center on the module, however, as I looked at the module more over time I realized that I wanted something to break up the sight lines and to increase the “clutter” of the urban scene.

This structure is made up of model power factory sections but was assembled into an odd shape to fit the space between the tracks, much like structures in real life.

This is another structure that I’m not sure exactly what it represents. It’s like many N Scale structures in that it’s too small to really receive rail service. I see it more as only part of a larger industrial complex that exists off-module to the front.

The track serving this facility is almost overgrown, indicating very infrequent service and serving as a very interesting place to pose rolling stock.