As I started planning my other layout project, an operations oriented affair patterned after Conrail’s operations in the Canton area of Baltimore, I realized that there was another itch that wasn’t scratched: mainline operations. I came up with a plan to address that.

This was driven home, even more, by visiting my friend Eric’s empire in progress. I was watching my SD40-2 and C30-7 cruising through an eye level 10′ scene with a nice long train when I realized “I want that”. Then, I realized that Eric’s rebuilt sections of his layout that he wasn’t happy with, even before it was remotely finished. If he’s able to do that for huge swaths of his, I can definitely do something small and scratch my itch.

I decided to build something as affordably as possible, so that when I tire of it, or become unhappy with it, I can tear it down and try over with as little fanfare as possible. By lowering the price of failure, I was much more apt to just dive in. Yes, that is a link to an article I read (the full version of) that discussed why 4chan(Wikipedia link), the hive of internet villainy that is is, is a fertile breeding ground for new ideas: by always posting anonymously, users have no “cost” to failing, be it with a joke, new meme, or “would you do me” photo.

On my drive home from Eric’s, I quickly came up with the plan in my head. Use inexpensive shelf brackets from Home Depot(~$1.50 each), and some styrofoam (to provide super light weight benchwork), and keep it simple. 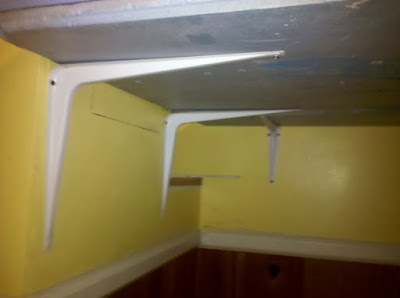 Track plans should be derived from the operations that they intend to support. The operations that I wanted on this layout are very simple: be able to watch prototype (or close to it) sized trains run through realistic scenery. Therefore, the track plan is also simple: single track visible mainline with a staging track (for some variety). The “return” line, and staging track will be hidden behind a low backdrop.

I realized that, in order to make my life a little simpler, I would extend the siding around to the front, so I could simple manual turnout controls (made from DPDT slide switches) to both control the switch mechanism, and power routing to either the siding or the mainline.

My goal on this layout, scenery wise, is to continue my theme of simple, prototypically sized scenes. In order to achieve this, it is of utmost importance to not try and fit too many “features” in, and I am going to attempt to keep the scenery simple. In this case, I intend to have one “feature” on the tangent section, that will probably consist of a single structure, like Sparks, Monkton, orFreeland. The idea is that the one scene will be a place where it would’ve been possible to railfan the NCR, while still keeping it generic enough that visiting equipment (like a friend’s RF&P powered Juice Train, or PRR M1a, wouldn’t look too out of place. 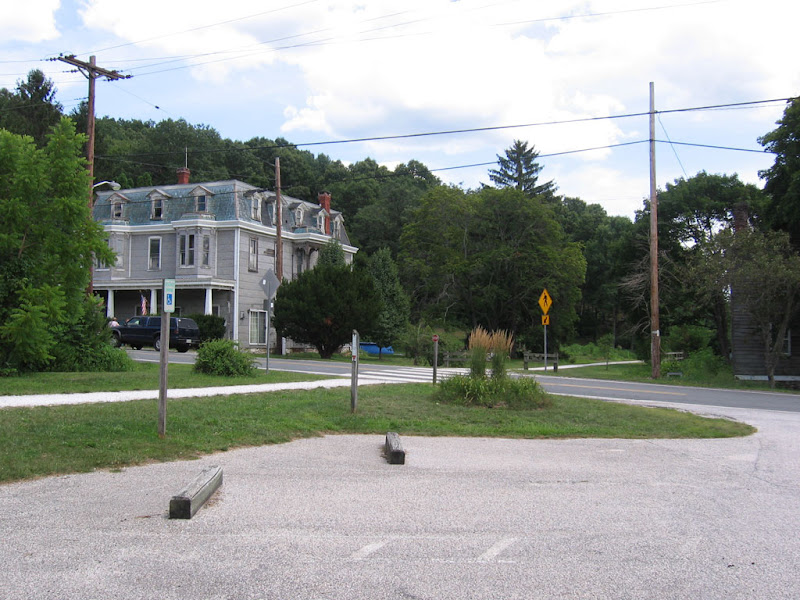