The NCR Shelf Has Been Re-homed 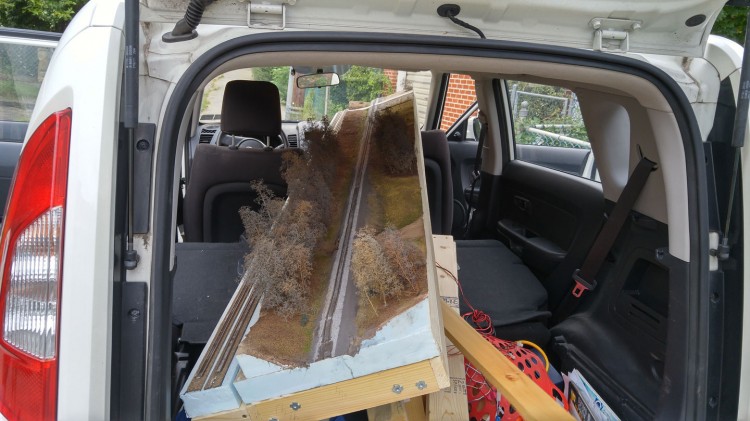 A rather big change came to my basement recently: the NCR Shelf layout that I had built has moved on to a new home with my friend Josh.

With the expected growth of the Windsor St. Yard layout, I realized that the continued presence of the NCR shelf layout was going to cause logistical issues. The new layout would be under it, but there wasn’t a good way to light it, and it would perpetually be in the way.

Additionally, I was having some problems with it that were going to necessitate a rather significant change to resolve: adding actual benchwork. The layout was created, somewhat, with the idea in mind of seeing how minimal one could be when it came to using wood to support the thing. I found something interesting in this experiment: benchwork wasn’t required for support, but it was required to properly join it all together. I was having a hard time getting the four pieces to stay together and properly aligned, making it very difficult to get trains running whenever a piece was taken down for work. The solution to this would’ve meant making some benchwork for it, but that would’ve introduced many more secondary issues. So it sat for a while, just looking pretty but not running.

Along came my friend Josh. He’s a talented PRR modeler, but was without a layout to call his own. He had a space that he thought the layout would fit into. Putting it into a new space also would mean that many of the secondary issues revolving around its current place in space could also be solved as well.

A plan was then hatched to re-home the layout to his basement. It started out by taking measurements and building some very basic benchwork to support it (as it would now be free standing) and to allow the pieces to be solidly joined together.

The next part was to take it down to his place in parts. Being the urbanites we are, the whole thing would not fit in either his or my cars, but it could travel piece by piece. Over the course of a month or so, benchwork sections were completed, layout chunks were attached to them, and they made their way to their new home in the back of his car.

We then took a few evenings to get it setup in his basement. We created 2×4 legs for it, so it could stand, so that worked well, but we encountered something we hadn’t planned for.

While we had made sure to measure to make sure it’d fit in his car, we never actually measured his basement. He had a room in mind where it should’ve fit, but when we got it down there, we were a few inches short. 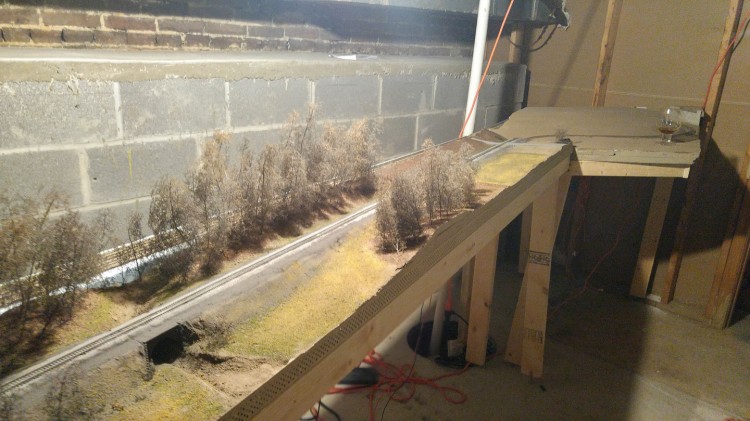 Luckily, geometry (and the space between some studs in the wall) came to the rescue, and we were able to get the layout to fit (although at a somewhat odd angle).

A few more evenings of work were put in getting everything leveled up and joined, but everything was shortly back together and in operational shape.

Lighting in the room wasn’t great, either, but I had some track lighting laying around that has now moved in too. It was mounted to a 1×4, attached to the rafters, and with the loosening of a few screws, can be moved around as needed (when we get tired of hitting our heads on it). 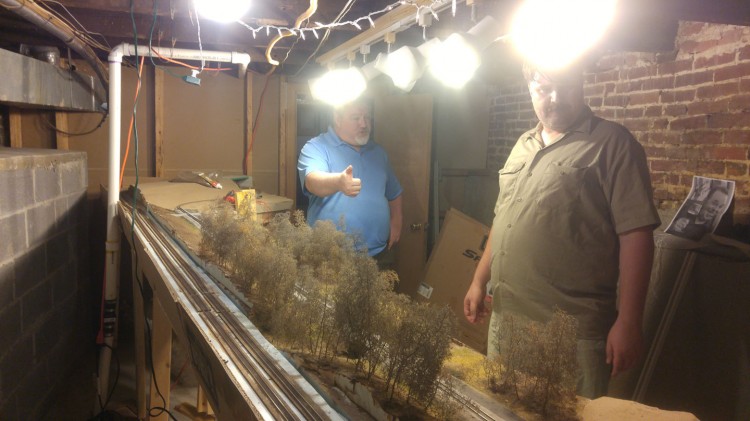 It took another evening of thorough cleaning to get things running really reliably, but success was soon had. We discovered, in this process, that the Woodland Scenics track cleaning products were no match for some simple corrugated cardboard with some Goo-Gone on it.

One of the other interesting things we discovered were some of the reprocussions of changing a shelf layout into a free standing one. Most importantly was that tracks that used to be next to walls now weren’t, and that meant that there was a new danger of derailed equipment tumbling to the floor. We solved this problem, rather unattractively, by cutting some strips of cardboard and screwing them to the frame in places where there were tracks near the edge. A more attractive option can be developed later. 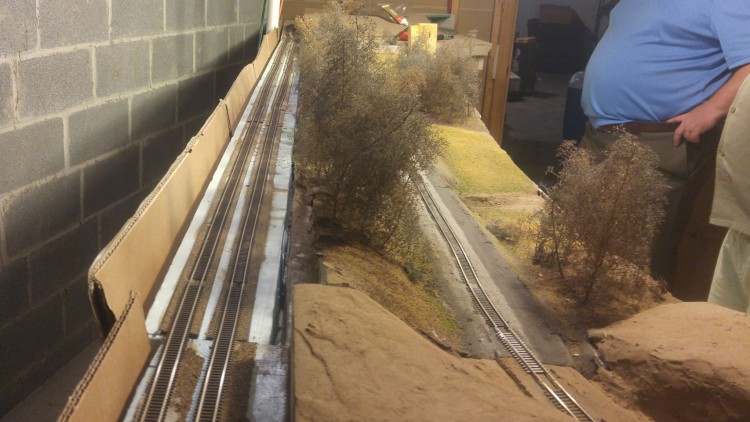 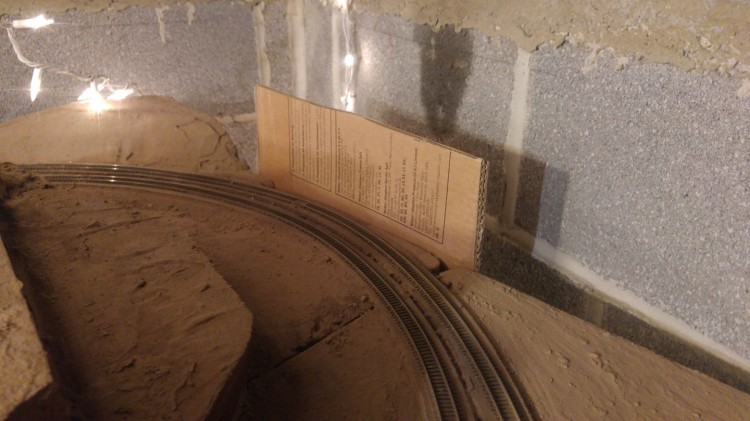 Lastly, we have a replica of the original shot in this article: an inspection trip of the layout in its new home.

One thought on “The NCR Shelf Has Been Re-homed”