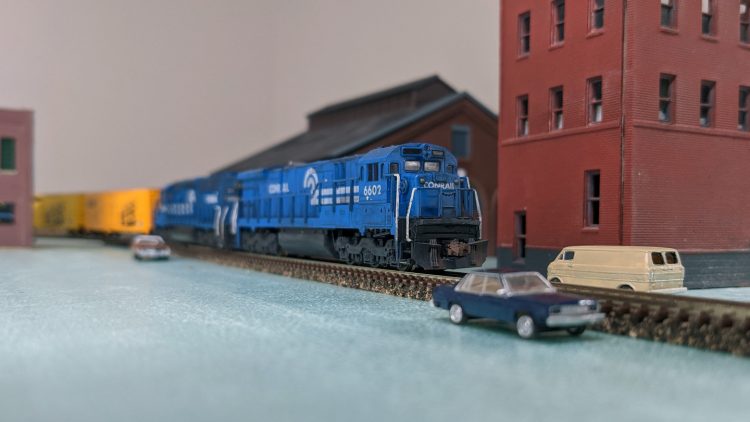 I can’t believe it’s been months since my last post, but I do keep things a bit more up to date on my Railwire thread.

Anyway, what’s new? Well, first a video of a milestone.

That’s right! It actually runs. What you see there is the result of a lot of work under the hood. Since I had to start somewhere, track laying began at the north end of the layout with CP LOUCKS. Since I’m planning on CTC signaling, that means that the control point needed switch control (using a Digitrax DS-52) and detection (using Digitrax a BXP-88). This, of course, required some assembly. In an effort to keep things under control I build a swing down panel and installed it under the layout. 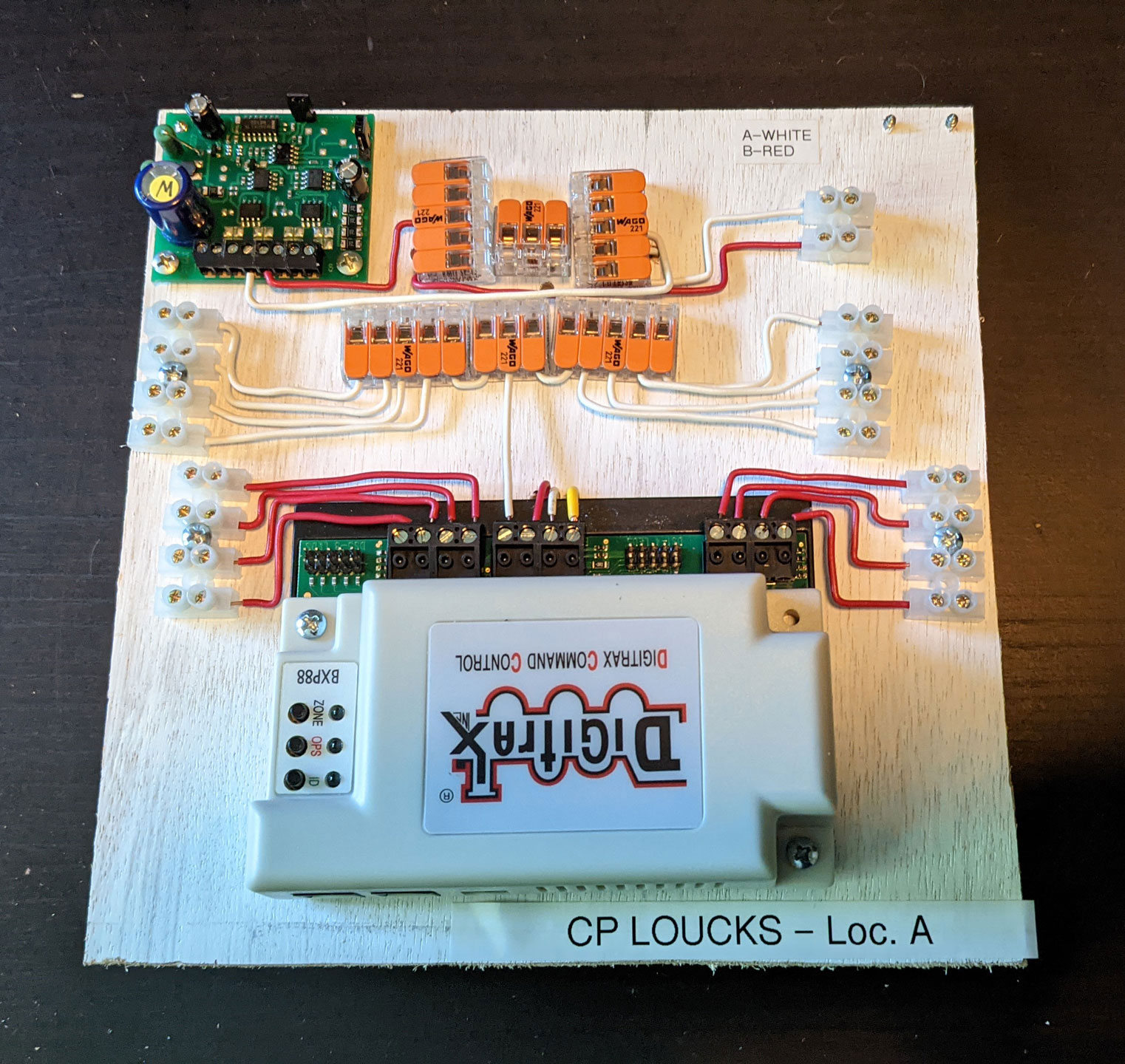 Also present in the installation is a DCC Concepts PSX to handle circuit breaking for the yard itself. It is similarly installed on a swing down panel. 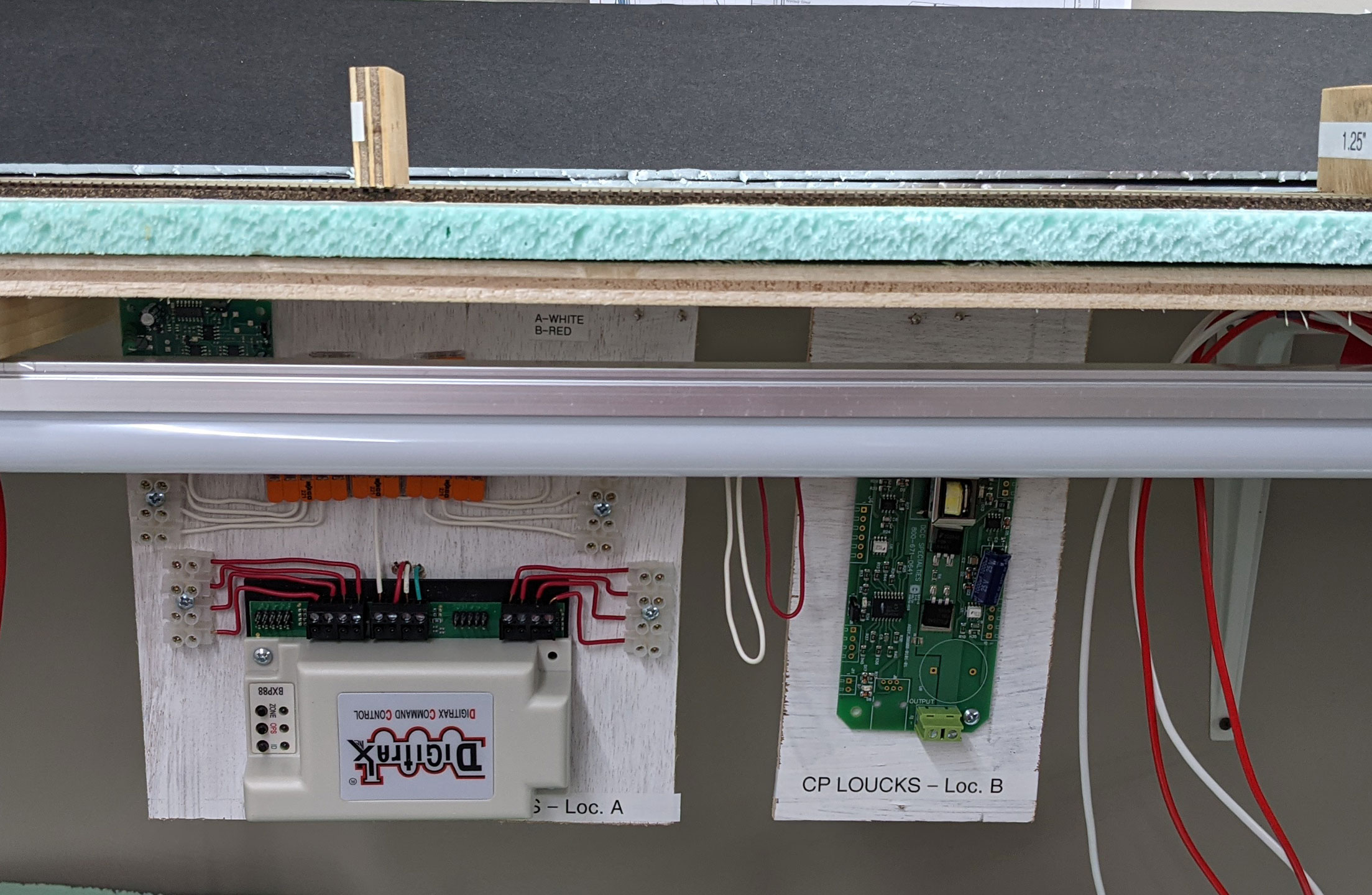 In doing this wiring I’ve come across a couple things that are worth talking about. First, Wago connectors. I learned about these from C855B Mike on The Railwire (who’s building a layout that makes mine look like a Christmas “train garden”). They’re lever operated terminals that allow you to quickly join multiple wires like mini-terminal blocks (with jumpers).

I’m also making significant use of Scotchlock IDC connectors for connecting feeders to busses and for other tasks where one wire must meet another. I cannot recommend these things enough and you can see a bunch of them in the photo below.

Lastly, I have to give a shout out to the Acculites SNAPS Tortoise breakout boards. These things, while seemingly expensive for what they are, are absolutely worth it. They allow you to connect wires to Tortoise slow motion switch machines using screw terminals. I still get confused while wiring up frog feeders, and between sorting out those issues and the way they ease installations of Tortoises in general, I consider them a deal at twice the price. 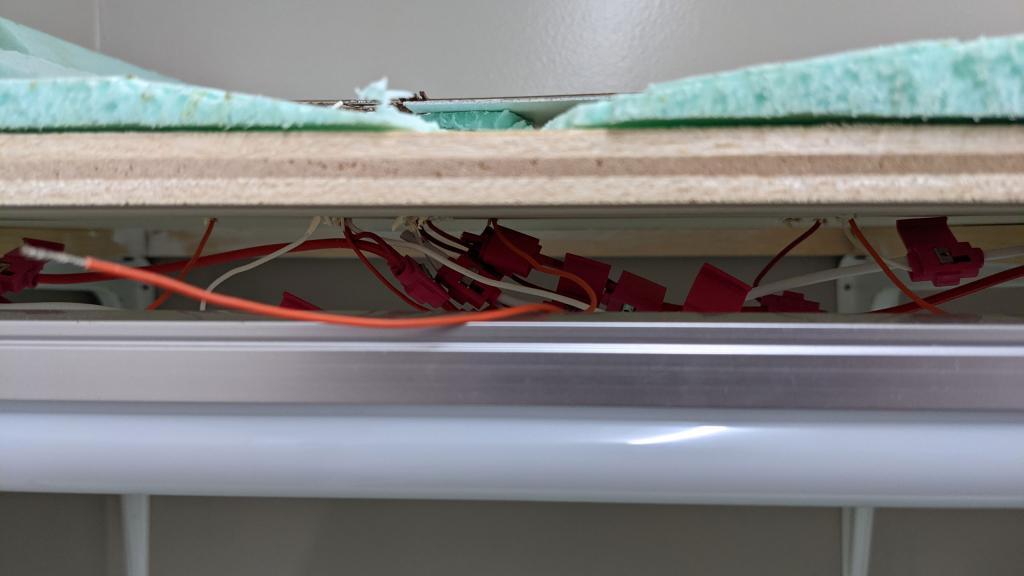 One of the other projects I’ve been working on is brackets for mounting slide switches to provide manual turnout control. I’ll do a complete article on them at some point, but here are a few assembled and ready for installation.

And one installed. There will be a knob on the fascia for control. 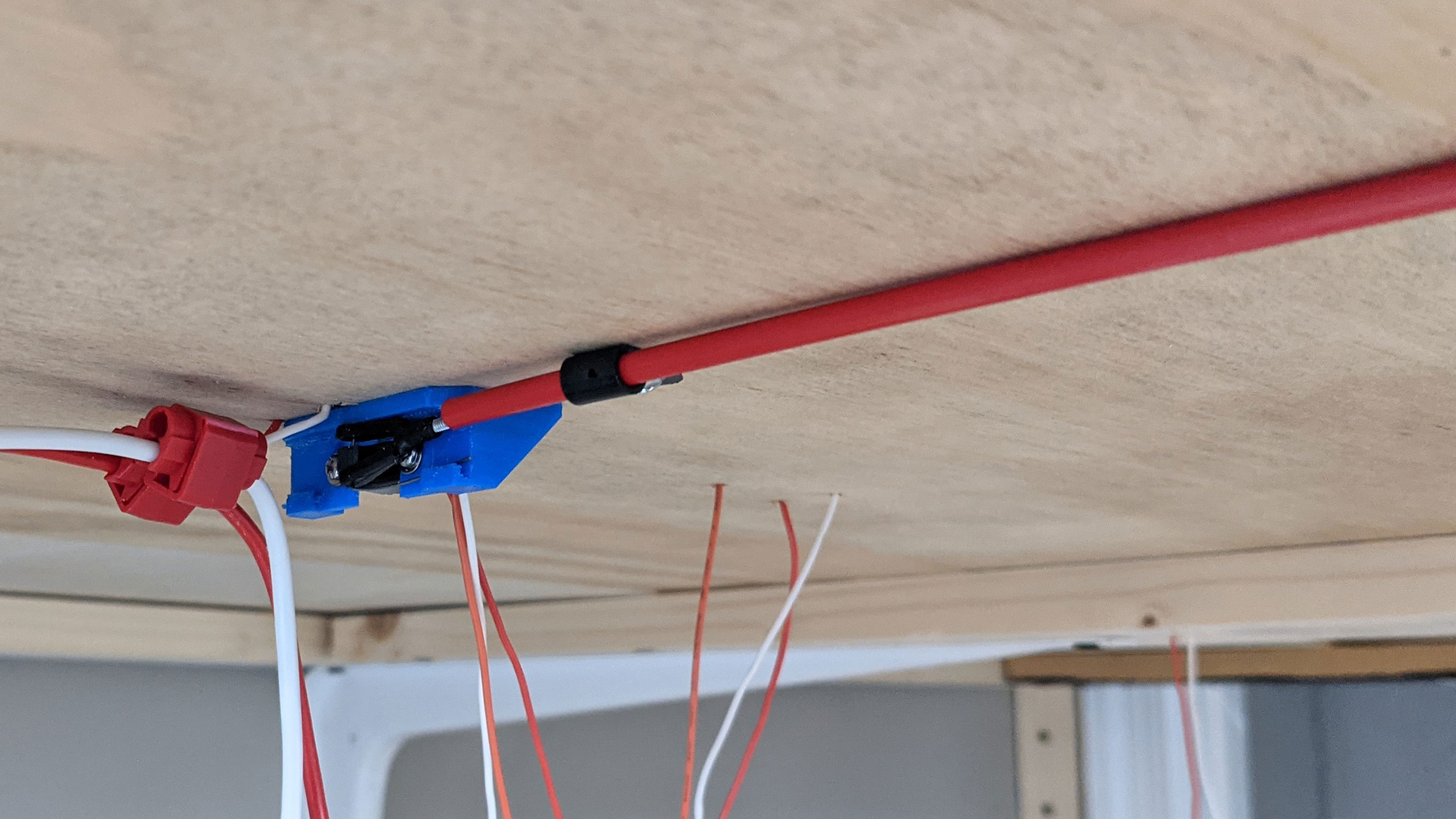 I’ve also made some progress planning out some scenes and laying track further through York.

The plan is for the mill building on the left to be modeled as an abandoned one, while the Metso Minerals plant will be served from the siding.

Here’s a very rough preview of the area around the Pershing Ave street running. This is all just FPO at the moment. 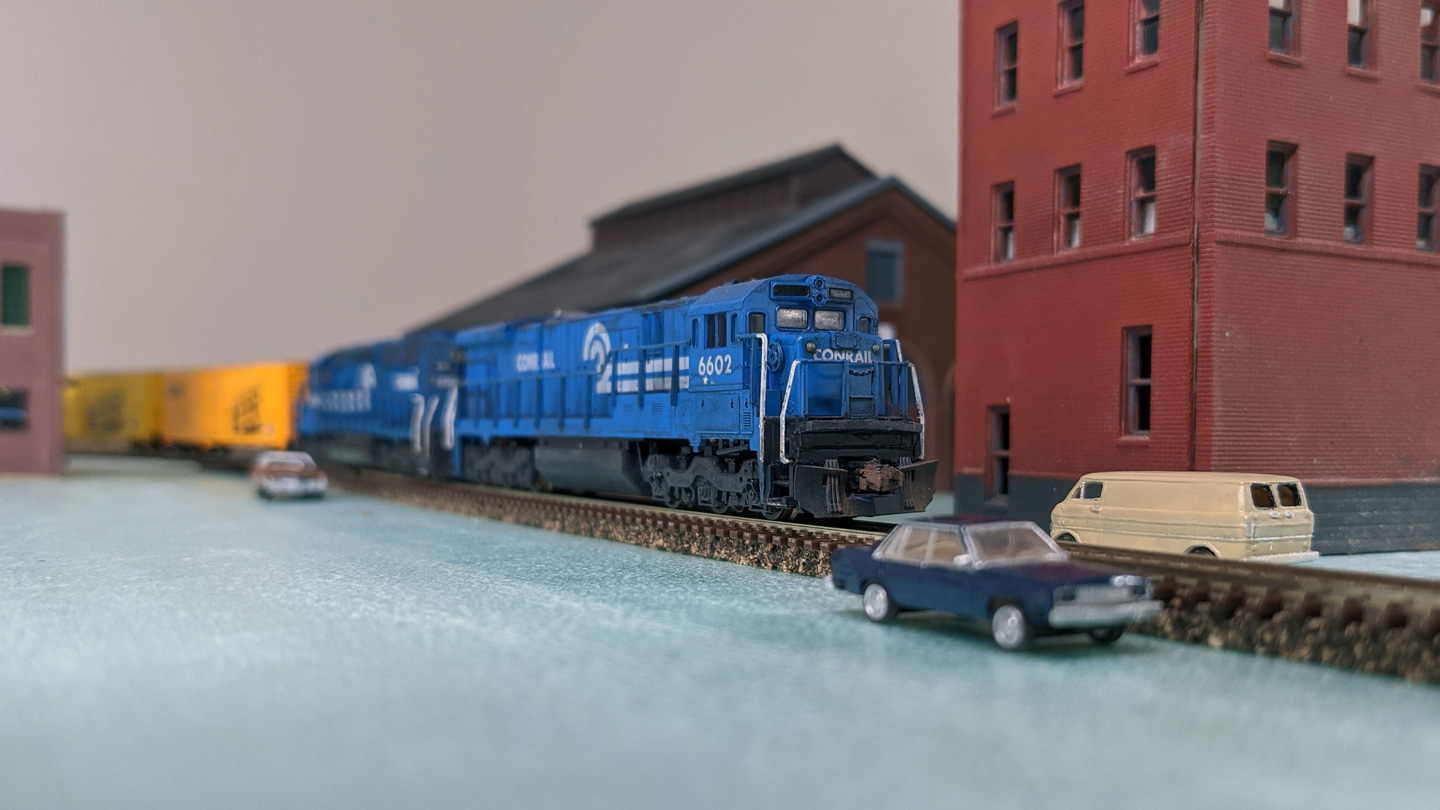