Atlas’s code 55 track line is great, except when it isn’t. The various internal wiring in the switches that transmits power to the closure rails sometimes fails, leaving ugly unpowered sections right where you don’t want them. A line of conductive paint solves this problem quickly and easily.

One of the annoyances of building a decently sized layout is the number of switches you need. My Windsor St yard has at least 20 of them. And And, of course, because it’s a yard you’re just creeping around, which means it’s prime territory for frustrating stalls. Powering frogs helps, but it’s still problematic if your closure rails are also dead.

I had been brainstorming how to efficiently solve this problem for a while. My initial thought had been to use small bits of stripped Cat-5 cable wire to create U shaped jumpers that could be prepped on the workbench, dropped in place and soldered. But that seemed risky given the proximity of a hot soldering iron to a lot of sensitive track work. I prototyped it up, and it worked well temporarily, but I did not want to do all that soldering if I could avoid it.

That got me started thinking how I could bond the wires to the rails without soldering. The Bare Conductive Electric Paint I use to make resistor equipped wheel sets sprang to mind, and then it hit me: just use the paint.

I used a toothpick to apply a thick line of it from the closure rail to the outside rail, making sure to keep it out of the flange way and let it dry. A few hours later my RR Amp Meter confirmed I had good conductivity where I didn’t before. Success! 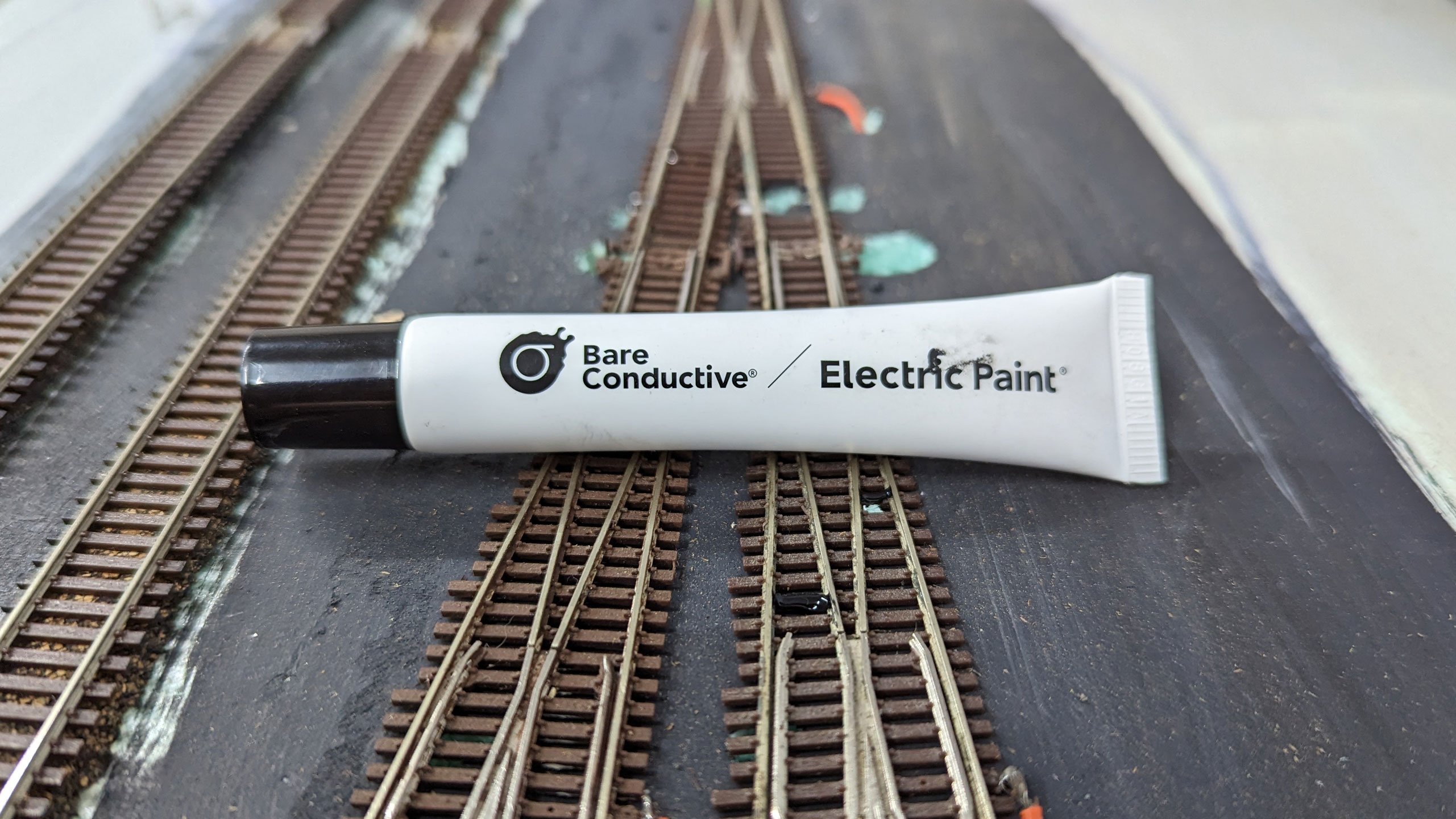 I’m not worried about the appearance because it’s all going to get weathered up anyway, so I quickly set about applying it to the rest of the yard ladder and the improvement has been significant. I’ve got a handful of other switches to apply it to now as well, and am expecting similar results. 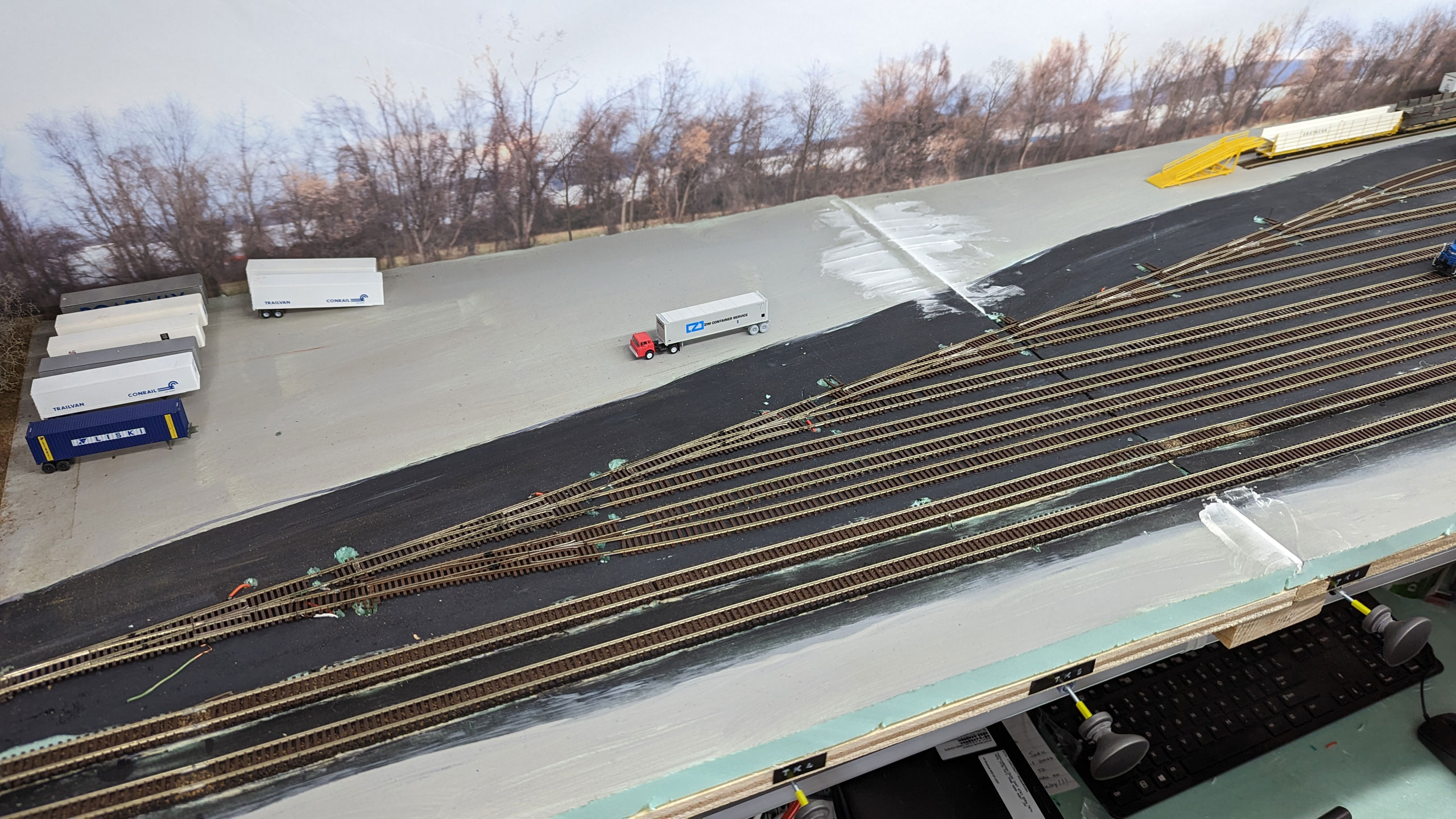 One note of caution. I have seen instances, when using this paint on wheels, where something overloads and shoots some sparks. It’s alarming when it happens, and it usually melts the plastic insulators on the wheels it’s attached to. I don’t think it’s the paint causing the issues (I think it’s the resistors or my poor workmanship of marrying the two), but be wary and have a fire extinguisher nearby the first time you power everything on after applying the paint.

So, if you’re having spotty behavior from your Atlas Code 55 switches, get yourself some Bare Conductive Electric Paint and quickly solve your problem.