Adding a Crossover to CP LOUCKS 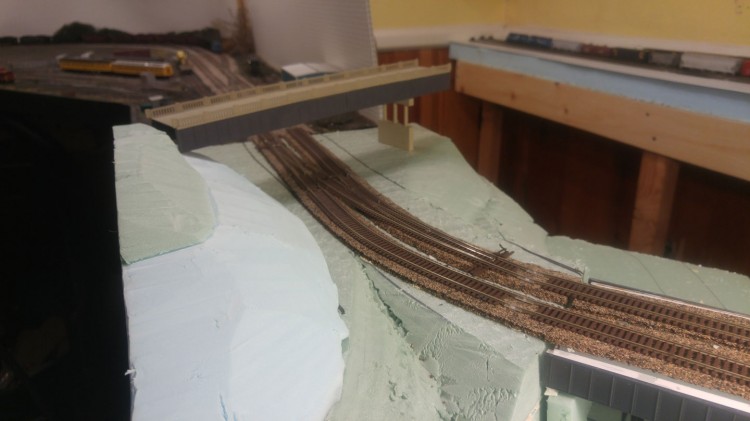 I’ve had a chance to run the layout through a number of scenarios, and I realized that I did actually need the crossover I had debated putting in coming out of CP LOUCKS at the north end of Windsor St Yard.

The actual location was somewhat tricky, since there wasn’t a long enough tangent track before the curve for Black Bridge. However, after test fitting a curved turnout, I discovered that using it and a #7 fit almost perfectly. It’s almost as if it were planned for (even though it wasn’t).

It took a little work to get it in place, but luckily, since the track wasn’t glued down yet, it was relatively easy. I soldered feeders everywhere I could (the only place missing them is the tiny section on track 2 between the curved turnout and bridge) and easily tied them back into the rest of the wiring. 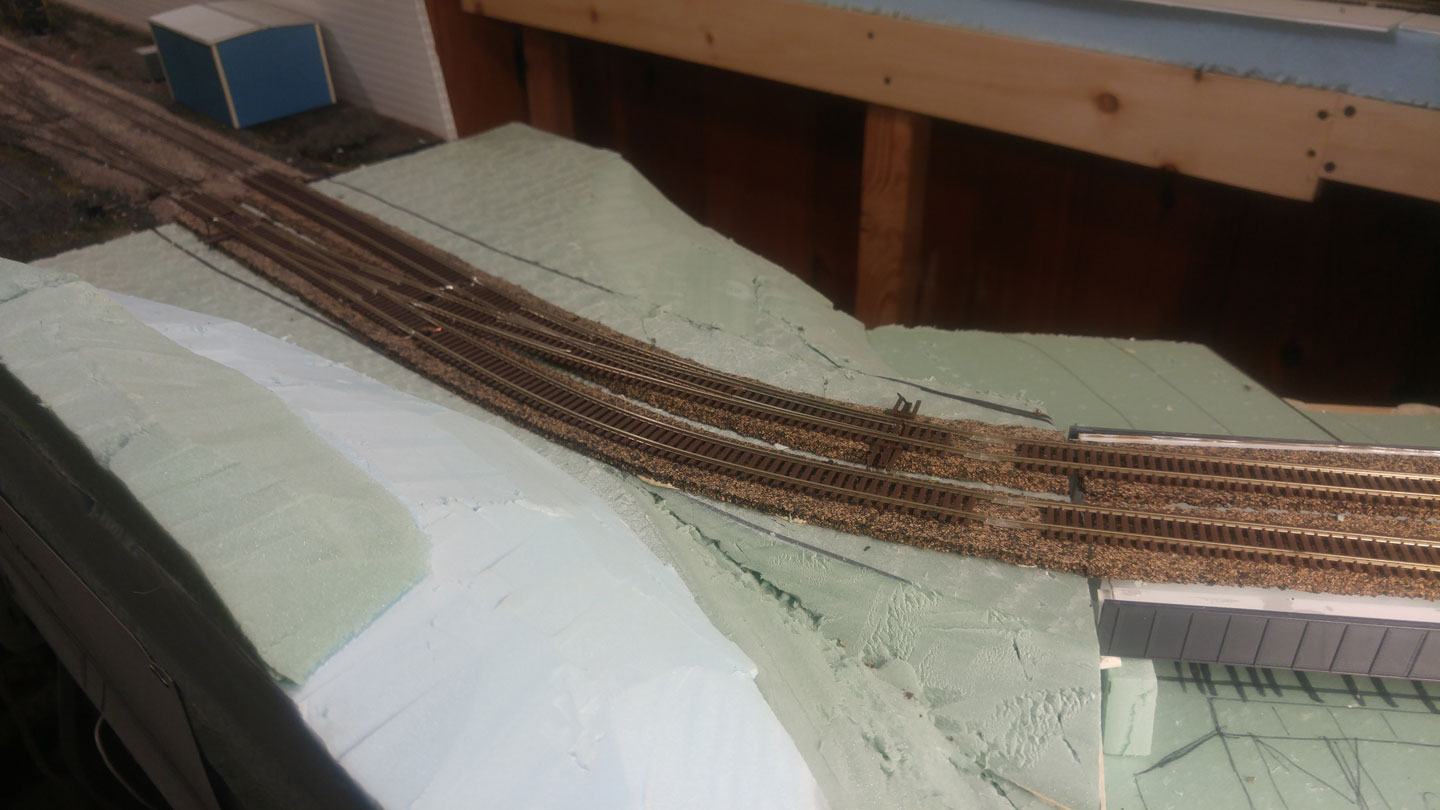 All told, it was probably an hour and a half worth of work to greatly improve operations when trains are simply lapping the layout and either need to get reloaded into staging, or need to work the yard as a south bound. 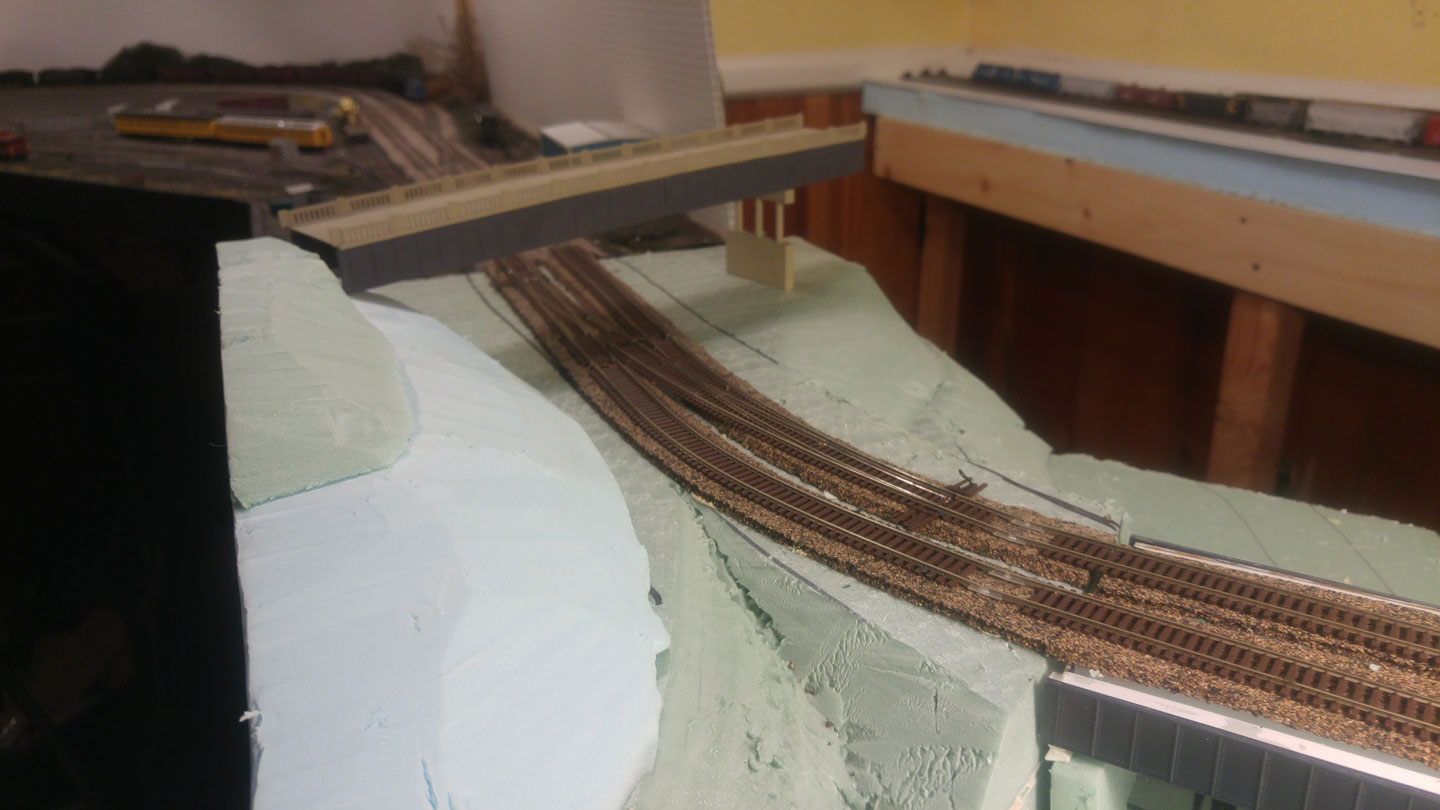 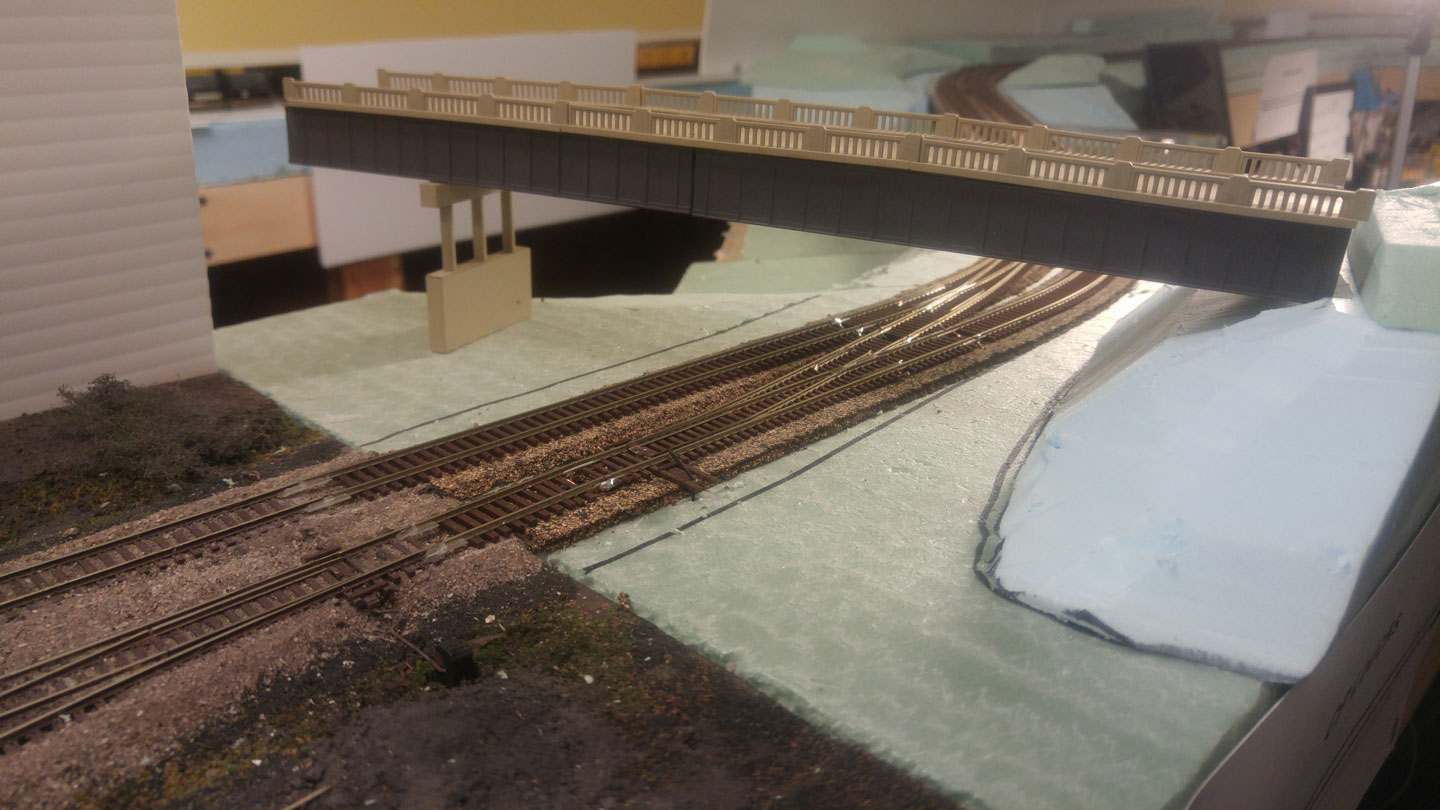 My only remaining concern is the potential of a kink forming at the end of the interlocking where it reaches the bridge due to the curvature and the insulated rail joiners. I think some time of running trains over it will tell if it is really an issue or not.