It’s been a while since anyone heard from the car. That’s because it got “lost” on its way east. Burned up brake shoes were discovered while the car was being serviced in Chicago’s 14th St coach yards. Of course, being out of the ordinary (and far from compatible with Amtrak’s equipment), the car sat while waiting for a solution. Really, nobody wanted to touch something that was a “relic” and reeked of liquor and sheep dip.

Eventually Amtrak got tired of the car taking up space and they started calling around for a solution. Eventually they called up George Payne, who has a way with these things and a rolodex the size of his… well, it’s big. He eventually arrived in Chicago, made a few calls, and headed up to Green Bay to grab a set of better brake shoes. It then took about a dozen guys, but he finally got them installed on the car. 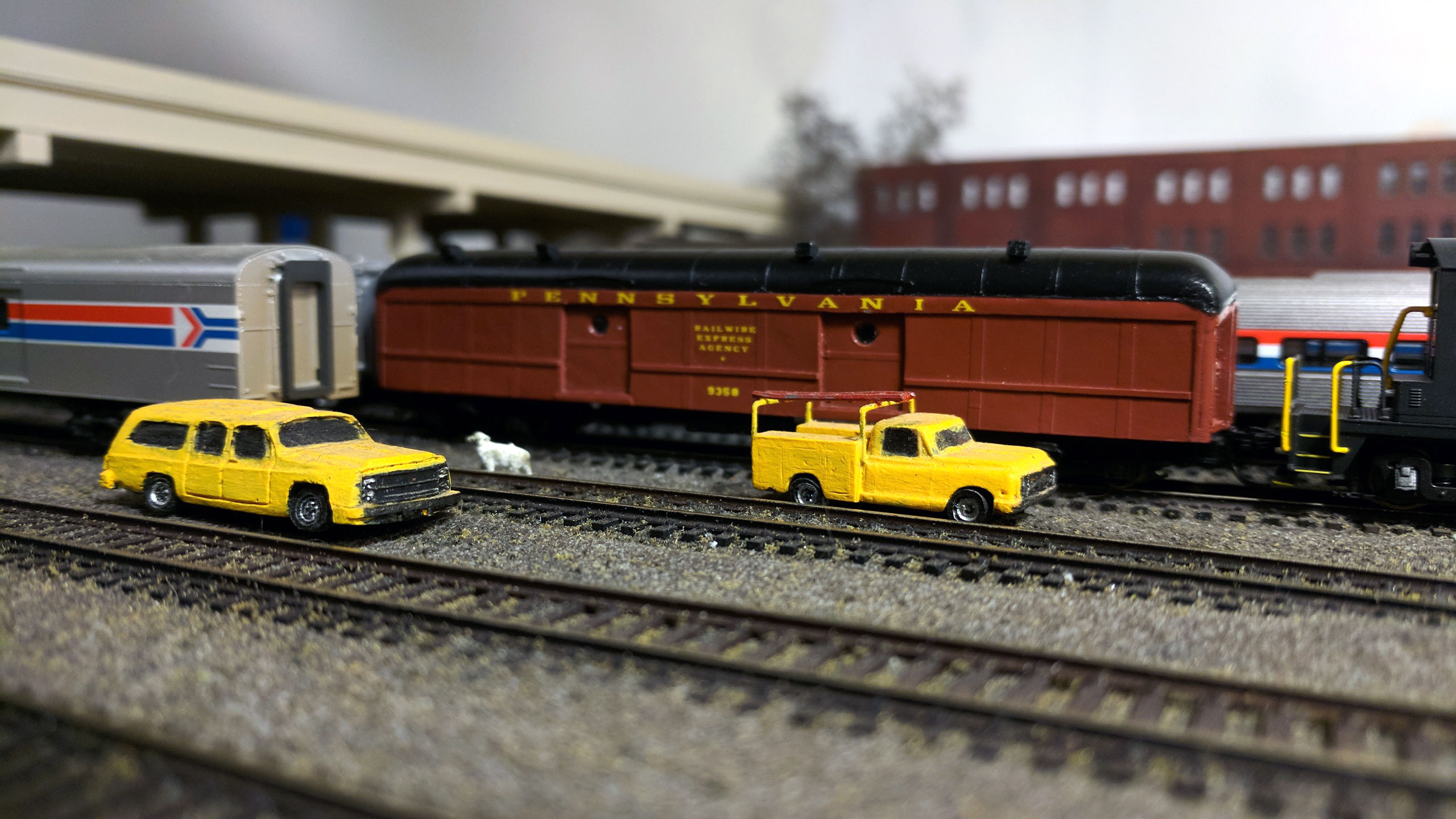 Of course, nothing can go smoothly. Part of the shipment escaped and went wondering around the yard.

After rounding up the livestock, the car was finally ready to make its way east. Getting to Towson wasn’t going to be easy though since it didn’t appear on anyone’s turntable. They figured the first step was putting the car on the eastbound Broadway Limited to be then sent south on its Washington section. This block of sleepers, baggages and a coach gets cut off in Harrisburg sent south  to Baltimore, where it then reverses direction for the short sprint to DC. Since York is on the way, the plan was to drop the car off there where it’d get handed off to the shortline Maryland and Pennsylvania. 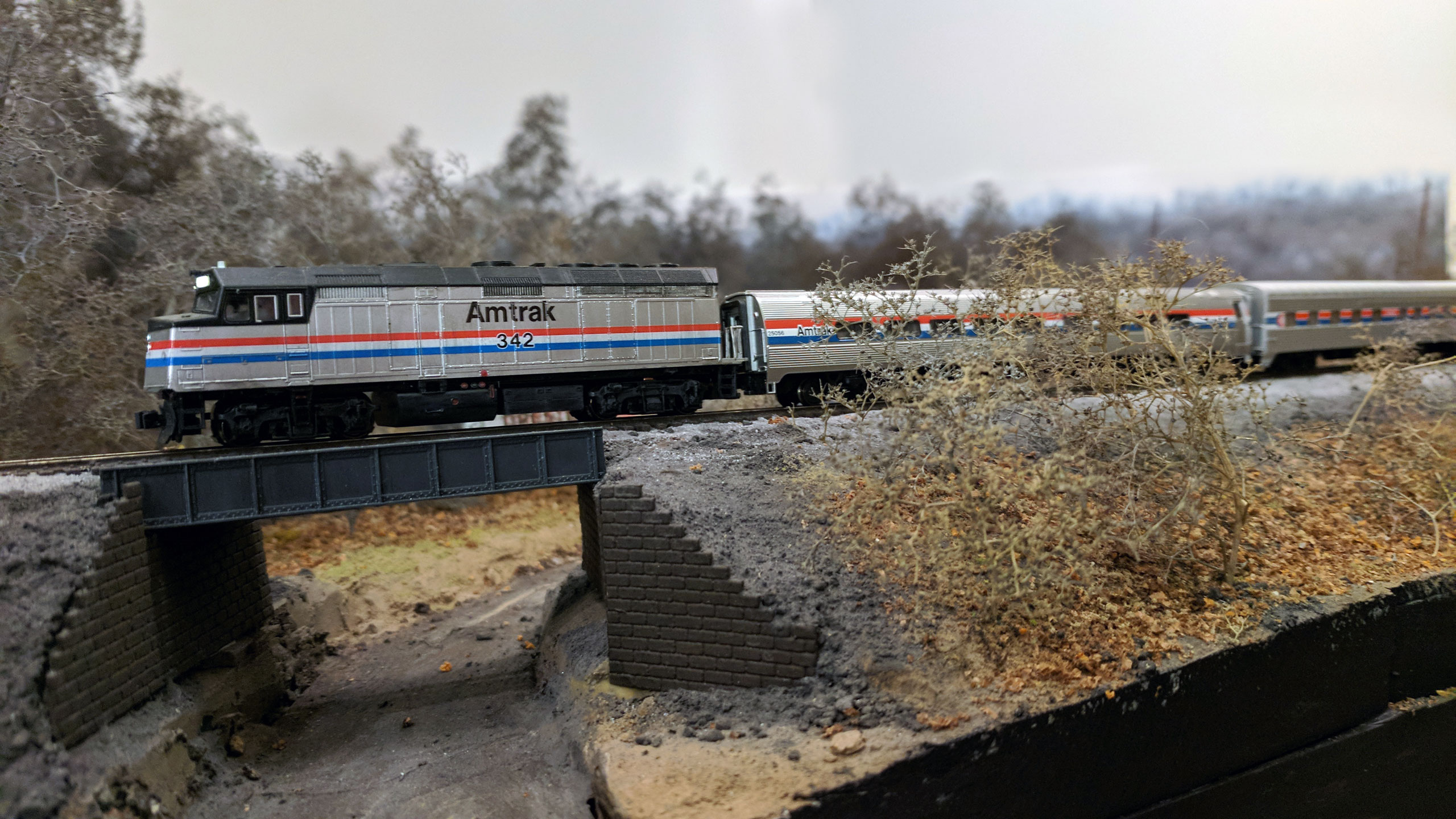 “Black Bridge” over the Codorus Creek is one of the scenic highlights of the Northern Central. We almost missed actually seeing the car here though when Conrail train BAEN with SD40-2 6366 was making its way out of Windsor St Yard. We barely missed getting train f-ed. 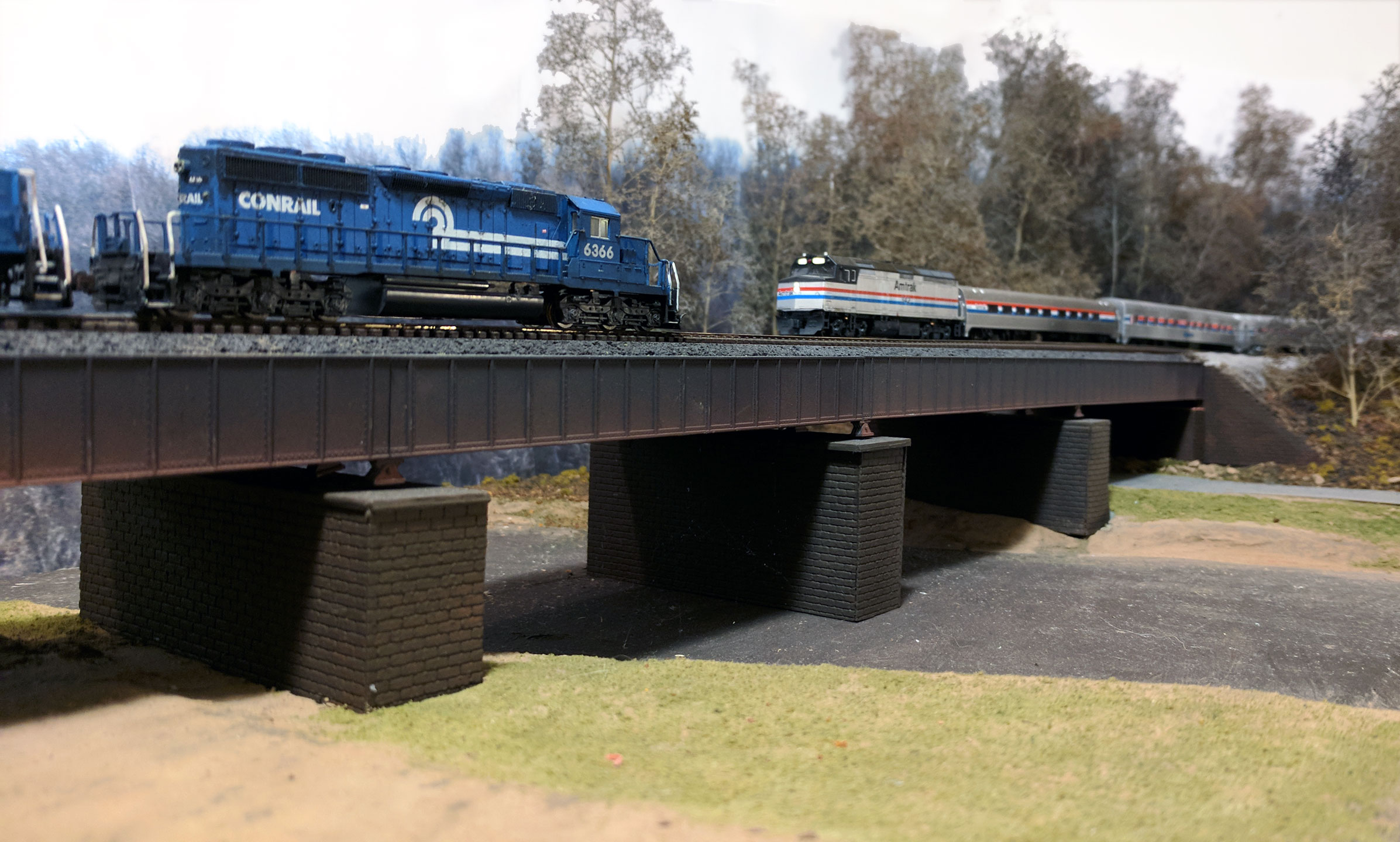 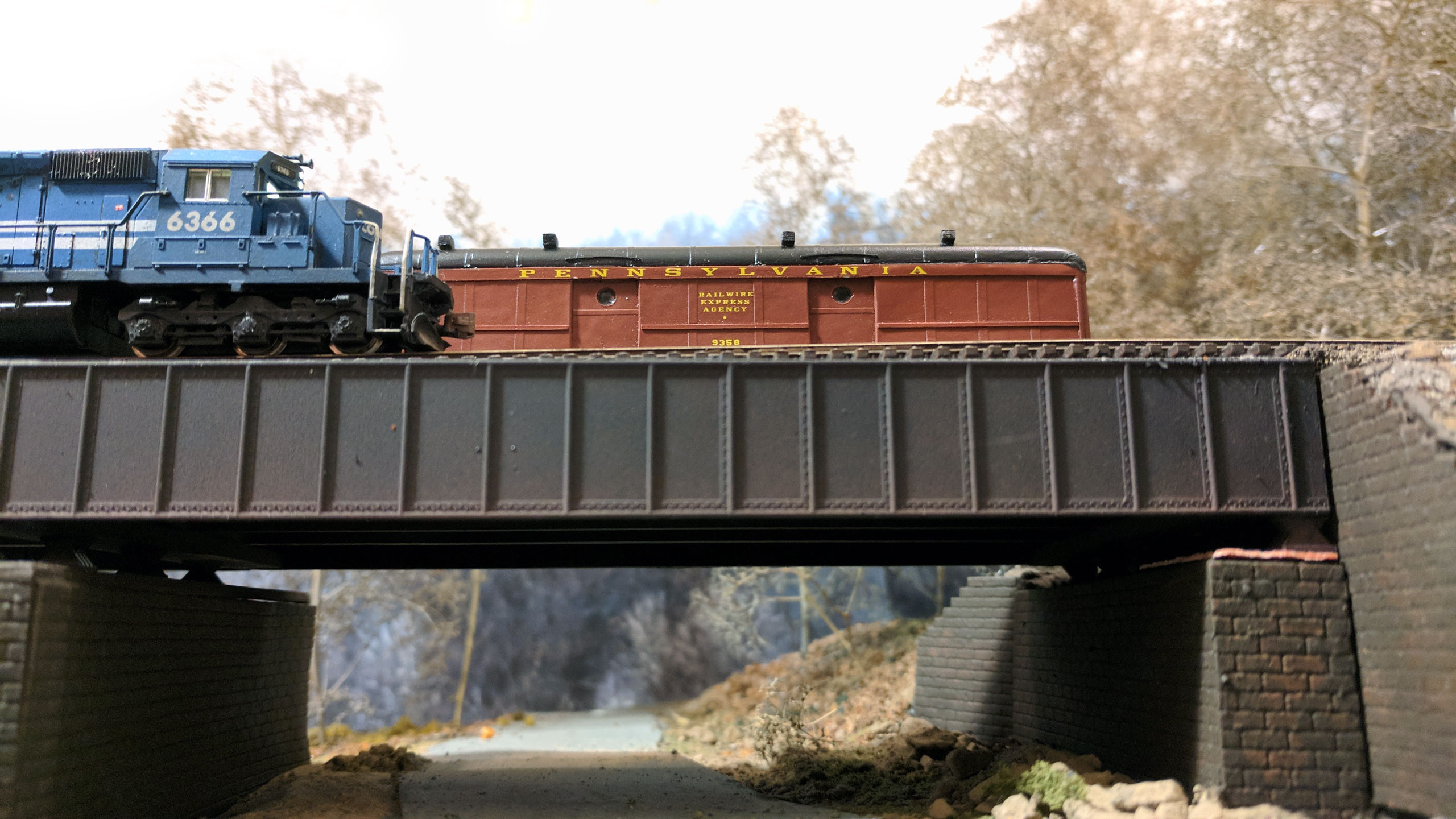 It was the a quick jump down to YORK Tower where Amtrak cut the car off the tail of the train. 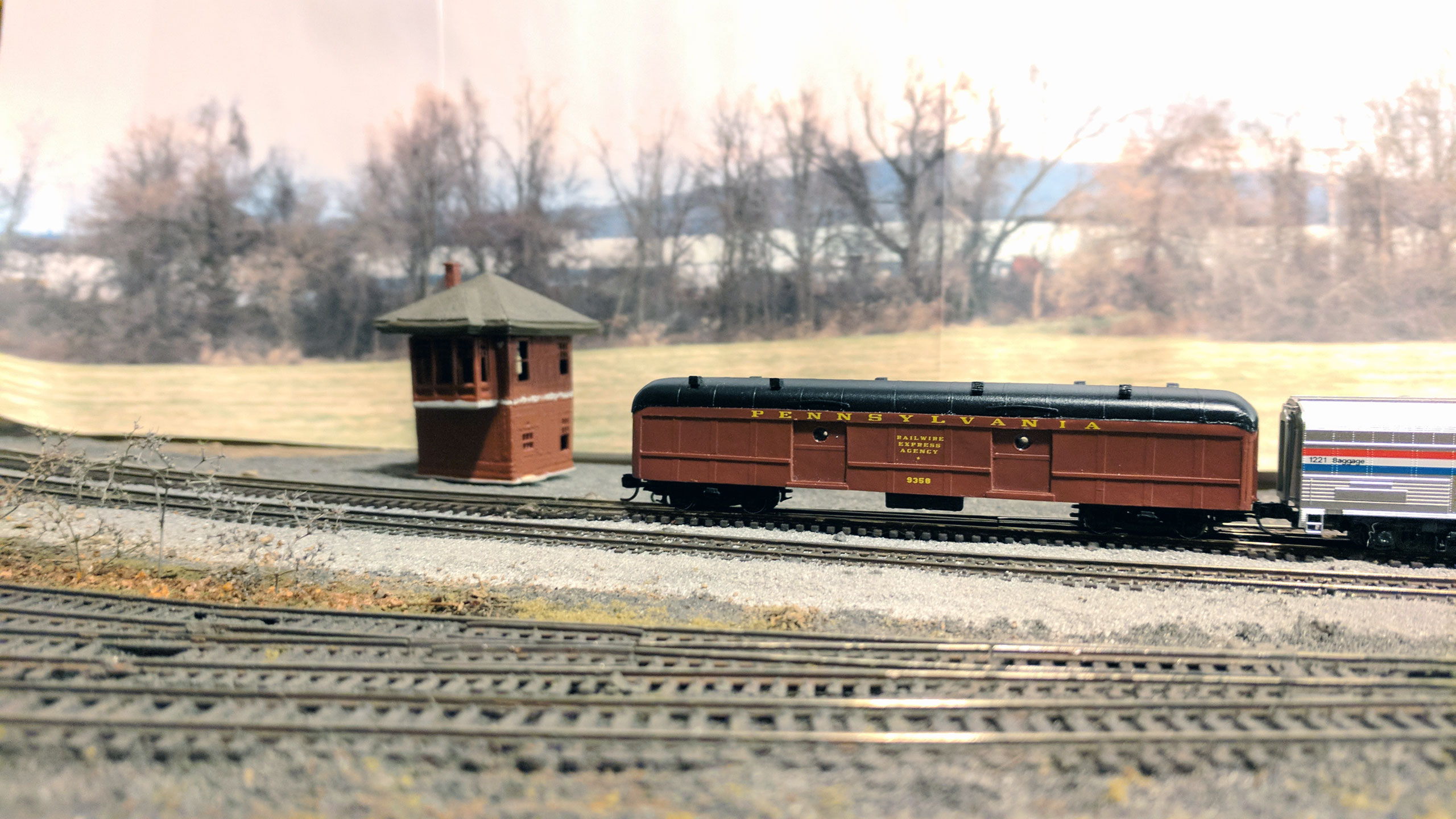 You can tell how thrilled Amtrak was to handle a move like this by their attentiveness to the car in York. They just left it tied down on the main for a Conrail crew to come move around. At least they set the handbrakes.

Conrail’s YHYK-33 yard crew had to come over to move the car the 100 feet to the Duke St yard. That’s where it was going to pickup its next shipment. 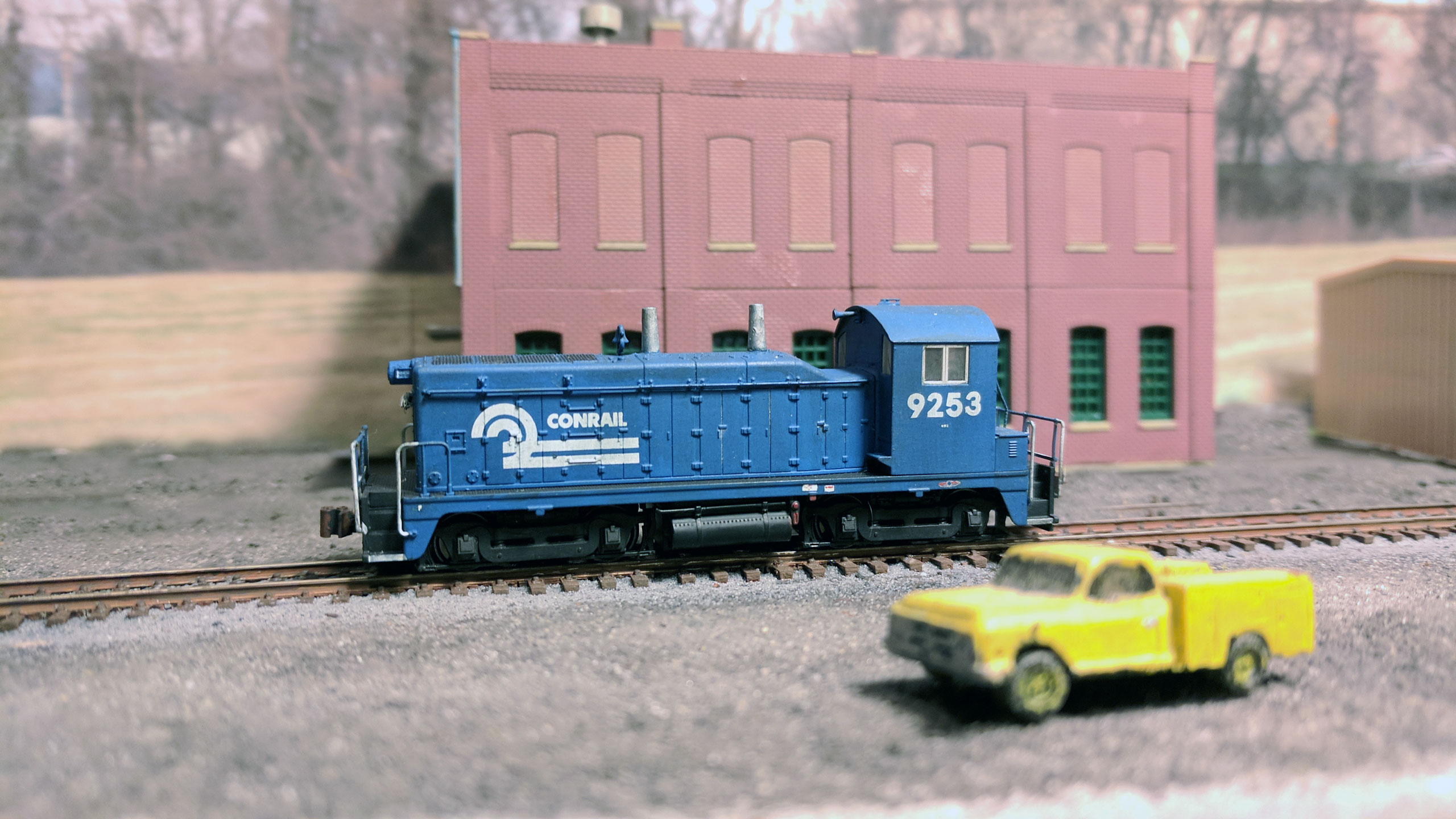 Yermaams Erecting in York had a load for Killer Surkosky’s in Pittsburgh. Since the plant is no longer rail served they had to truck the shipment to Duke St and send it as an LCL shipment. Good thing the Railwire Express Agency was available.

The freight agent took one look at the shipment and said “that’s too big to fit in there”. After a few attempts to fit it in, she had to call up some additional spacial help. 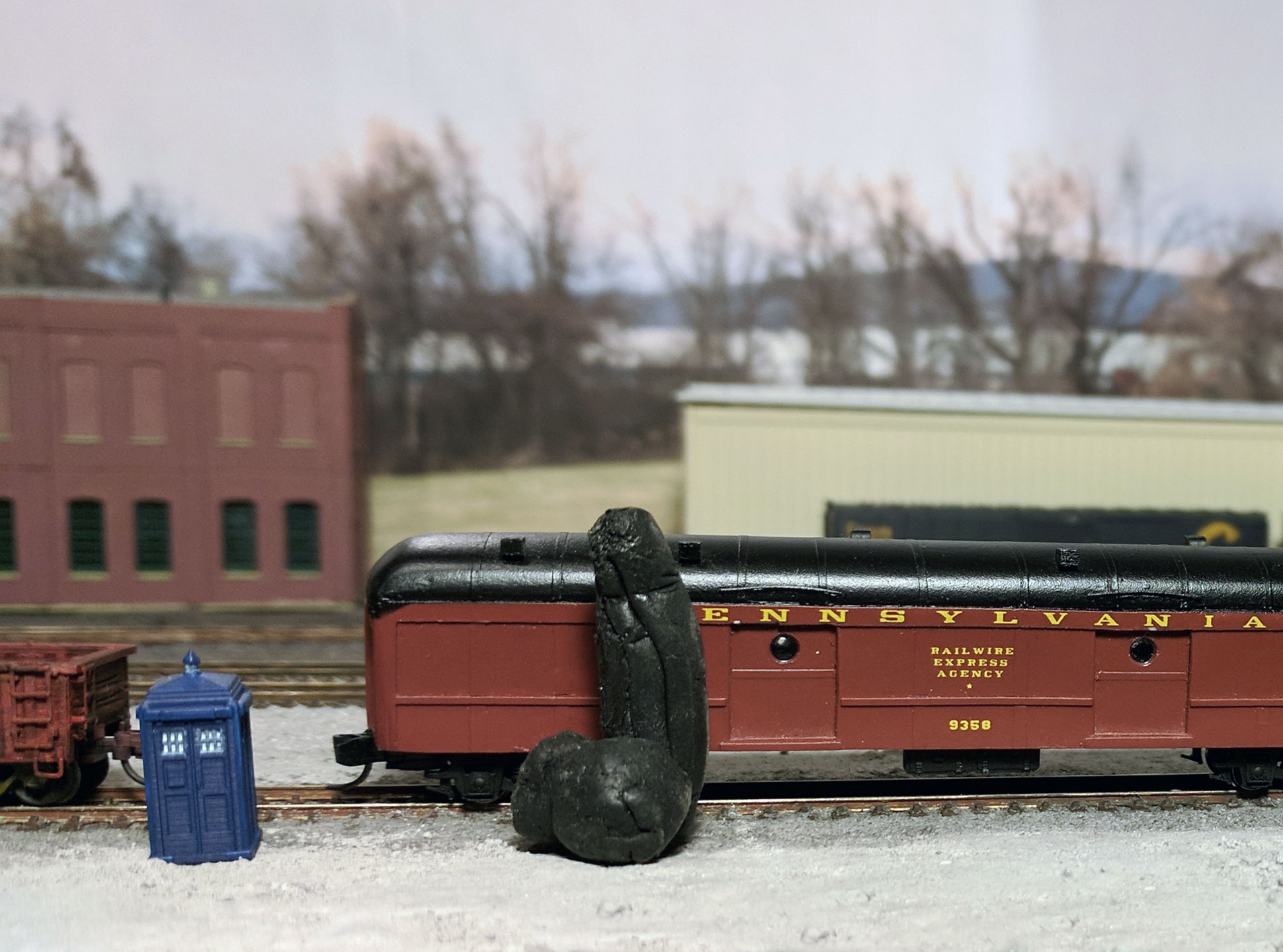 With the car filled up, it was time for delivery to the Ma & Pa.

After the car was set-off, and WHYK-33 went back to work, the York agent got a call: “You know we stopped going to Maryland in ’58, right?”. It sounded like there was a bit of an oversight in the plan. “Do you know who we work for? Do you know who’s behind this? It’s the goddamn Transcontinental PRR. They were able to change time, space and history, so you better figure out something before lose some more of your damned boxcars again.” Then he hung up.

A few minutes later, the phone rang again. “Look, we think we’ve figured something out, but we’re gonna need some help. What’s the lightest power you’ve got around? Our NW2 isn’t gonna cut it.”

The Blue Room was contacted, and the only thing that fit the bill was an old Alco sitting in the Enola dead line. It turned out to be in ok condition, so it was fired up and sent down to York. 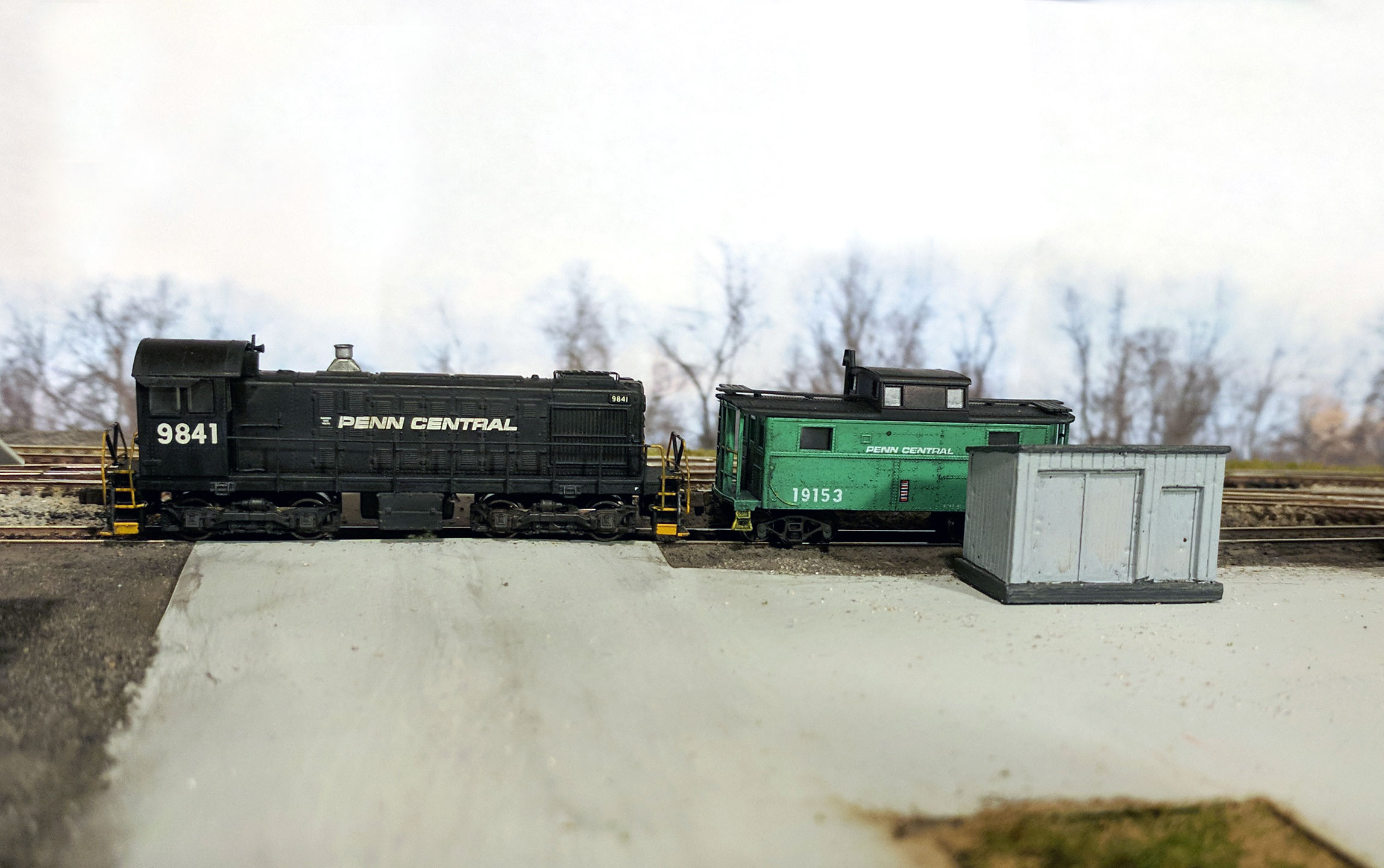 The S2 finally arrived in York. The train was assembled, an air test was performed, and they were ready to head for Towson.

Finally, we caught one last glimpse of the train was caught on its way down the Long Green Valley on its way to Towson. Hopefully the bourbon makes it intact… the sheep will be fine.

One thought on “A Visit From The Railwire Express Agency B60b”