I wanted the next post on the site to be about the awesome progress I’ve been making on Phase 2 and 3 of my Windsor St layout expansion, but that’s not going to be the case.

It’s going to be about the flood and drying out that occurred in my basement on Feb 24, 2016.

I was having a great day. Making good layout progress, and was on my way to go solder some feeders and lay some track after dinner. It happened to be storming out, but it didn’t seem THAT bad.

That was, however, until I walked down the stairs and saw the inch of water on the floor.

The culprit was our back basement door. The stairwell outside it filled up with water (it overwhelmed the drain back there), pushed in the door, and poured in around the door and even through the wall. 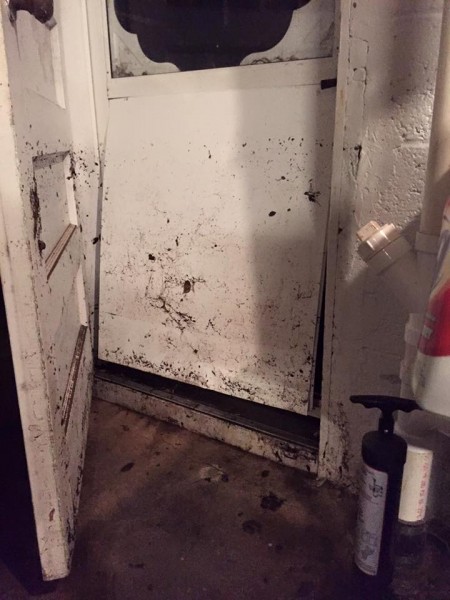 And that led to this. 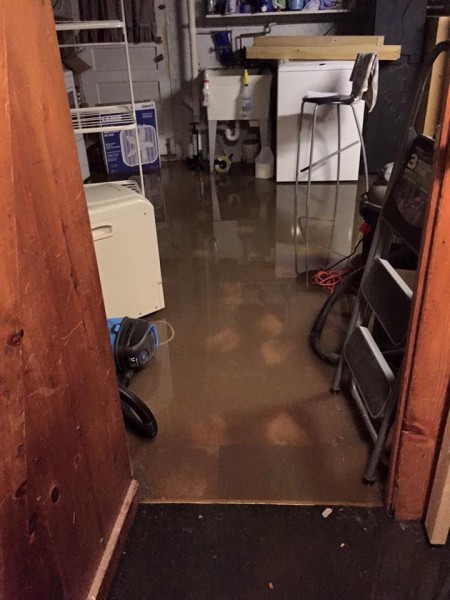 Here’s the view under York. As you can see, there’s benchwork in place (and lots of plastic boxes). Luckily, thanks to the benchwork construction method of using NTRAK style leveling bolts under everything, (which I highly recommend), the legs stayed dry. 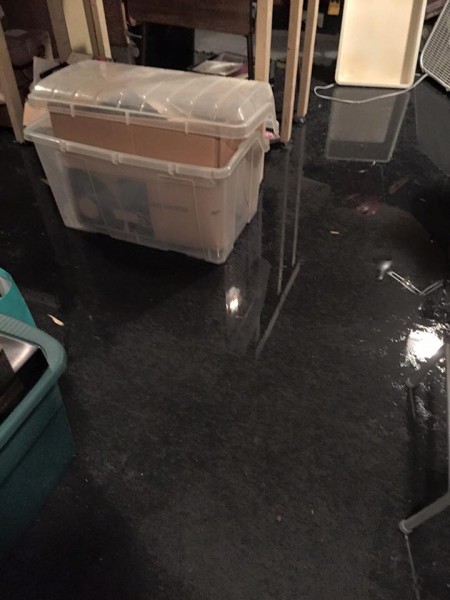 There’s some good news though. We installed this style of carpet with this type of disaster in mind. It’s quick drying and generally mold resistent. After spending all of last night moving things and vacuuming water out, with the incredibly gracious help of my friend Josh, the standing water was all gone.

Now it’s just an issue of drying the carpet out. Hopefully it’ll dry out and not exhibit any mold damage.

The other concern is the paneled walls, but because we got to it quickly, there wasn’t much time for it to wick into there and cause much damage either.

But let this be a warning to all modelers building a layout in a basement. Plan for water. Keep stuff in waterproof boxes, and keep your wood off the floor. Oh, and get flood insurance (I just did). It’s not that expensive.