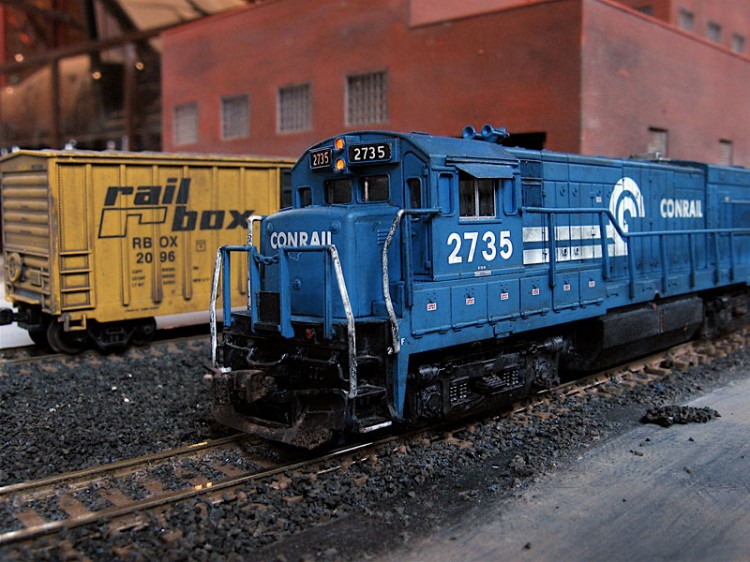 The U23B was General Electric’s equivalent to EMD’s wildly successful GP38. It was a 2300HP road switcher that was aimed at both road and local service.

Conrail inherited a number of U23Bs from Penn Central and the Lehigh Valley. They served in duties as intended for a number of years, but were slowly being phased out due to their higher maintenance needs than the equivalent EMD products. Nevertheless, a number were still serving in 1985.

I added a single unit to my fleet when Atlas released their U23Bs a few years ago. I generally purchase diesels in pairs, but given the limited number of U23s in service, I felt that having a pair would over-represent them in my collection.

I did not follow the real 2735 to the letter while detailing my model, but followed the general spirit of CR’s U23Bs. I started with a great Dave Trenn shot of 2735 from the CRCYC, then proceeded to look at other Conrail U23B photos for reference.

I only had a few detail parts to add:

The sunshades were the hardest part, since they’re actually multiple pieces. There is a “track” piece that extends up from the cab, and then the actual sunshade which sits into that track. This is done by butting the part against the track once it was installed.

The antenna was located roughly centered on the cab, and toward the back as per prototype practice.

This unit was then weathered with some light paint washes. I used a black wash to make the details “pop”, a grimy black was and some rust to bring out the various highlights.

Finally, this locomotive was fitted with a DN163A1 decoder from Digitrax for full DCC operations. I did this, instead of purchasing it already DCC equipped because I have had bad luck with the decoder boards that Atlas uses from the factory. 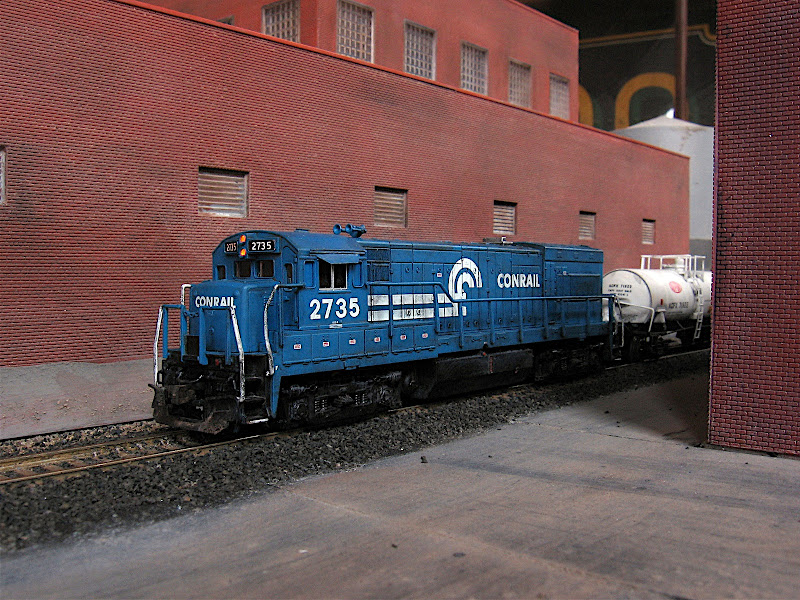 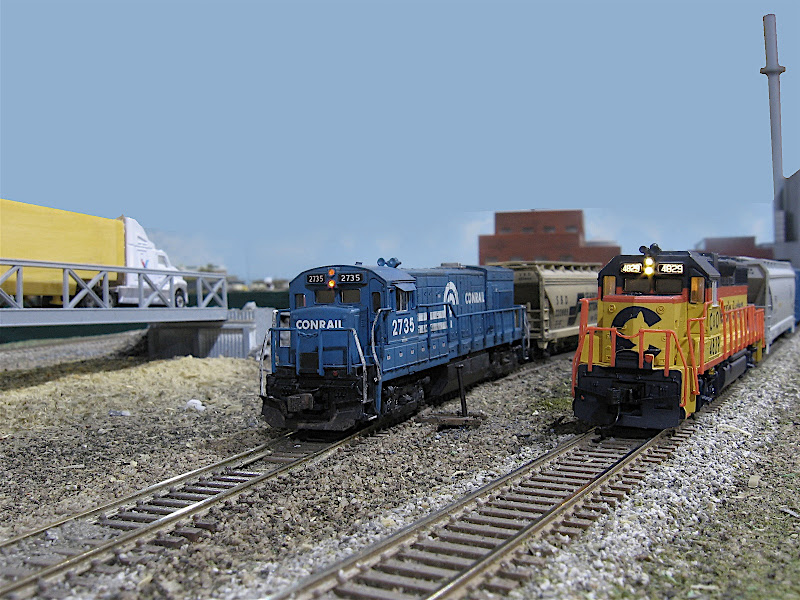 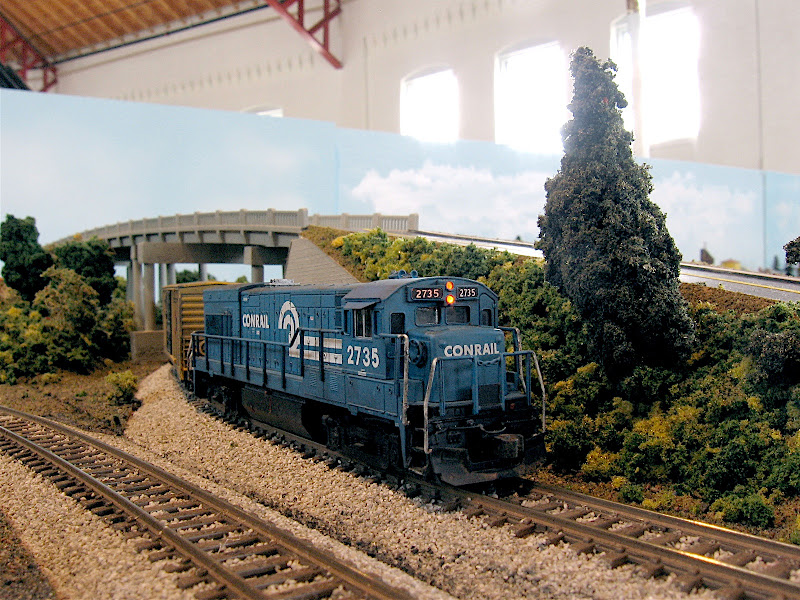 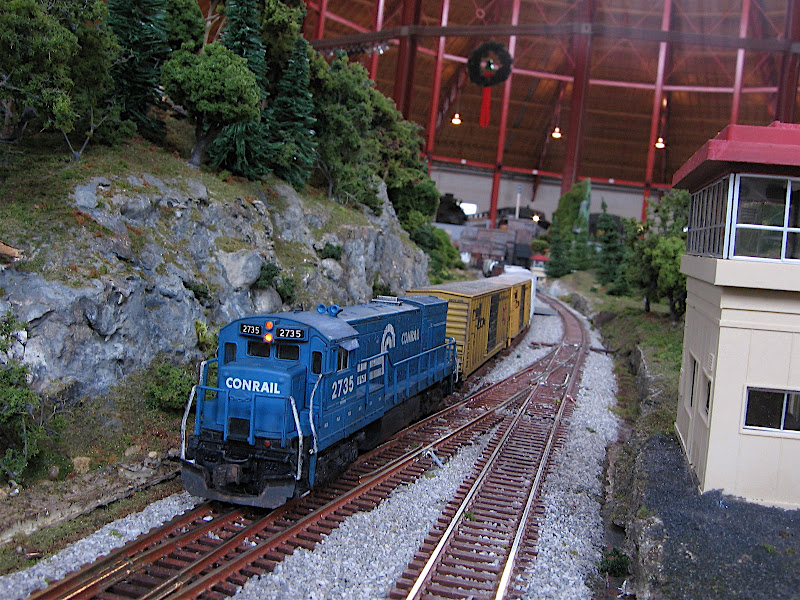 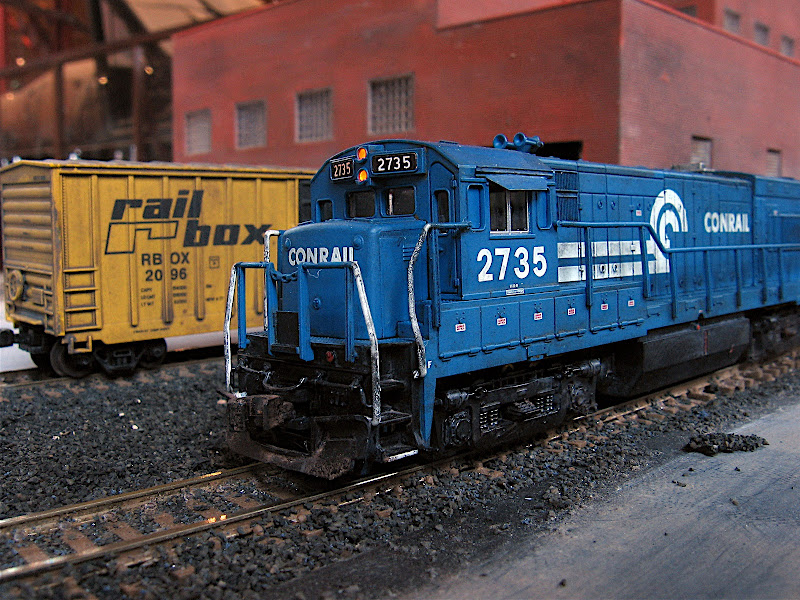