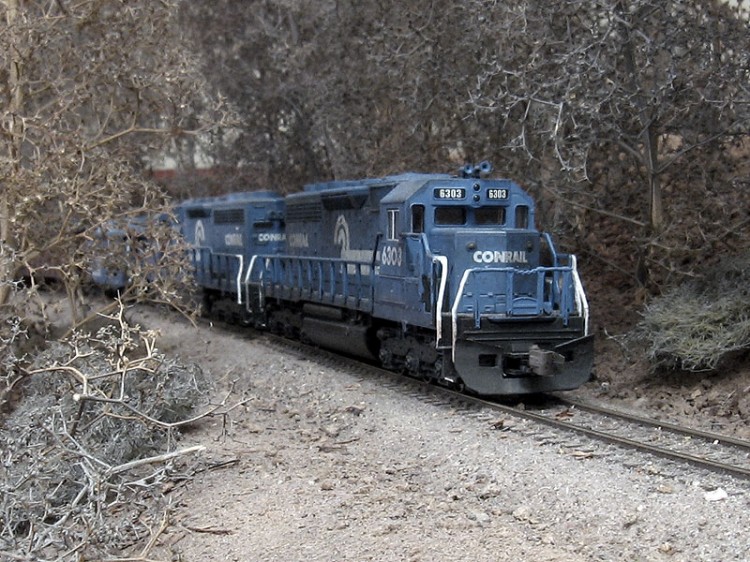 Conrail’s SD40s were hard working locomotives. It inherited 118 of them from the Penn Central (originally from the PRR) and the CNJ. They proved to be more reliable than their bigger brothers, the SD45s, and as such served in much more widespread and longer service.

6303 is an ex-PC unit built in February of 1966 for the Pennsy as 6050. It wears the common ex-PRR details of a photo-etched sinclair style radio antenna (mounted roughly centered on the cab roof) and a cab signal box, allowing it free roam over the entire CR system. Both of these details were from Sunrise Enterprises (who no longer produces them, so stock up on them if you can).

I painted this locomotive in Polly Scale Conrail Blue (even though Kato offered its SD40s in Conrail, twice, but I am not satisfied with either paint shade) and finished it with Microscale decals. I then weathered it with paint washes made from craft paint and vodka.