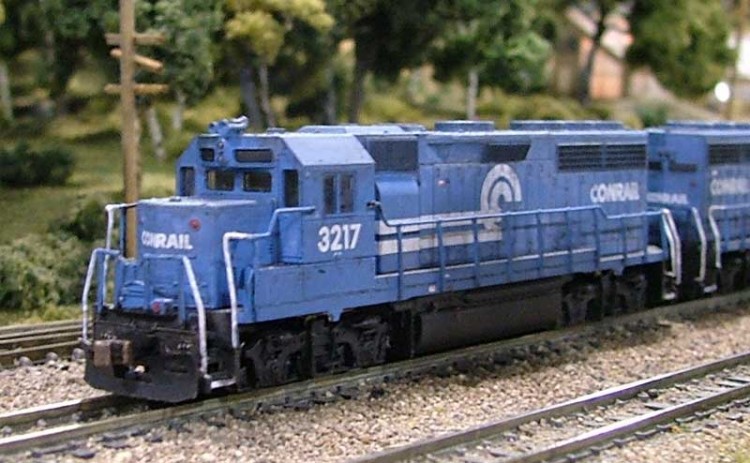 This engine started as an undecorated Atlas GP40 that I detailed and painted up as one of the surprisingly few mid-80s Conrail GP40s.

I had to do a lot of research on this and it’s sister engine, 3259, to find a pair of GP40s that were still working for Conrail in 1985. Many of the engines were off the property in the early 80s, most returned at the ends of their leases.Most of them in the 3000-3200 series were all gone, and I was left selecting a 3200 series engine.

Thank goodness for the CRCYC and George Elwood’s Fallen Flags site. They provided photographic evidence to see which units remained on the roster at my time of modelling.