Moving Hagerstown to York, and My Basement 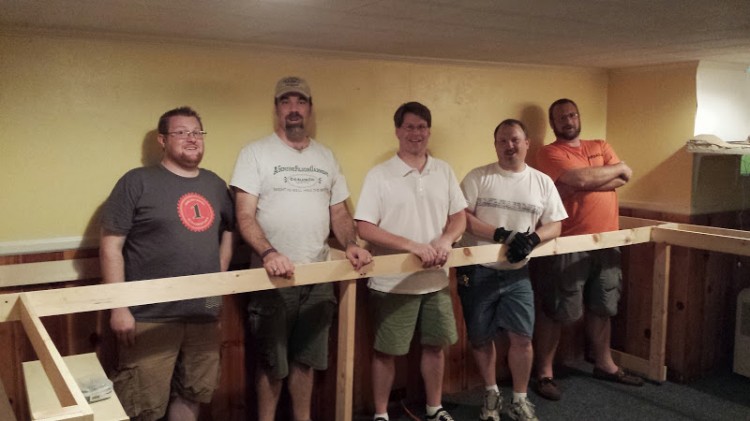 Last year, my friend Lee’s wonderful WM layout had to come down. His layout was a work of art, and it seemed unfair for it all to end up in a dumpster. Lee agreed, and decided to part it out to his friends.

One section, which was termed “the beastie” ended up on another friend’s layout, enabling a rather large expansion. 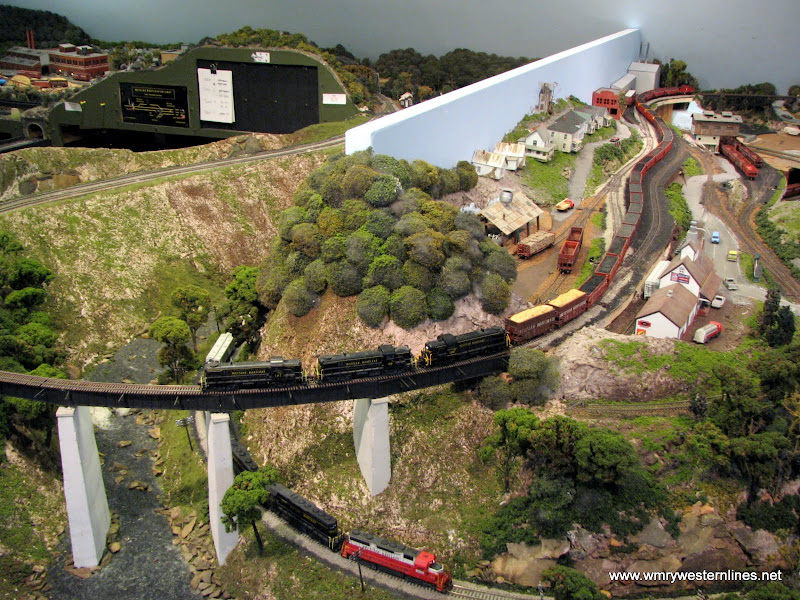 As this was all happening, I had my eye on the former Hagerstown Yard. It represented a real tragedy, having been recently completed and never having have actually been used in an operating session. They yard’s design had been a collective project over on the Railwire, and lots of my fellow “asshats” had rather strong and fond feelings for it. I definitely didn’t want to see it end up getting torn apart, or ending up in the hands of a stranger.

I had relatively recently measured my basement for some planning purposes, and neither Lee nor I could believe the serendipity of what we discovered. The section of the layout he had built to fit perfectly in his attic was one inch smaller than the length of one of my basement’s walls. Unreal! This meant there was now a new home ready and waiting for Hagerstown.

I had originally been planning on building a layout based on the Conrail side of the Canton area in Baltimore, but had only gotten as far as “benchwork”. I put that in quotes because the benchwork was just a series of $5 hollow core doors (from the Habitat for Humanity ReStore, a great resource for stuff like this) on some legs. After a few years of its existence, it never really came together, instead just turning into a “mega workbench”. Giving up on this project would be a small price to pay for all of the benefits of re-homing Hagerstown. 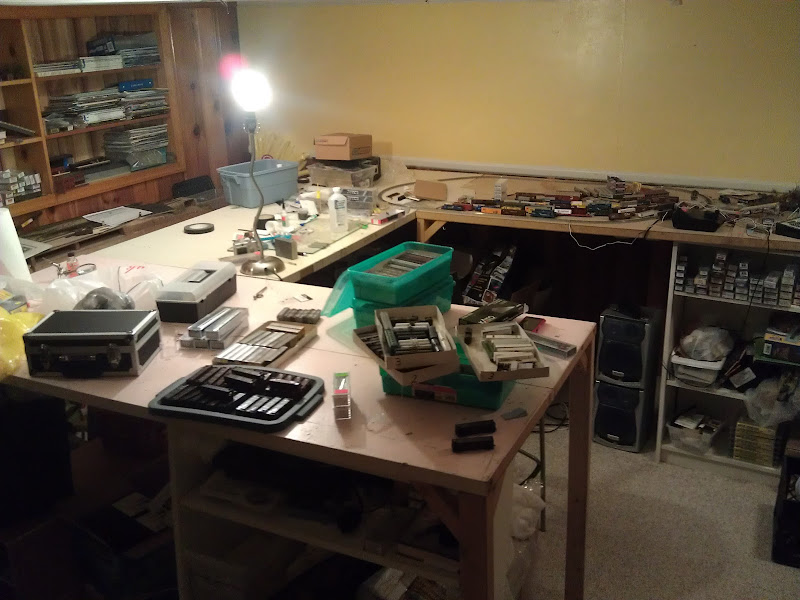 The biggest challenge for me wasn’t a physical one, but was figuring out just how transplanting the division point yard for Lee’s layout into something that fit within my own modeling interests. I wanted to keep to Conrail, of course, and wanted to try and stick with my Northern Central theme. In my NCR plan, there would be three yards: a small one at Mount Vernon in Baltimore, another small one in Cockeysville, and a larger one in York PA. The only one that Lee’s Hagerstown was remotely similar to was York.

The real York PA has a rich railroad history. It has been home to three different railroads: The Pennsylvania, The Western Maryland, and the Maryland and Pennsylvania. Each brought its own flavor to town, and created lots of interesting infrastructure. The PRR, in the “Golden Era” had quite a large presence in town, with a station, multiple yards and even a stretch of mainline street running. In my Conrail era scenario, York would still be a busy place.

My version of York would would serve as a both an interchange point for two shortlines and as a base of operations for all of the locals operating on the NCR and attached Conrail branchlines. After a quick review of Lee’s trackplan, I realized that, while its layout doesn’t match up with the reality of York, the capabilities lined up pretty well. 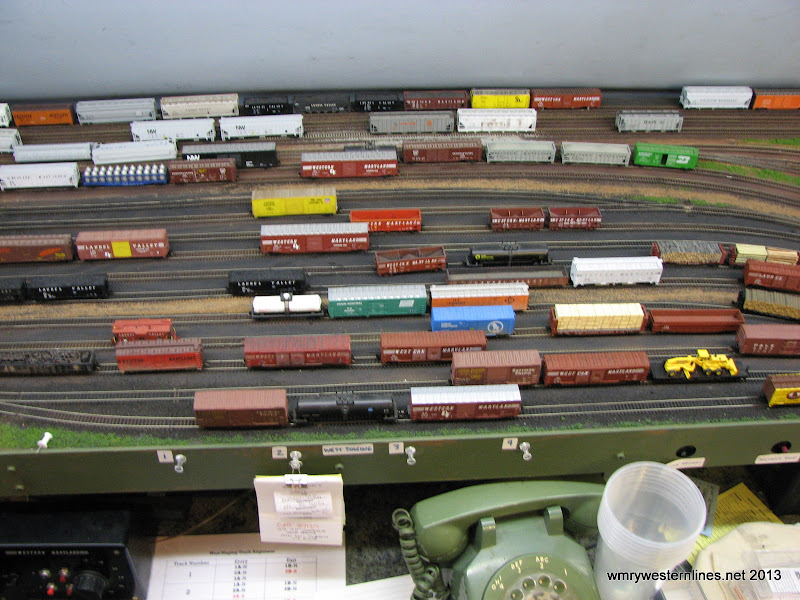 Look at all those classification tracks!

The arrangements were made, and the friday of the annual Bedford N Scale Weekend brought the layout to my basement. It hung around for a few months while I figured out the game plan for getting it setup, since a bunch of benchwork would have to be built. Originally, this section of the layout was built on top of some staging, and pretty firmly attached to another section (which I also got). This meant I’d need to separate it from the unused section, and build a new supporting structure. 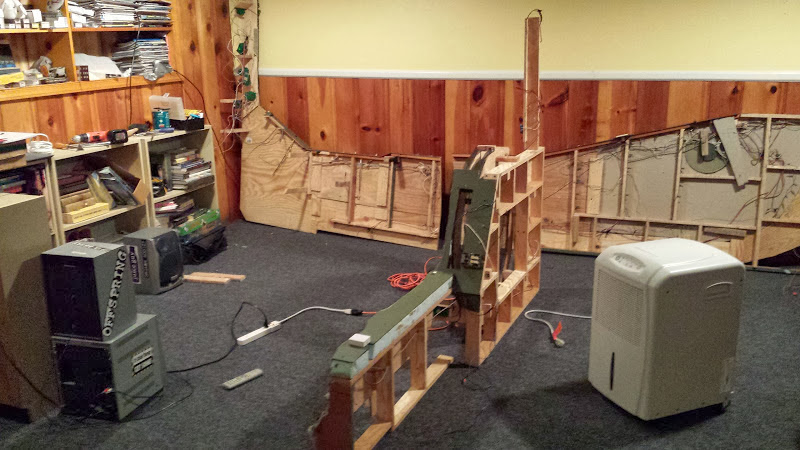 I am no real carpenter, but luckily I have friends who are! The promise of a few beers lured a bunch of compatriots from The Railwire over to my place on a Saturday afternoon to build the benchwork to support the newly christened Conrail Windsor St. Yard. 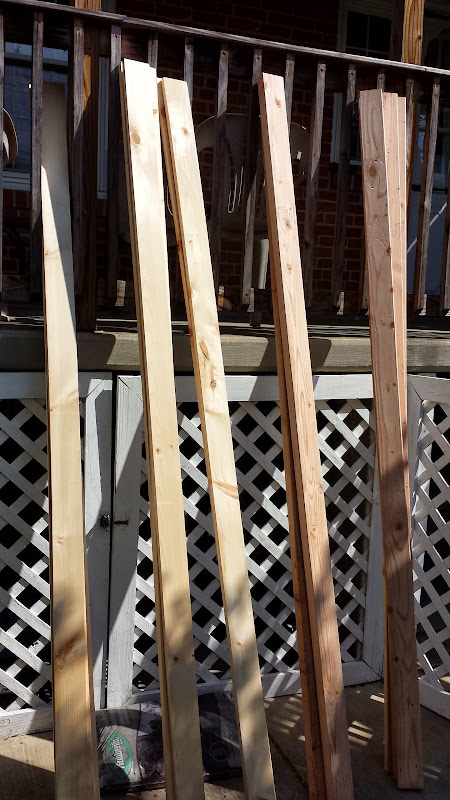 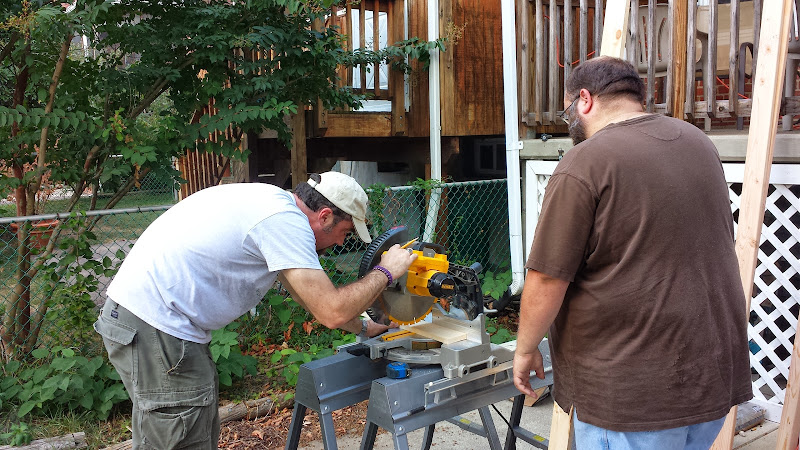 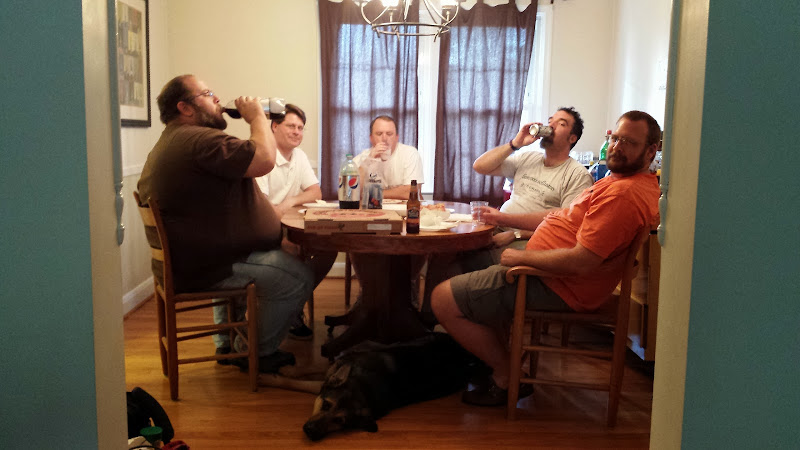 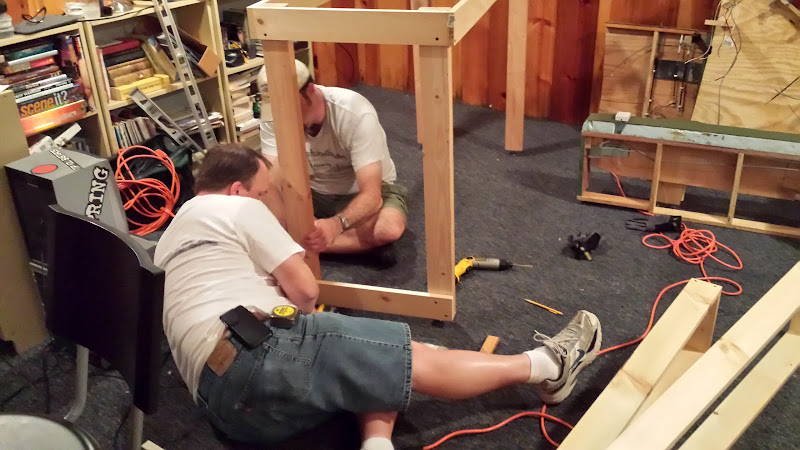 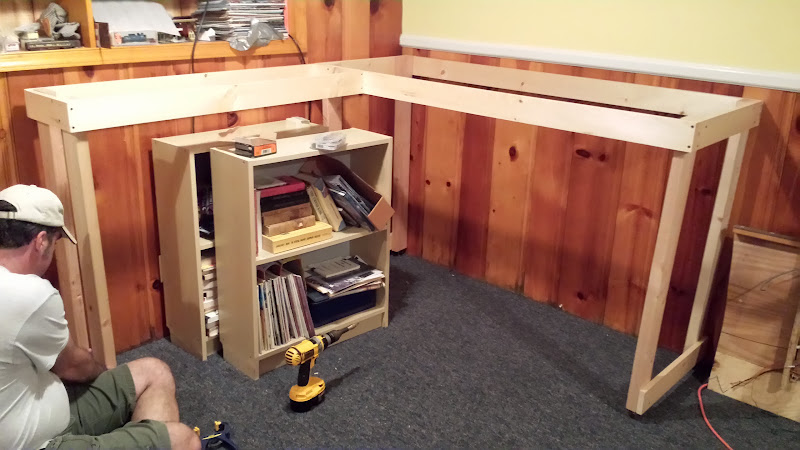 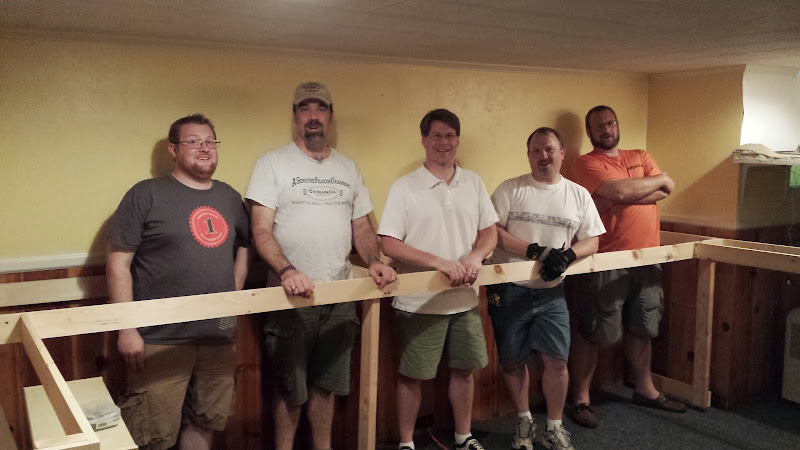 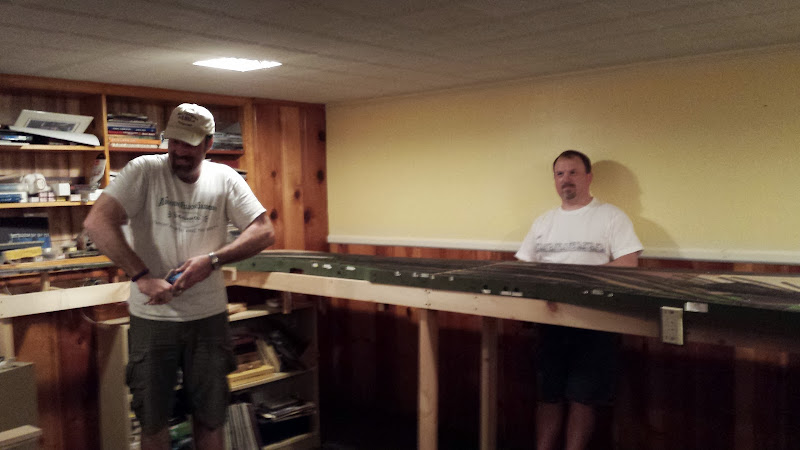 Now that the yard was on new benchwork, the work of restoring it to operation and making it truly Windsor St. commenced. That’s an ongoing project though. I’ll chronicle it in detail in another article, but you can follow along in real time (kinda) on my Conrail Windsor St Yard (York PA) Engineering Report thread on The Railwire.

This whole thing couldn’t have been done without the help of my friends though, who deserve due credit: Lee Weldon, of course, his son Andy, Phil Hoffman, Dave Foxx, John Hale, Russ Swinnerton and Tristan Ashcroft all deserve lots of thanks for doing the parts of the hobby for me that I suck at.

One thought on “Moving Hagerstown to York, and My Basement”