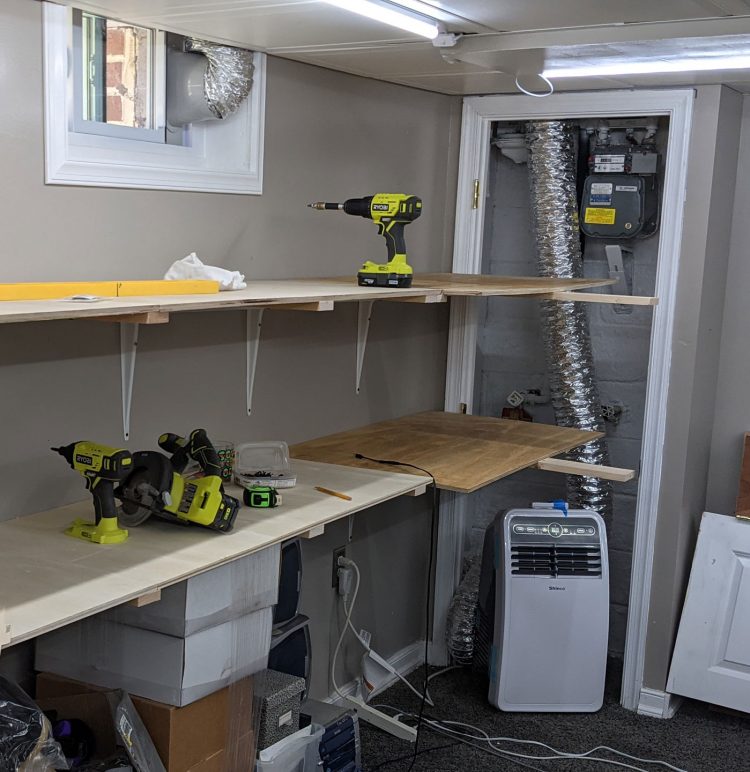 First an updated track plan. This hasn’t changed much in the past month but it quite different from the last published version here (although if you followed along on The Railwire thread this is old news).

The biggest change was in adding a third location in the middle of the grade. I decided to make New Freedom that spot, and make Parkton MD the bottom of the grade. Not only does this now give me a mid-grade passing siding and a good bit more run, but it ALSO lets me add in the complications of commuter operations running the 12″ from staging into Parkton. Not sure if we’ll actually run those, but it’ll be a fun possibility. This approach also let me get rid of the mid-run helix and instead have more visible trackage. I’d definitely call it a win and a I have to thank The Railwire crew for prodding me to do it. 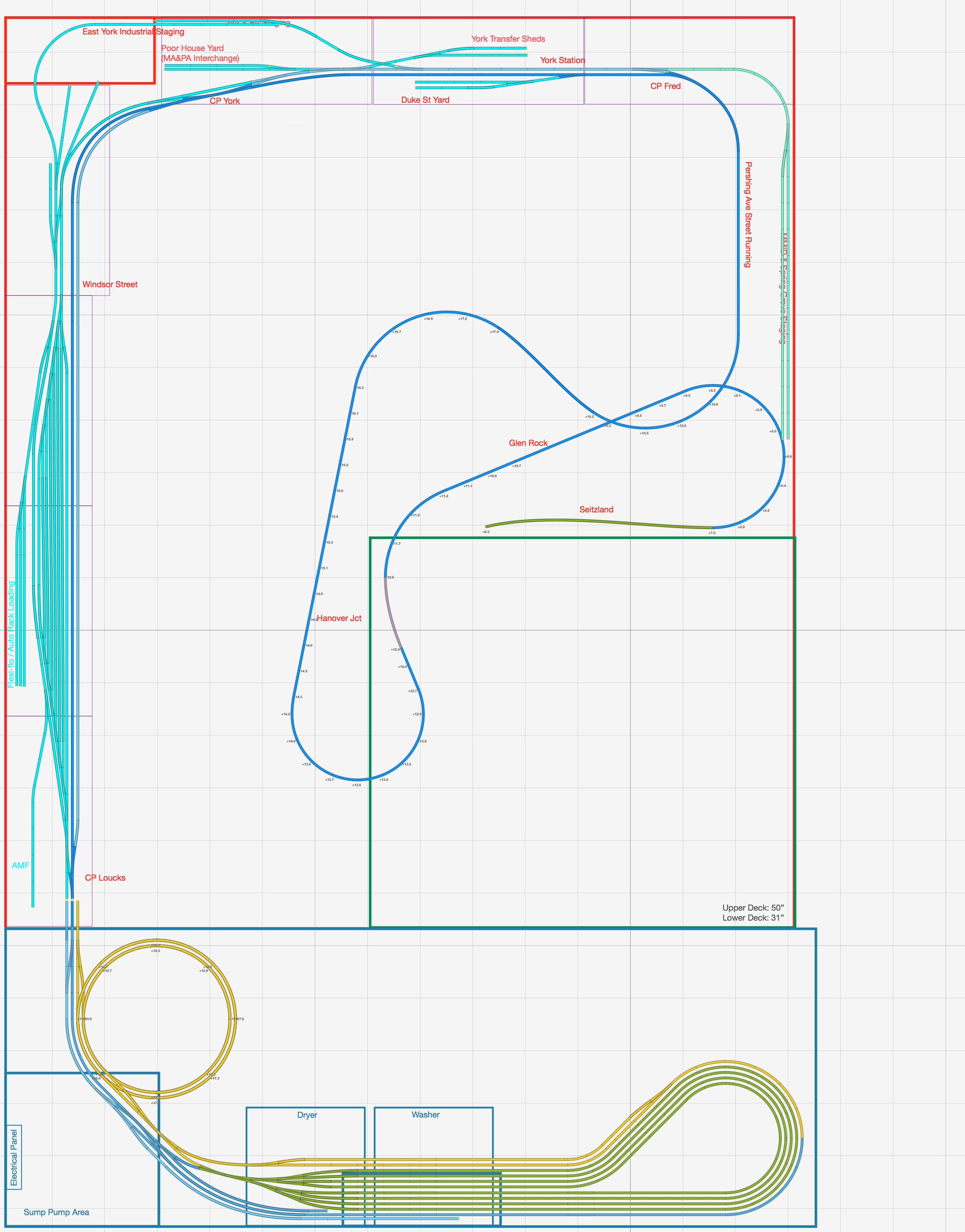 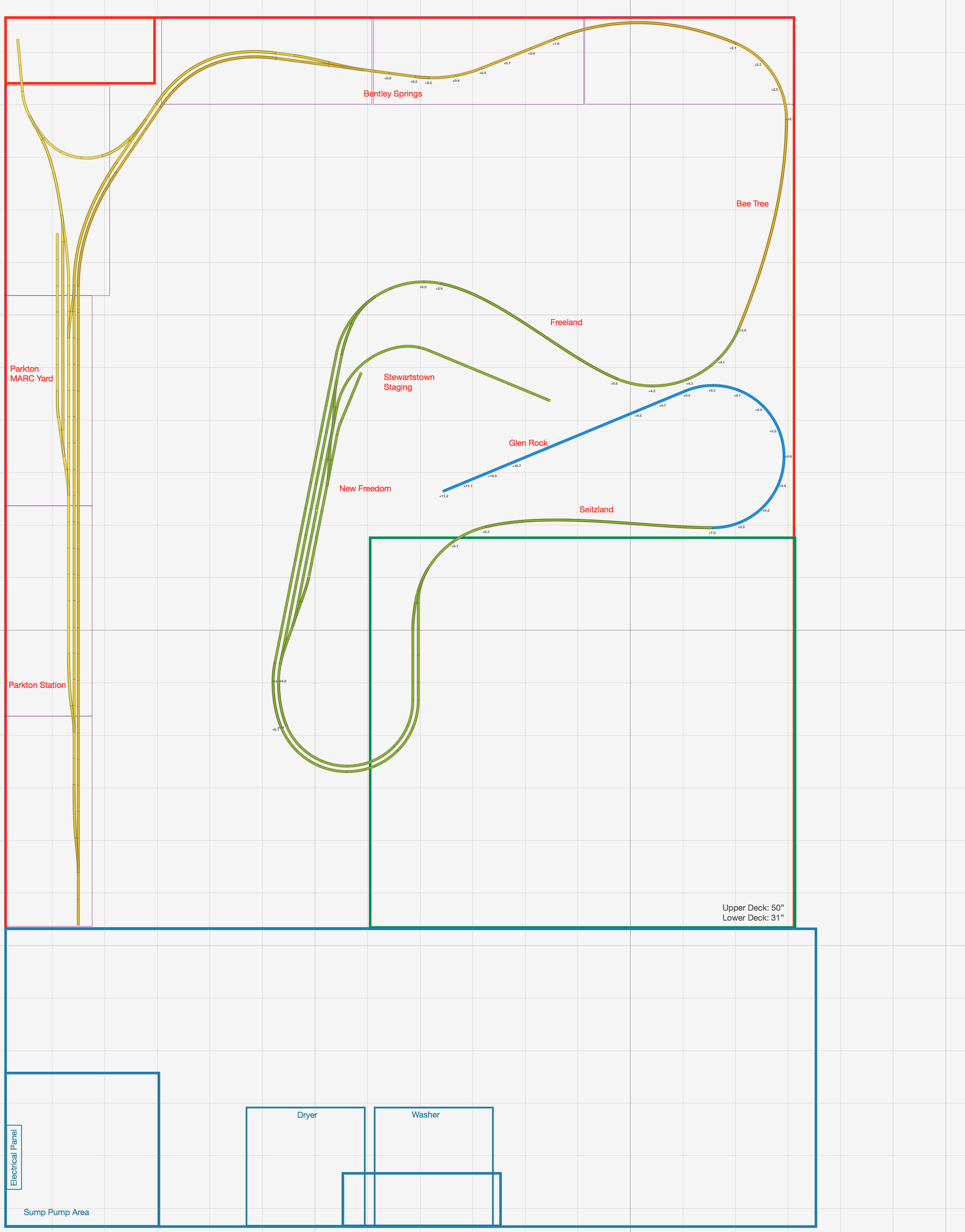 Ok. So next lets talk about some room improvements since they held me up on getting more benchwork up. The real reason I wanted to replace the window wasn’t just for venting. It was so that I could also install an air conditioner. There are two reasons for this: first, the basement gets hot, and second, I’ve always wanted to have the layout room be cooler than the rest of the house to help establish the fact that it’s a chilly December day in there. Having a separate AC unit for the room will let me do that. So, let me introduce you to Mr. Shinco. 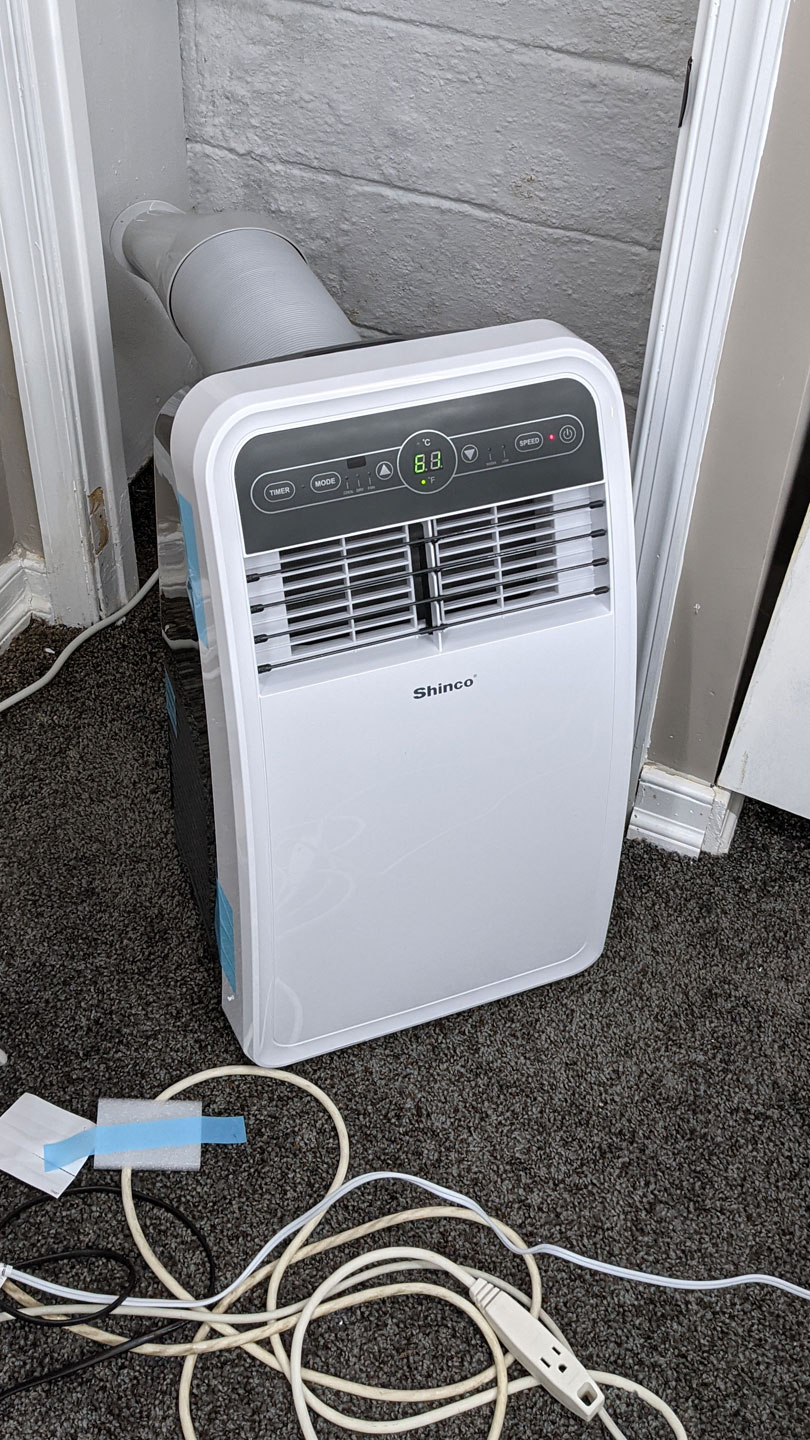 Getting him up and running was important because I needed to run the ductwork from it up, through the utility closet, through the ceiling, and then out to the window. This was a LOT easier to do without a layout in the way. You can see how it works here: 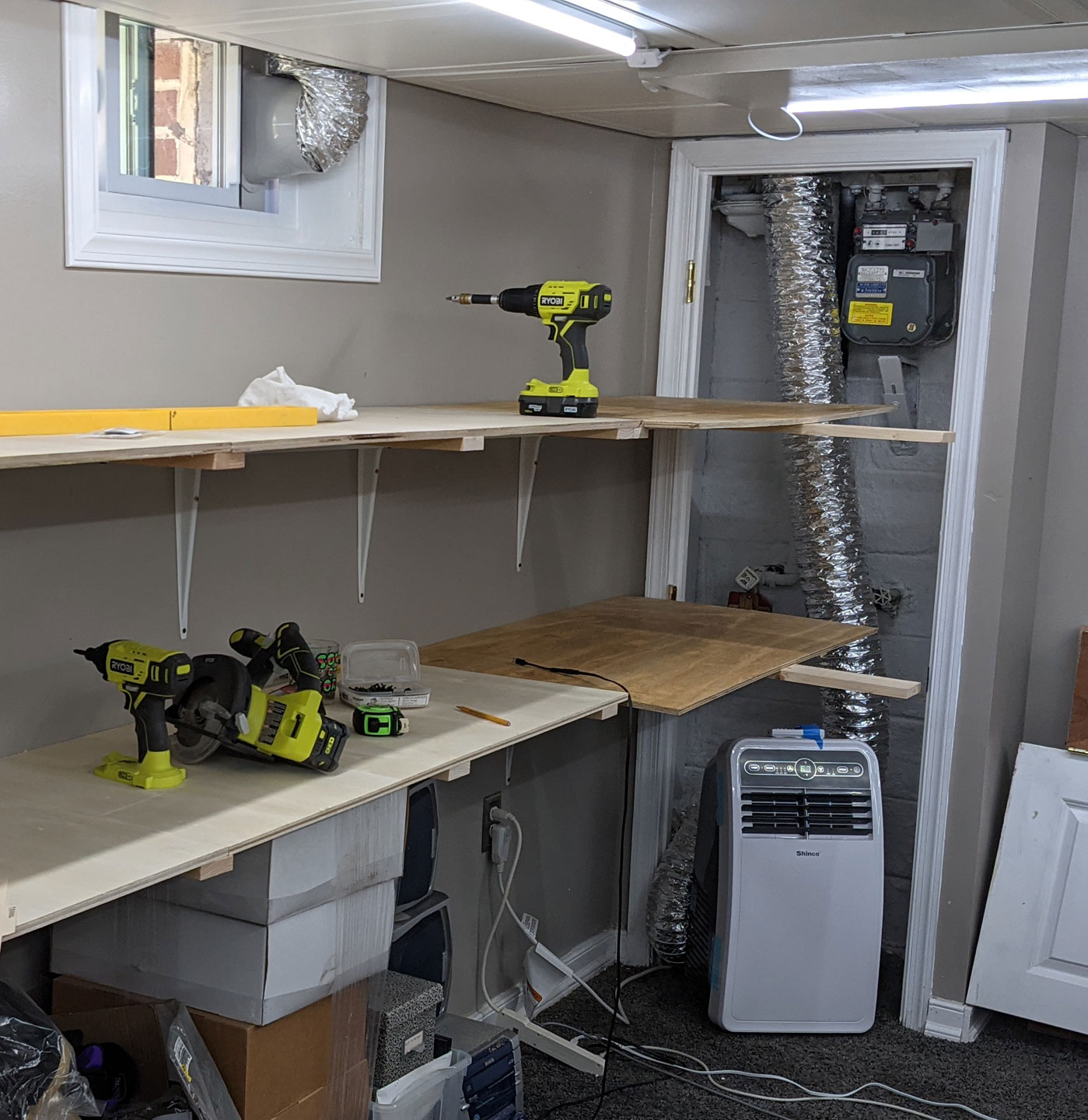 From there I then finished tearing down the rest of the old Coal Country layout (see this Railwire thread if you’re looking for some cheap doors to get your own layout started) and moving shelf construction along.

Progress has been slow because I’ve also been installing a new floor in one of the other rooms, but at least it’s still moving.