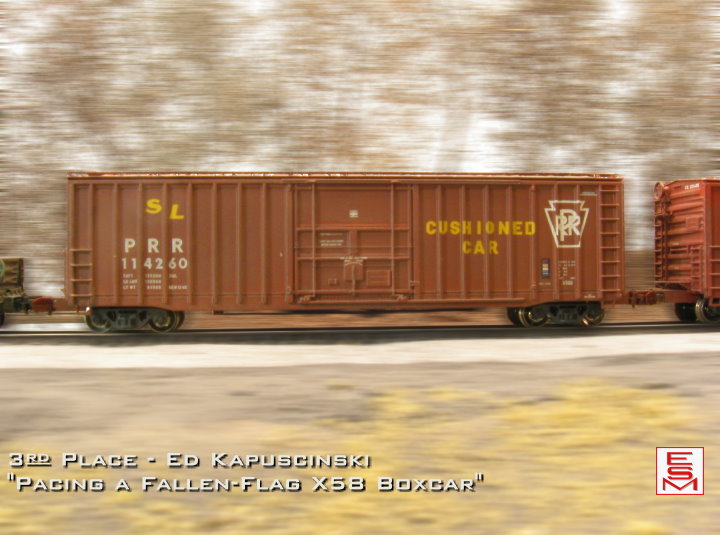 Eastern Seaboard Models makes some really great cars (including an X58 boxcar that I STILL laud over my HO modeler friends). They also have a yearly photo contest, and for the third year in a row, I got a spot on the podium.

This year’s entry was a pan shot of one of ESMC’s X58s on my NCR Shelf Layout.

As much as I wish I had done this with a practical effect, the shot was achieved by first shooting the car standing still, doing a bunch of manual masking in Photoshop (why did I have to choose a car with a roof walk??) and then doing some digital manipulation.

This is my third year in the top three. My first appearance was as a second place finisher behind the extremely talented David K Smith in 2013. Last year I won it all with Eastern Seaboard’s beautiful open auto rack.

I highly recommend that any N Scaler go like ESMC on Facebook to keep up with their great stuff, and future contests. I also recommend that HO modelers also go like them too, so they can see what it’s like to drool over stuff in another scale for a change!

Thanks for the honor, again, ESMC. It’s a lot easier to take good photos when you’ve got a great subject to start with.