Getting some ground cover down on the Windsor St engine terminal 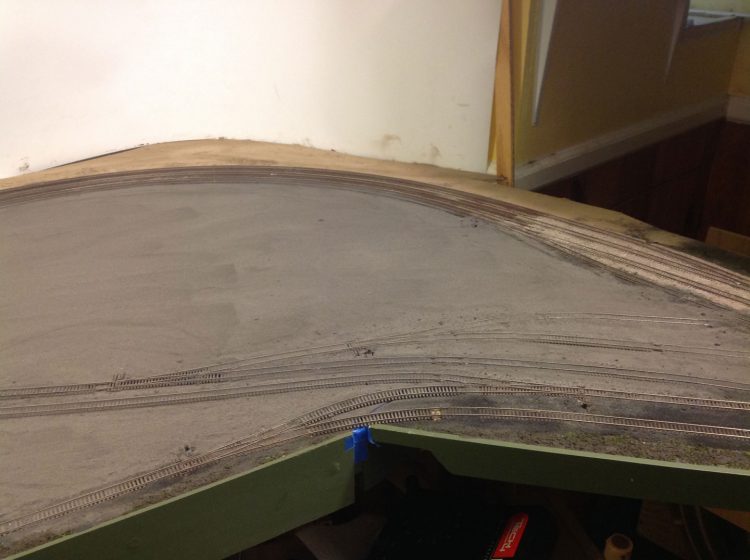 Converting the engine terminal from its original use when it was Hagerstown to its current use as Windsor St is one of the bigger scenicing jobs on the layout. This weekend, I made a big step forward on it.

As Conrail transformed itself from the broken down remnants of its predecessor roads to the modern successful road it became, partly, through facilities reductions.  My layout’s journey parallels that: being transformed from one railroad (the WM) to another (Conrail).

This is how things started out, on Lee’s WM. 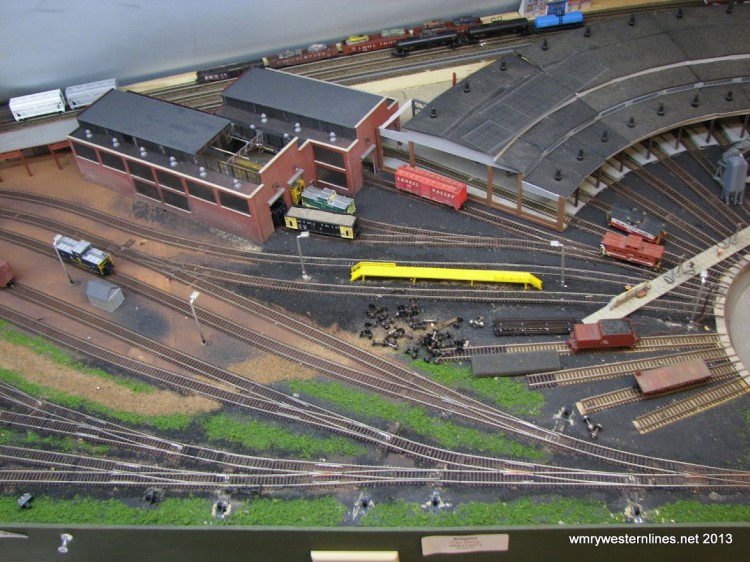 Things have changed though, first when the actual engine facilities were torn down.

First I filled in the turntable pit. 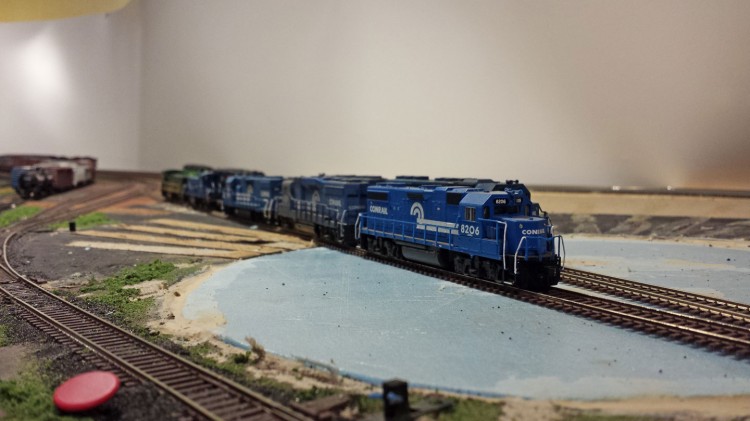 Then I re-graded the entire area by scraping up most of the remnants of the previous track base, and repainting the whole thing with black paint. 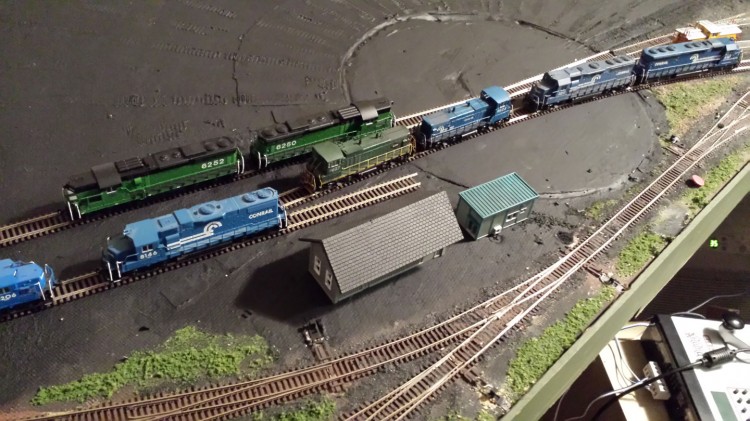 More recently, the actual “pit” tracks (which are really there now just for engine storage between assignments, were added in. 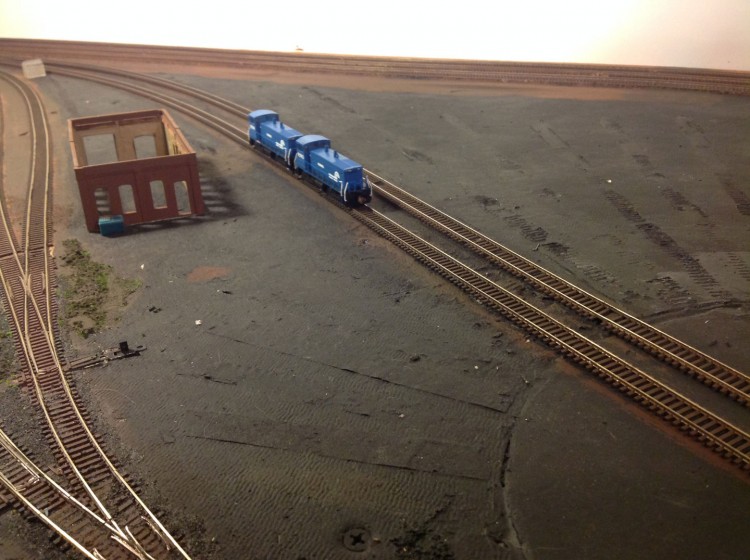 And, finally, this weekend, everything got covered in its first layer of “cinders”: sanded grout. 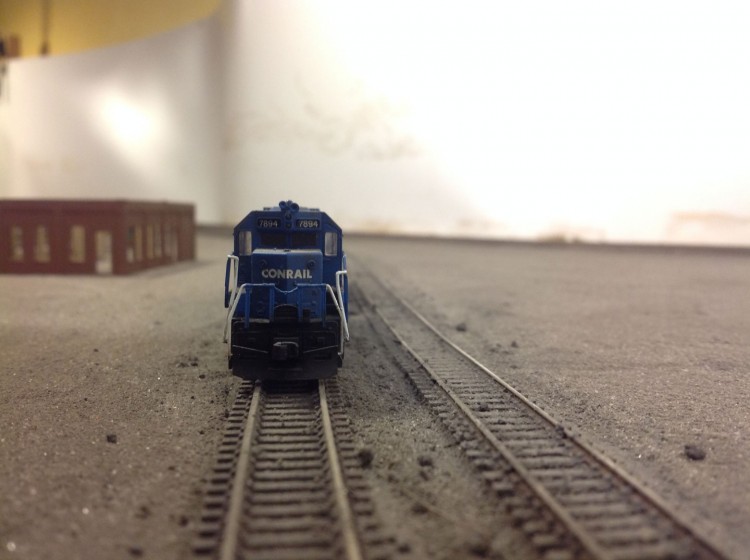 It really is astounding the difference between the original photo and these latest ones. It’s the same layout, but it’s significantly different now.